The Accents Aren’t the Only Problem in ‘Wild Mountain Thyme’ 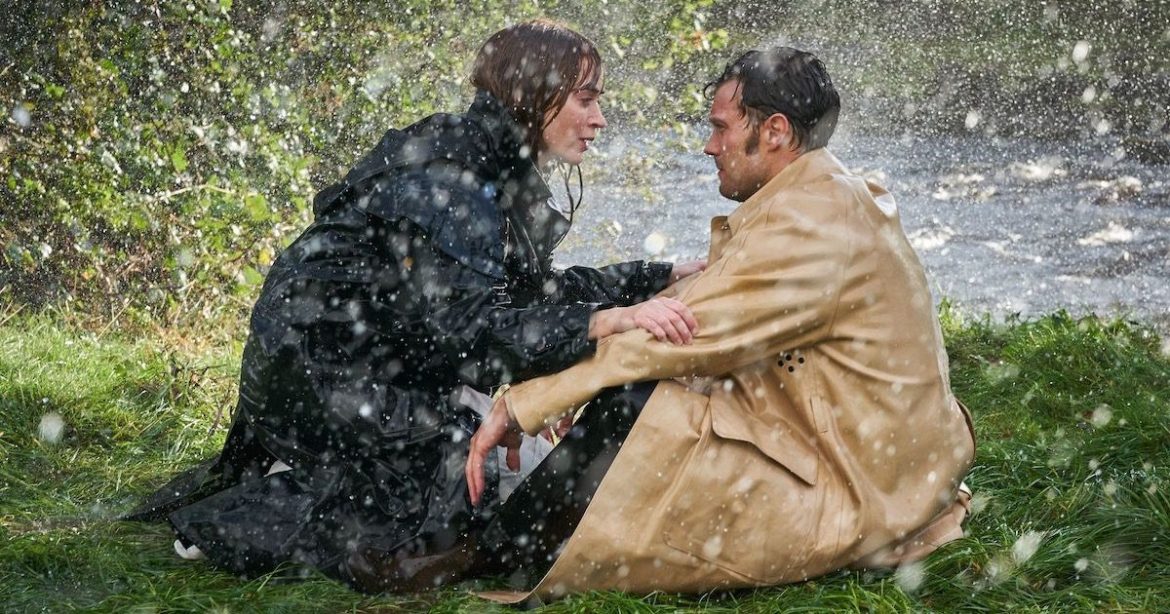 Stereotypes are a detriment to good writing. They create clichés, generalize the vast amount of nuance many cultures hold, and worst of all, they’re unoriginal. The Irish stereotype of a lush green land full of poor, but happy farmers who just want to find love and live a happy life is bland and uninteresting. It makes the characters paper-thin since it’s obvious how they’ll end up. There was an immediate backlash when the trailer was released for Wild Mountain Thyme with many people mocking the Irish accents many of the actors had to put on. Honestly, the accents weren’t terrible, but I can see where this criticism comes from. It takes away from the overall authenticity, but it’s not a dealbreaker whether the accents are real or not.

As for the story itself, Wild Mountain Thyme isn’t anything special. It basically follows Anthony (Jamie Dornan) and Rosemary (Emily Blunt) as they must deal with their own relationship since Anthony’s father (Christopher Walken) is thinking of not passing the family farm down to his son. Instead, he’s opting to sell the farm to his American nephew; much to the dismay of everyone around him. The reason Anthony’s father doesn’t want to give him the farm is because he doesn’t think his son will marry, so he thinks his nephew is the logical choice.

Later on in the film, Anthony’s uncle and cousin, Adam (Jon Hamm) comes to Ireland. Adam’s father goes with Anthony from the airport, but Adam decides to show up in a Rolls Royce just to impress everyone. What’s odd about this scene is how everyone reacts. Their reactions are very predictable; the old, Irish people are amazed at how beautiful the car is while the young, Irish people are cynical and wary about this foreigner and what type of farm owner he would be if the farm was his. He then strikes up a conversation with Rosemary about how weird Irish people are since both Anthony and Rosemary don’t know how many acres their farms are.

This is a pretty simple setup for what could’ve been an interesting drama, but it’s the characters that are the actual dealbreaker. For the most part, Anthony is the main character. He’s an uncertain, confused blank-slate of a character, who’s supposed to be the straight man to whom the audience can attach themselves. What doesn’t work about this is Anthony’s perspective isn’t shown throughout the entire film. Then there’s Rosemary; Anthony’s neighbor who has been in love with him since childhood. Random facts about her are sprinkled into the story which doesn’t amount to anything worthwhile. Finally, there’s Adam. As mentioned before, he likes to show off and loves attention. Still, outside of that one scene he’s never shown to love attention or show off; other people just say that he likes that stuff. This is a big example of completely ignoring the show-don’t-tell rule and further displays the film’s weak writing. 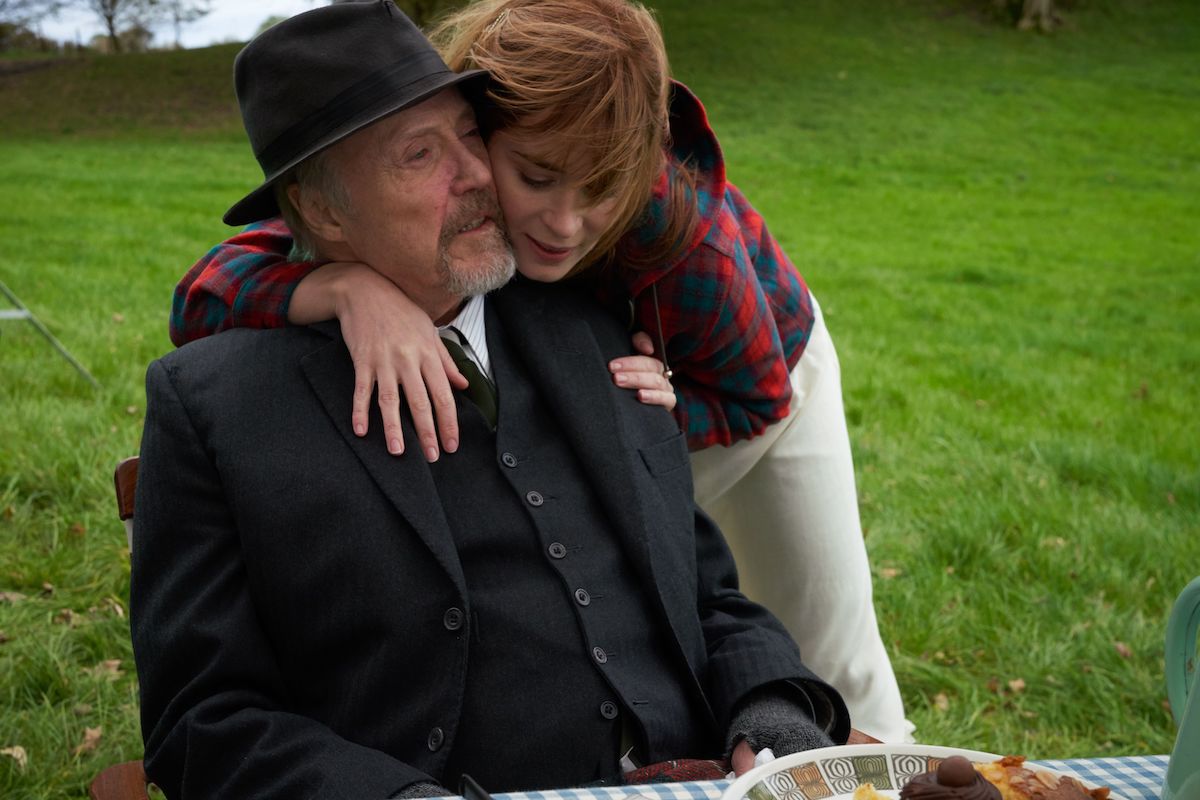 The story just isn’t captivating in the slightest. It’s a played-out, simplistic love triangle where it’s obvious who will end up together. The basic themes of “be who you want to be” and “follow your heart” don’t allow for much unique storytelling or character writing. It’s clear to see romance movies can tell great stories if enough thought is given to them. Movies like Atonement and Call Me by Your Name have writers who give depth to the characters featured in these films.

But what does Wild Mountain Thyme do right? The list may be small, but there are a few notable good aspects that this film offers. For one, the scenery makes for some beautiful sweeping shots that capture the landscape very well. The music, which got really repetitive toward the end, works pretty well in the beginning to convey the tone of certain scenes. Some of the comedy is surprising fun, and there’s one running joke that’s funny just in how seriously everyone takes it. As for the performances, Christopher Walken and Jon Hamm work very well in their respective roles. They have good line delivery and a decent level of emotion, but Walken does do the worst job with his accent.

So many things could’ve been done to make Wild Mountain Thyme a better film. If either Anthony or Rosemary had a definitive leading role, the story would be less splintered. Also, the whole plot, for whatever reason, is needlessly confusing. The story goes off in many weird directions and this throws pacing off. What would’ve benefited the movie most is if it was all played for laughs. Some of the dialogue is unintentionally hilarious, especially in the climax of the movie. If the Irish stereotype was played for as a joke, there could have been an emphasis on deconstructing it rather than just going along with it.

One of the biggest issues with Wild Mountain Thyme is it doesn’t have anything to say. It just goes through the motions of any typical love story with some of the more grounded plot beats missing just to cram more useless subplots. None of the characters have any more development past one or two character traits. Overall, there’s nothing truly exceptional in Wild Mountain Thyme, but if a simple romance story does sound interesting, then this one might be for you.

Thank you for reading! What are your thoughts on Wild Mountain Thyme? Comment down below!

[…] also made the right call using Ireland as its location. It is hardly a love letter to it, but it is a perfect setting for depicting the […]

[…] clothes fit the mood, they are perfect as two naive and lovable, perhaps codependent best friends. Dornan is an outstanding pick for Edgar, the tortured love interest, and he leaves behind any […]

[…] this film, prepare for the occasional cringe. There’s such an unnaturalness to her line delivery, it becomes fascinating. You can see she is really, really trying, but she just doesn’t have […]

Yeah, this looked dreadful but… I’m now reading there’s a completely insane twist which almost makes me want to see it. Almost.

I’d say watching the ending with no context is the best way to go about it.