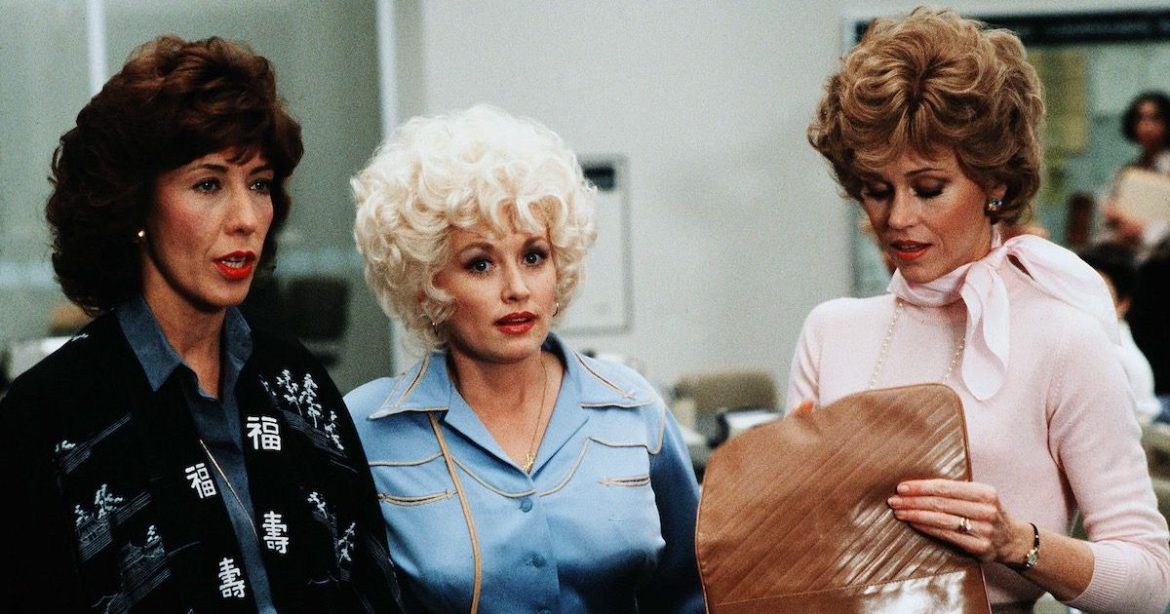 Sometimes, comedy’s purpose is more than a good laugh. It is able to make a point as few things can.

This year is the 40th anniversary of 9 to 5. Looking back on the last four decades, it is obvious to me why it wasn’t just your average workplace comedy. It was and still is a message movie. But the message is built into the laughter, making it more potent and therefore leaving its mark on the audience.

The More Things Change, the More They Stay the Same

These days, we don’t think twice about women having a career, regardless of their marital or maternal status. But forty years ago, women were just starting to get a foothold in the working world. The old ideas of aspiring to be nothing more than a wife, a homemaker, and a mother were slowly fading away. But just because the doors were starting to open did not mean that every job in every profession was automatically accepting women into their ranks.

I would love for this film to be nothing more than a reminder of how far we have come. But the reality is that the same still exist decades later. As far as women have progressed professionally, we are constantly reminded of how much more work ahead of us. Complaints about sexual assault in the workplace, the gender wage gap, and the lack of women in high-level positions are still rampant.

Every genre and every decade has its go-to villain. But not every actor wants to or can play an antagonist. But some are just so good, it requires the performer to play against type to prove they are not a one-note actor. In the early 1980s, Coleman was the actor.

Coleman’s character, according to the tagline of the film is a “sexist, egotistical, lying, hypocritical bigot”. I don’t think there is any better description of who this man is.

Besides 9 to 5, Coleman played an unethical, sexist soap opera director in Tootsie and a con man pretending to be a producer The Muppets Take Manhattan. The man has been acting for sixty years, but at that juncture in his career, he was the right actor to play the asshole.

The Fantasy Sequences Makes the Movie

If I had to name one part of 9 to 5 that has stuck with me over the years, it is the fantasy sequences. Though they are over the top and far from reality, it is the relief the audience and characters need. Doralee’s imagination turns her into the boss who not so subtly drops sexual hints and ropes in Hart like a wayward cow when he tries to run. Judy sees herself as a big game hunter with a large rifle. Her target is the man who is making her work life miserable.

But if I had to choose a favorite, it would be Violet’s. Turning herself into Snow White (complete with the iconic costume, the high voice, and cartoon animals as companions), she puts a little something extra into his morning coffee. I love the contrast between the sweet, docile Princess she is pretending to be and the anger that is boiling just below the surface.

There are two ways to create a “message movie”. The filmmakers can get on their soapbox, forcing the essence of their movie down the throat of the audience.  Or, they can create a compelling narrative and build the message into the screenplay. The first method may work, but will the audience respond in a positive manner? Probably not. The second method has proven successful because those who are watching the film may not be aware of the education they are receiving.

Forty years after its initial release, 9 to 5 is still highly regarded as both a classic comedy and a feminist story that is as true today as it was in 1980. I sometimes wish it was nothing more than a good movie. But unfortunately, it is as relevant as it ever was.

Thank you for reading! What are your thoughts on 9 to 5? Comment down below!

‘The Assistant’: When #MeToo Can’t Help