40 Years Later, ‘The Amityville Horror’ Feels Out of Date 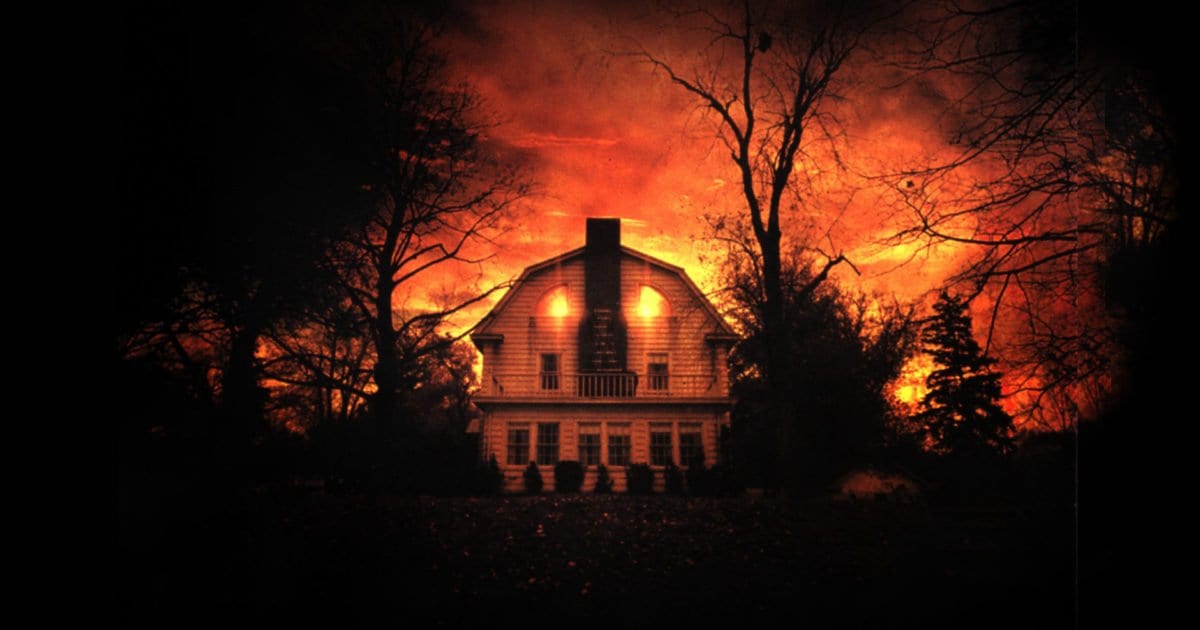 For its 40th anniversary, I recently watched the 1979 horror flick The Amityville Horror for the first time since I was fourteen. Needless to say, I find more humor in the antiquated film as a twenty-six year old than I did as a young teen. But in its day, the tale garnered profuse attention, primarily because the supernatural horrors depicted on screen were alleged to be true.

The story off-screen began with Kathleen and George Lutz, two newlyweds who moved to Amityville on Long Island, New York in 1975. They moved into the Amityville house the year after Ronald DeFeo Jr. infamously shot to death the six members of his family. Shortly after moving in, the Lutz’s claimed to experience a variety of spectral shenanigans, including slime running down the walls, a pesky fly invasion, and a demonic pig running around in the snow.

The Lutzes didn’t waste a New York minute in selling the rights to their story to writer Jay Anson. The author took the creepy tale, elaborated creatively on its various aspects, and then the final product, The Amityville Horror, was published by Prentice Hall in 1977.

The film from 1979 follows Anson’s novel closely. It stars James Brolin and Margot Kidder as the couple fated for a tempestuous ride in the Amityville house. With their three kids, the Lutzes gleefully move into the house, priced just low enough for them at $80,000, and they settle into what they expect will be a happy, comfortable life — and then the flies begin to gather. 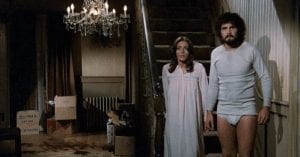 The film opens to the iconic facade of the house, with its gambrel roof and triangular windows on either side, staring out like squinting eyes. The latter feature is utilized emphatically in the opening scene as the small windows flash like demon eyes during the DeFeo murders. The camera even cuts to a close-up of them to really drive the point that the house is alive.

The awkward cinematography continues when the Lutzes tour the house months after the murders. When the realtor opens the doors to the bedrooms where the people were killed, we get sudden flashbacks to the previous murder scene, just to remind us of what we may have forgotten.

After they finish touring the house, we learn that Kathleen’s only qualm about her first home is that it contains a violent past. If we had known of Kathleen’s misgiving before they toured the place, the flashbacks would have made more sense since the audience would attribute them to her own trepidation and premonitions.

The People are More Unsettling Than the Ghosts 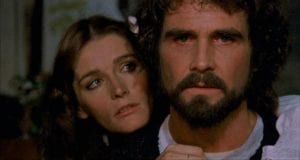 Image via Nightmare on Film Street

From the lady realtor with the large glasses and eerie deep voice, to the overly gregarious nun, to the little girl who appears out of nowhere even though she’s corporeal, the human characters in the film are more unsettling than the demonic spirit of DeFeo and the red-eyed pig.

From the start, Brolin had me wondering, “Will George ever make an expression?” The stoical man is such a difficult read that I almost prefer seeing him possessed by DeFeo; at least it gives him reason to emote.

But Brolin isn’t the only actor whose wooden performance creates an uncanny aura. The children, Kathleen’s brother, and even the priest seem more like B actors than experienced Hollywood celebrities. But the acting isn’t entirely low grade as each actor has a few lively and tense moments. But on the whole, the actors seem to sleepwalk through the film until the climactic ending. 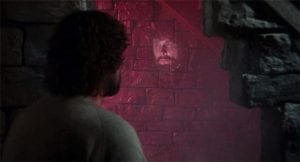 Image via Midnight Only

It’s hard to get past The Amityville Horror‘s background and selling point as a true story. This creates a distraction for a dubious classic film buff like me who enjoys horror in a fictional context but becomes wary when Hollywood tries to peddle supernatural horror as nonfiction.

If the controversies surrounding the Lutz family aren’t enough to raise doubts — including lawsuits and reports from their son that his parents perpetuated a hoax — then the happenings in the film might be a little hard to accept as reality. In one scene, I found myself laughing when the Lutzes find “the path to hell” in their basement. The gulf in the wall flames red and houses the floating head of DeFeo.

Naturally, the special effects aren’t impressive to a modern viewer. And while that doesn’t prevent some films from remaining relevant–such as Salem’s Lot or Halloween —The Amityville Horror doesn’t have the right pace to keep us in suspense, nor does it have impressive enough acting to make up for the outdated effects.

Though we still have a variety of films that have come out this decade that follow in the footsteps of The Exorcist and The Amityville Horror, the horror genre has started to move away from jumps scares, demonic possession, and all the usual tropes we’ve come to expect. Jordan Peele (Get Out and Us) is especially instrumental in showing audiences that horror can be intelligent, funny, as well as frightening.

Is it Time to Abandon the Amityville Lore? 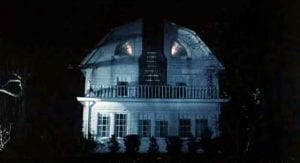 There have been twenty-two Amityville films to follow the one in 1979, even a fairly recent one in 2018. For decades we’ve been intrigued by this Dutch Colonial house with its hideous past, comparable to the infamy of the Holcomb murders but with the supernatural seasoning the tale. There have been documentaries favoring the Lutzes story and plenty debunking it. In other words, the topic seems truly exhausted. And with the tropes of poltergeists, children with invisible friends, apoplectic priests, and angry demons bombarding the horror genre, isn’t it time to wrap it up and move on?

Moving forward from its 40th anniversary, I hope we can remember The Amityville Horror as an interesting chapter in the genre, without clinging to it steadfastly as movie studios have done. It’s horror from people like Jordan Peele that I believe we should look forward to in the coming years; the kind that reveals truths through fiction rather than telling the audience more than little white lies for the sake of profit.

Thanks for reading!  Do you still enjoy the original Amityville Horror?  Comment down below!

There’s a theory Stephen King posited that the original made so much money because it hit at the same time as a recession. That it was much the horror of being tied to a house you can’t afford to leave and has the constant threat of dragging you under financially as ghosties. I wondered if the Ryan Reynolds reboot might have clicked more if it had been released in 2009 rather than 2005.