The 30th Anniversary of ‘Ghostbusters II’: It’s More Fun Than We Remember 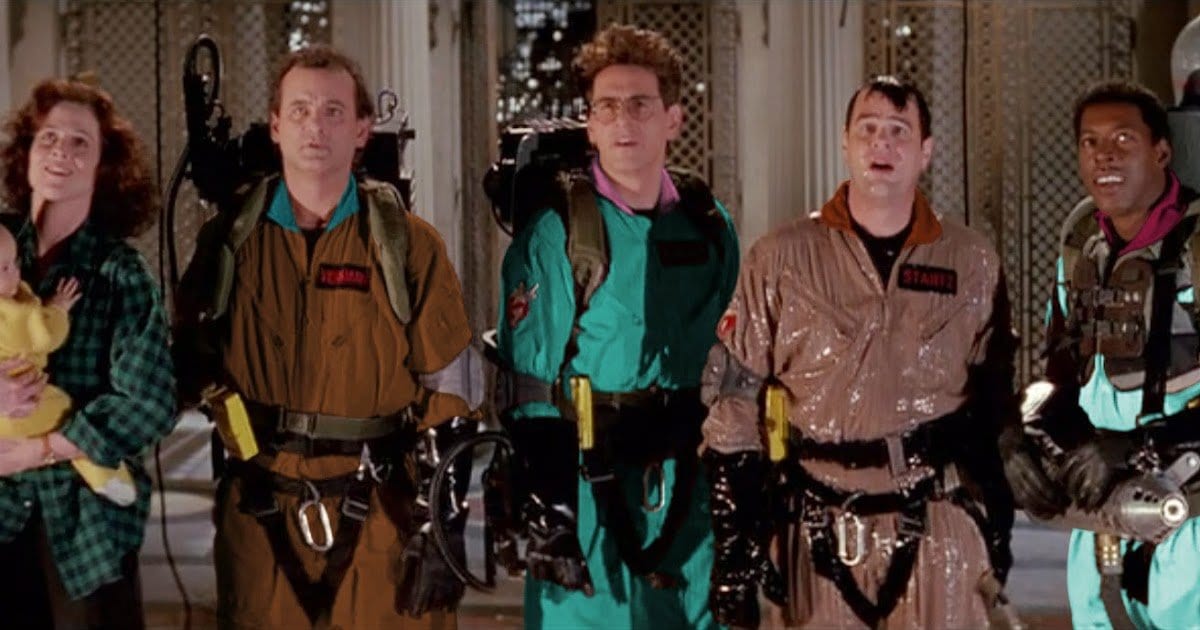 My mother and I went on a cross-country Greyhound bus trip in the summer of 1989. At the time, they had a pass you could buy that gave you a lot of freedom. We made several stops: some for a few days, some for just a few hours. Our main goal, however, was to visit New York City.

We arrived in late July, I believe and stayed with an old friend of mom’s. Said friend had an apartment in Battery Park, near the World Trade Center. He worked long hours, so we were on our own a lot. One evening, in Times Square, we got the idea to take in a double feature: Ghostbusters II, and Karate Kid III (both of which had been released that June). Since I really don’t recall anything about the latter, this article will focus on the former.

If you haven’t seen it, and intend to… spoiler alert!

The main reason Ghostbusters II (: The Secret of the Ooze) was more memorable for me, was where we saw it. Being with a New York City crowd to watch a film centered there, is quite an experience. Many of the references and jokes got more of an audience reaction than they would have back here in California. For instance, there is a line during a courtroom sequence, where Peter Venkman (Bill Murray) is asked why he and his colleagues dug a large hole in 1st Avenue. Venkman replies that there are so many holes in 1st Avenue, they didn’t think anyone would notice. This line resulted in several knowing chuckles in both the courtroom gallery on screen, and among those in the theater. Further “inside jokes” and references were sprinkled throughout the movie, and the audience really seemed to appreciate them.

As you can imagine, the crowd absolutely erupted when The Statue of Liberty started walking around. To be fair, that probably would’ve gotten a reaction anywhere, as it was an impressive visual at the time. I must say, nothing landed quite as well as the scenes set there in Times Square. The climax of the film takes place on New Year’s Eve, so, naturally, the Square was featured. It is the number one destination on that night, after all. It was almost surreal experiencing a movie right where it was set, and I’m so glad to have those memories.

The thing I recall most vividly from that initial viewing, oddly enough, was a joke the man seated behind me cracked. When the painting of Vigo the Carpathian came to life, the man remarked, “he looks like Bon Jovi.” Now, the 10 (and 3/4)-year-old me felt a twinge when he said this, because I had a crush on Jon Bon Jovi at the time. And Vigo is evil, and not so dreamy. I was not amused, and not quite sure how to respond. I went with rolling my eyes toward my mom, who was looking at me to gauge my reaction. In my subsequent viewings of the movie, I laugh when that scene arrives. And now, 30 years removed from that night, I… kind of agree.

Such a lovely painting of Jon Bon Jovi… or Ted Levine. Image via Mental Floss.

Peter MacNicol is a Genius

I don’t think it’s much of a stretch to say Peter MacNicol gives the most memorable performance in Ghostbusters II. Especially considering Bill Murray seemed like he didn’t want to be there. Dr. Janosz (pronounced, “yah-noash”) Poha was, in the original script, “a generic villain,” named… Jason. Yeah. Doesn’t quite have the same ring to it, does it?

MacNicol decided to give his character more development, and I think anyone who’s seen the movie is grateful for his efforts. As part of the backstory MacNicol created, Dr. Poha actually hails from Carpathia. This is never actually revealed in the movie, but it explains a few things. Being from Carpathia is probably why Janosz is so protective of the Vigo painting, and why Vigo selects him as his somewhat willing minion. It’s also the reason for that fabulous, nondescript European accent, present despite Janosz telling people he is from, “the Upper West Side.”

Janosz is just so much fun, and MacNicol clearly had a great time playing him. Dude is a legend. I mean, just look at his introduction scene. “Everything you are doing is bad. I want you to know this” is arguably one of the best lines in the entire movie. It’s really all in the delivery, which he nails.

An aside, of sorts: There is a young man in the scene below whose presence in the film is kind of cool, in retrospect. He’s wearing a blue shirt, and his name is Jason. He is none other than Jason Reitman, director of Juno, and Tully. His father Ivan, of course, directed the first two Ghostbusters films. So his line, “you know, my dad says you guys are full of crap?,” is actually a pretty decent meta joke. I thought it was worth mentioning.

Beyond the fun of seeing the movie in Times Square, and reveling in the beauty that is Janosz, the music was likely my (third) favorite part. The soundtrack was solid! Naturally, Ray Parker Jr.’s original Ghostbusters theme is present, along with a late-80s refresh of sorts, by rap pioneers Run-DMC. The latter is used quite effectively in a “we’re back” montage. Then there is the ever-so-catchy gem by Bobby Brown, “On Our Own,” used in conjunction with Brown’s cameo as a doorman. It will get stuck in your head, so prepare yourself. I mean… name a musical genre more fun than New Jack Swing… I’ll wait.

Arguably the best use of music, though, is the classic, “Higher and Higher.” The original, by Jackie Wilson, is used during a scene where Egon (Harold Ramis), Ray (Dan Aykroyd), and Winston (Ernie Hudson), are showing Peter (Bill Murray) how the “mood slime” responds to the song. While inside a toaster. Which dances on a pool table. I mean, that’s just cinematic gold, really. The song is reprised (though a cover version is used) for the sequence where the slime is used to make the Statue of Liberty stroll through Manhattan. Both are quite memorable appearances of the song. The music, honestly, brings up the overall quality of the film.

Who doesn’t love a toaster dancing to Jackie Wilson? Image via kissthemgoodbye.net

I’m not saying Ghostbusters II: The Secret of the Ooze (its long-abandoned subtitle) is a classic not to be missed. I’m not even saying it’s as good as the original, which, despite the lens of nostalgia, also has its flaws. What I am saying is, this movie is actually pretty fun. And probably not as bad as you remember. Especially when you consider MacNicols’ Dr. Janosz Poha, and the music. And Sigourney Weaver‘s priceless facial expressions. And the very existence of Harold Ramis’ Egon, my favorite Ghostbuster. So, give it a chance (or another one). If you can somehow manage to see it with a bunch of New Yorkers, do it!

Thanks for reading!  What are your thoughts on Ghostbusters II?  Comment down below!

Thanks for the support, lovely MB readers. :) For some reason, my phone is giving me attitude about liking or replying to your comments.

There’s even an Elton John song (“Love is a Cannibal”) on the soundtrack, which I had forgotten until today. Wow. Ha. It really is legendary.

Also, one of my favorites back when it came out was “Spirit” by Doug E. Fresh & the Get Fresh Crew.

Nice post! I actually don’t remember much about this movie, just something from the first part and that’s it. I certainly didn’t remember Jason Reitman’s joke! X—D
I’ll look for the DVD and add it to my collection, now I’m curious to watch it.
By the way, doesn’t Bill Murray look like he doesn’t want to be there in all the movies hes in?

Thanks for giving this movie the praise it deserves! Is it as good as the first one? No, but its not as bad as fans paint it.

One thing that Ghostbusters 2 definitely has going for it (even over the first movie) is more Ernie Hudson. He’s in the whole picture this time instead of being introduced in the second half and is given way more to do. It’s nice seeing the most underrated Ghostbuster get as much screen time as his partners.

5 Reasons Why Tom Cruise is the Craziest...