‘The Shawshank Redemption’ is Nothing Short of Lightning in a Bottle 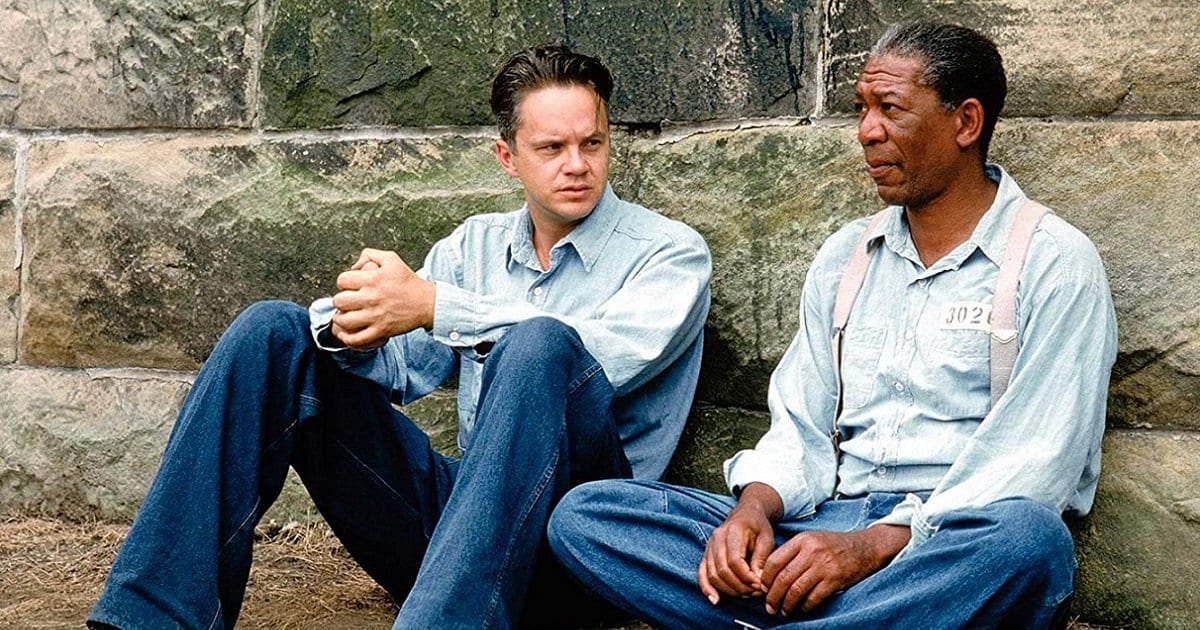 The Shawshank Redemption turns 25 this week. Other than the current age of its actors, the film doesn’t show its age. I had the opportunity to revisit it on the big screen for its quarter-century anniversary. I’ve seen more than my fair share of movies on the big screen this year, but none of them even come close to the experience I had watching Shawshank. This isn’t a slight to 2019’s cinematic offerings, but a testament to The Shawshank Redemption’s excellence.

After seeing it blown up and displayed as it was originally attended, I have thoughts aplenty. Fortunately, I also have a space to share those thoughts, and share them I shall.

This movie is much funnier than I remember it being. Part of what makes The Shawshank Redemption work so well is how effortlessly it seems to balance its darkness and light. Much like Byron Hadley, the film doesn’t hold back with its gut punches. At the same time, it knows when to give its audience some much needed emotional breathing room.

Andy’s conflict with the Sisters, his heart to hearts with Redd, and his showdowns with Warden Norton are all effortlessly spaced out by the subtle humor of the script. Also, director Frank Darabont knows exactly how to utilize his actors. When it comes to humor, he uses Morgan Freeman and William Sadler with greater accuracy than Bradley Coopers’ Chris Kyle.

When it comes to film scores, the big names of the past twenty-five years are John Williams, Alan Silvestri, Danny Elfman, and Hans Zimmer. Then there are other names you’ve probably heard such as Michael Giacchino, Ramin Djwadi, and Randy Newman among others. One name not heard so often — though still incredibly iconic — is Thomas Newman. However, I guarantee you’ve heard his work. While Shawshank is arguably his magnum opus, he’s also known for his work on Finding Nemo, WALL-E, Skyfall, and Jarhead.

Thomas Newman’s score for The Shawshank Redemption is sincere above all else. Very few scores mirror the film’s lead as well as Newman’s score mirrors Andy Dufresne. The score is sad and melancholy, almost as drab and unreadable as Andy at the beginning of the film. When Brooks decides to end his own life and Redd contemplates following suit, it’s tense and depressing. And when Andy finally escapes and comes out clean on the other side, the music washes him of the pain and suffering he experienced between Shawshank’s mellow walls.

There’s a reason this score was a top contender for the 67th Academy Awards, and Newman’s second score to be nominated that year. Even though it ended up losing to Elton John and Hans Zimmer’s work on The Lion King, it’s still the winner in my book.

If you ask Morgan Freeman why The Shawshank Redemption flopped at the box office, it’s because of the somewhat unusual name. If you ask anyone who’s seen it why the film has managed to rebound, it’s because of the heart. There’s no denying it, this movie is something special. Andy’s lessons of hope and journey towards emotional and physical freedom are something we can all relate to. At the same time, we’ve all found ourselves as hopeless and cynical as Redd.

The Shawshank Redemption works because it isn’t afraid to explore the extremes of both hope and despair. We see the true highest of highs and lowest of lows. Frank Darabont takes us on a journey that forces us to look deep into ourselves and to see the same nightmares and pipe dreams that his characters see. Andy and Redd’s hearts beat loudly, and they resonate beat for beat with what we as an audience feel.

No movie will ever be made quite like this one. There, quite simply, and quite indefinably, is a magical element to The Shawshank Redemption. It could be Frank Darabont’s love for Stephen King’s works or King’s prowess as a writer. Maybe it’s Darabont’s commitment to take a lesser salary in exchange for the opportunity to direct his written vision. Perhaps its the fact that Roger Deakins is nearly a god when it comes to framing an image. Or, maybe the magic lies in Tim Robbins’ subtle performance or Morgan Freeman’s mythical presence.

I believe its a once in a lifetime amalgamation of all of the above. So many fantastical elements came together to create something special. The result is The Shawshank Redemption, a timeless story about loss, hope, and restoration.

Thanks for reading! What are your thoughts on The Shawshank Redemption? Comment down below!

[…] duo then traverses the underworld, confronts their biggest fears, and befriends The Grim Reaper (William Sadler). Afterward, Bill and Ted manage to rise from the dead and claim their Rock N’ Roll […]

“Shawshank Redemption” is one of my all-time favorite movies for the reasons you mention. Thanks for spreading the word to people who may not have seen it.