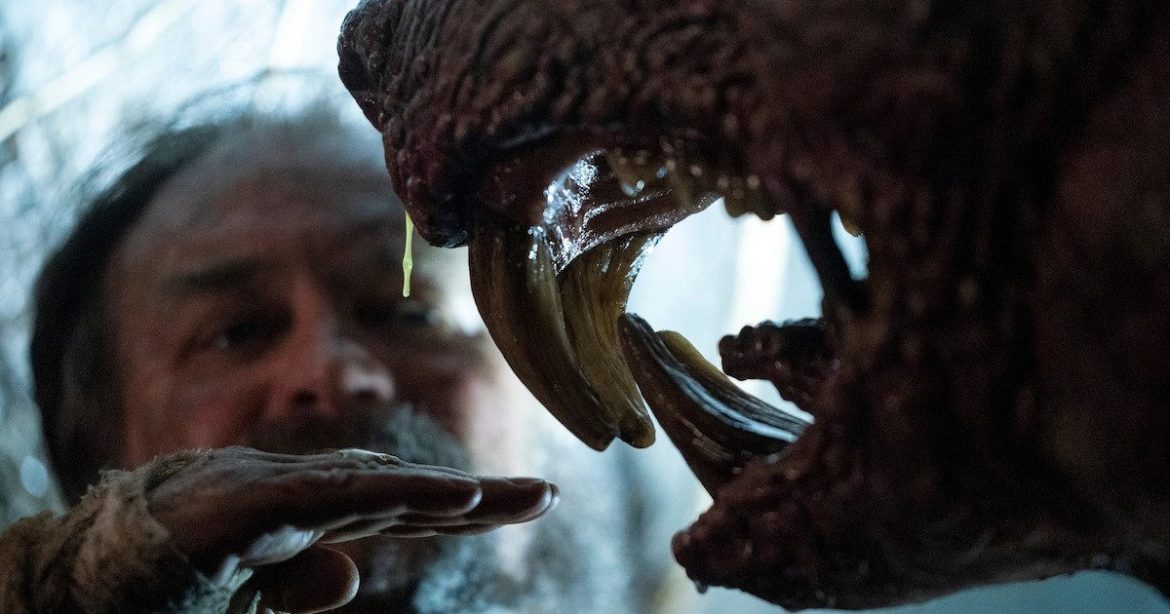 The second episode of Cabinet of Curiosities is a much sillier fare than its predecessor, and that’s not a bad thing. From its title, you can probably deduce the story’s main threats. Though naturally, the real threat is humanity’s hubris, this time coming in the form of Masson (David Hewlett), a grave robber with extremely bad luck.

Taking place in 1920s Salem, Masson finds himself indebted to the wrong people. His main source of income is grave-robbing, but unfortunately, a scurry of rats keeps stealing the most precious items from the graveyard’s corpses. When a big score comes along, where a wealthy man is buried with a saber originating from royalty, Masson is willing to do whatever it takes to retrieve it, even if it means burrowing down into the earth with the rats himself.

Graveyard Rats is based on a short story by Henry Kuttner, published all the way back in 1936 in Weird Tales. The guest director this time is Vincenzo Natali, known mostly for the cult classic, Cube.

Natali’s output can be very hit-and-miss. They generally have interesting ideas, though they don’t always gel satisfactorily. Still, nearly all of them are worth seeing.

Don’t expect any heady philosophical musings in Graveyard Rats though. This is just Natali having fun with a nice piece of horror anthology schlock.

While the first part is mostly set up, introducing us to the hapless protagonist and the rotten life, the second part is essentially one big chase. Both parts are extremely entertaining, with Hewlett’s performance being the highlight. Masson is pitiable, though, at the same time, you know that most of his troubles are the fault of his own. In many ways, he reminded me of Stephen King’s character in Creepshow.

His reactions to the many terrifying obstacles on his path are some of the most darkly humorous scenes you will see this year. You’re not sure if you want him victorious by the end, or see him suffer even more since they’re so darn funny.

Note that this episode works better as a dark comedy than outright horror. Though, as someone suffering from claustrophobia, I did get goosebumps just thinking about crawling through these dark tight spaces.

If you are afraid of rats, then this episode might freak you out. Though, admittedly, most of the rats don’t look remotely convincing. I understand not using real-life rats for many of the shots, as they are extremely hard to work with — as the filmmakers of 1971’s Willard can attest to. For most of these shots with the smaller rats, it’s easily forgivable, even if these shots look pretty bad. It’s just one in a particular case, the specifics of which I cannot spoil, that one wishes they would have used traditional animatronics instead.

Admittedly, they use a mixture of practical and digital, and sometimes, it looks really good. But the digital piece does take away some of the schlocky fun. Again, cannot say too much, but those who’ve seen 1990’s Graveyard Shift, will know what I mean.

Unfortunately, I think this will be my main contention with this show: the lack of practical effects. It lacks that extra little magic that makes these genre pictures (or TV shows) so special.

Don’t let this deter you from seeing it though. Graveyard Rats remains a great second episode of a promising anthology show. While the previous episode felt closer to a Tales from the Crypt episode (sans bad puns), this one feels closer to a great segment of a Creepshow movie.

And as any anthology movie/show fan knows, that’s a huge compliment.

Thank you for reading! What are your thoughts on Graveyard Rats? Comment down below!