Movies that Could Benefit from a blink-182 Song 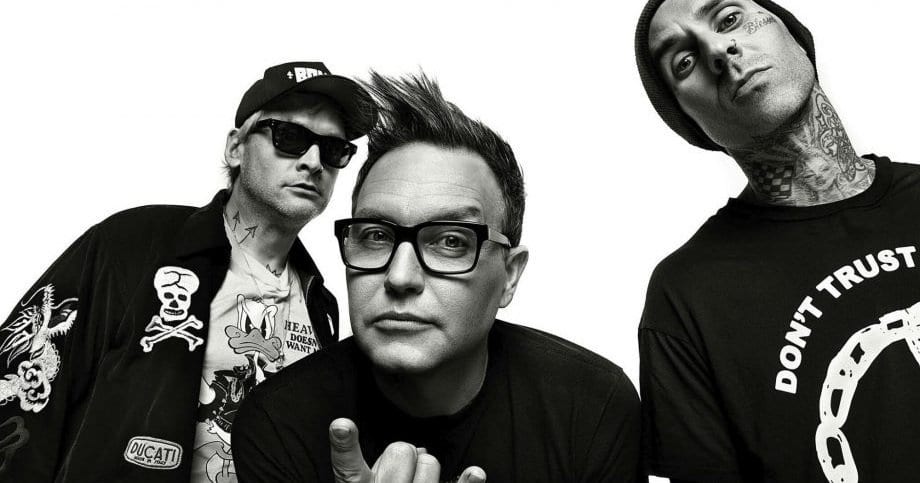 blink-182 is one of the most prolific punk rock bands of recent years (the 90s are recent — fight me). They emerged on the scene in the 1990s and have managed to stay relevant throughout the 2000s to today. And their new album, Nine, is actually pretty dang good, no joke. It might be one of their best.

Which is why I wonder more movies don’t use their awesome discography. So many movies could benefit from adding in a bit of “All the Small Things” here and an “Adam’s Song” there. It could add spice and a bigger audience to any film.

Yet, directors choose to go with lame indie rock songs that no one has heard of to make themselves seem more “cultured.” I don’t care how cultured you are. I want to hear blink-182. I need to hear Tom DeLonge incomprehensibly screaming into the mic.

What if, instead of singing that cheesy song together when they first met, Hans and Anna sang “The Rock Show” together? And instead of meeting at a lame coronation ceremony, they met at Elsa’s hardcore punk rock concert and ended up getting drunk together and then Hans proposed to Anna?

Now that’s the kind of Disney movie I could get behind. The whole film would start with the song “First Date,” mirroring Anna’s excitement to meet a prince and marry the man of her dreams. Then it would get sad when Hans betrays Anna and she would sing a moody rendition of “Always.” And then everything would be wrapped up with “What’s My Age Again?” for no reason other than that song is a banger.

Of course, it may not be kid-friendly, but that’s not a problem, right? I mean, Avengers: Endgame (2019) cut off Thanos’ head in like the first twenty minutes so I think it’s safe to say Disney isn’t only for kids anymore. It’s for edgy punk rock enthusiasts like me.

I do not care that this movie came out nearly thirty years before Tom DeLonge was even born. George Lucas went back and created that revolting singing alien scene in Star Wars: Episode VI – Return of the Jedi (1983). We can go back and add blink-182 to some classic movies.

I really think that It’s a Wonderful Life could benefit from the addition of “Adam’s Song.” It has just the right amount of depression and brightness to make this film even better. It strikes a vibe that a lot of songs can’t even lay a finger on.

Think of it, George Bailey is standing on the bridge, debating if he should jump or not, and the melodramatic tones of a solemn electric guitar start to play the first few notes of this suicide song. And we, the audience, feel such intense sorrow for this man that we are moved to tears. And then George jumps in to save Clarence the angel and the more joyful chorus of the song plays and we are all happy again. Heck yeah.

Okay, so the first full blink-182 album didn’t come out until 1995, so this is still a little early for them. But, once again, we are taking a cue from George Lucas here. Time is irrelevant. Nothing matters except blink-182. And Samuel L. Jackson with an afro.

I think blink-182’s “Family Reunion” would fit right in here. The song is an ode to profanity, as it often feels Quentin Tarantino’s movies are. “Family Reunion” was made for Pulp Fiction and it’s wonderfully colorful vocabulary.

I also think that “Dysentery Gary” would be a good addition to this film. It has the same revolting vibe that Pulp Fiction seems to have. Instead of dancing the twist in the infamous dance-off, Uma Thurman and John Travolta could do some mad moshing in a nightclub to this song. I think that would make more of a pop-culture splash than anything Tarantino could have thought of.

For some reason, everyone seems to think Inception is some groundbreaking movie (people think that any movie with a twist is groundbreaking). Well, it’s not. Not yet.

The only way Inception will ever be a classic is if it includes “Every Time I Look For You” as the ending song. It would have been a great way to show that Dom Cobb still pines for his wife and that he would do anything to have her back — even live his life in a dream state.

Also, we could throw in “Man Overboard” when Cobb’s wife throws herself off a building because I would love it. I believe that is what filmmakers call poetic cinema. Or being insensitive to your audience. Either way, “Man Overboard” would be a great addition to the film!

This film is on this list for two reasons: (1) I think the first bit of blink-182’s “Violence” would be good as a background track for the conspiracy threads and (2) I like this movie. And I really like Kevin Costner.

JFK is right up Tom DeLonge’s alley anyway. The man is a conspiracy theorist through and through. In fact, he is the reason that the United States Navy recently admitted that they have film of UFOs. Even though that just means they have film of things they cannot identify, we still have Tom to thank for getting the US government to fess up to something.

Which is why his music would be perfect for this film about getting the US government to fess up to something. Imagine: “Violence,” a strange yet rocking little song, is the backing track for all the clips that tie the conspiracy together. And then we get “Aliens Exist” just randomly used throughout the film to really reinforce that conspiracy vibe. How could you go wrong with Kevin Costner (who is already perfect) and blink-182? It’s what Tom would have wanted. He’s not dead, but I just feel that this is what he’d want.

Nothing encapsulates the teenage years better than blink-182, even if it is in the 80s. They have songs for every sort of experience the typical teenager goes through: love, heartbreak, dating, life changes, uncertainty, strange occurrences.

blink-182 was practically made for a teen movie as quirky as Back to the Future. First of all, as I said before, “Aliens Exist” would be a great way to start the film to give it that kooky atmosphere that lets audiences know what to expect. Then we’d move into “What’s My Age Again?” to showcase that great teen scene that Marty finds himself in.

And, of course, we can’t forget the famous electric guitar scene. Do you know what would go great right there? “Dammit.” The song has a killer guitar part and it’s something you could play at any party. It would definitely have gotten those lame teenagers dancing instead of staring at poor Marty with his mad guitar skills. Moral of the story: blink-182 can brighten up any party.

Thanks for reading, and listening! What are your thoughts on blink-182 and the movies it could make better? Comment down below!

This is the article I didn’t know I needed. Thank you!

I made this for YOU! Lol thanks for reading!

Hahaha thanks for reading!