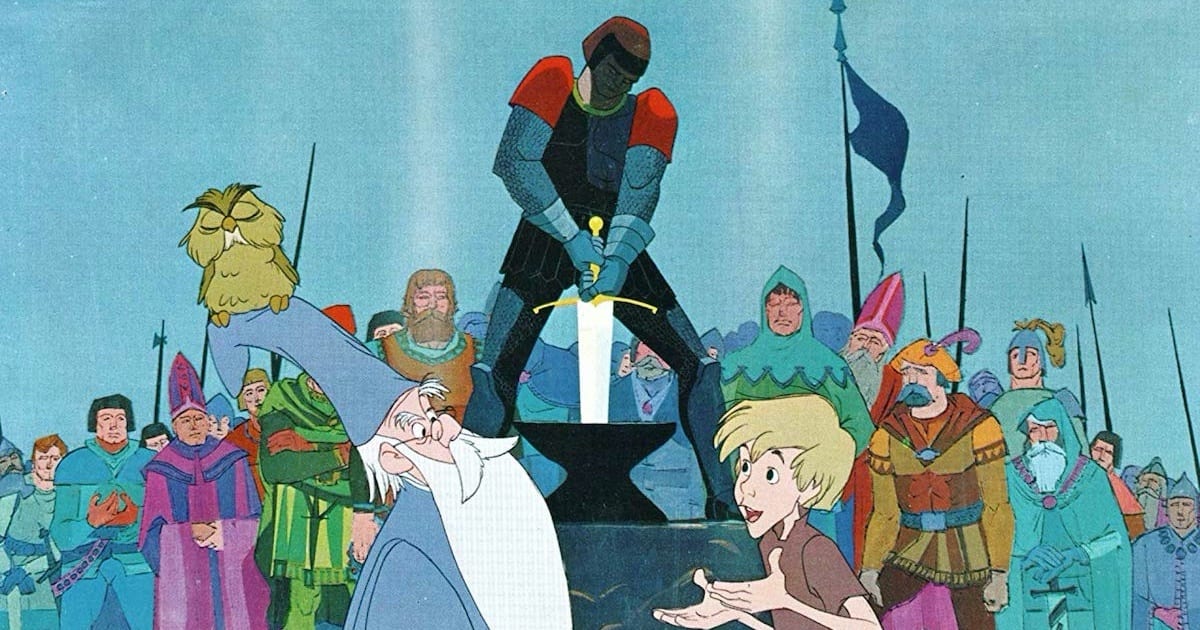 What is a taxing movie, you may ask? Well, let me tell you a story. Recently, I was at my sister’s house hanging out because her family recently got Disney+ and I like to mooch on others’ nice things. My brother-in-law was adamant that my sister and I watch The Sword in the Stone (1963), as it was a childhood favorite of his. It ended up being fun to watch and I think that was because I came out of the film feeling…relaxed. The conflict didn’t key me up and it wasn’t too tense a plot. It was, in my own words, a non-taxing movie.

There are taxing movies and there are non-taxing movies. Non-taxing movies are ones you can watch over and over without getting too worked up. Oftentimes, these are comedies or family movies. Sometimes, such as in my case, they are even kids’ films.

To go into a bit more in-depth about what makes a movie taxing or non-taxing, let’s look at a few taxing and non-taxing movies.

Inception is a very taxing movie. You can’t watch the film if you’re sleepy, putting it on as background noise, or doing anything other than intently watching. It’s impossible to feel satisfied or understand any part of this movie if you aren’t putting 100% of your energy into it. Leonardo DiCaprio demands your attention!

I speak from experience on this. Almost every time I have watched this movie, I’ve only been half paying attention. To this day, I have no idea what happens in the first ten minutes of this movie because I’m always dinking around on my phone. Thus, I am eternally confused about what this movie is getting at. Which is probably why I’ve never understand the twists and turns Christopher Nolan takes with the film.

I’ve already pretty much summarized The Sword in the Stone above, but I’ll recap: a boy meets a wizard, wizard “teaches” him magic, boy pulls sword from stone. There’s literally little to no conflict. Not once was I worried for Arthur. In fact, most of the time I was worried for Merlin because that man seemed to be suffering some sort of nervous breakdown. I’m glad he finally went to Bermuda.

The Sword in the Stone is one you can watch if you’re not fully awake or are just sort of passively watching TV because it doesn’t involve much concentration. It’s made for kids, obviously, so everything is spelled out and nothing is too stressful. Basically, it’s the perfect lazy-day movie.

I had a high school history teacher say that Platoon is just one of those movies that makes you feel sick after and I’ve always felt that is the best explanation of this movie (why we were talking about Platoon in the first place is another story entirely). The tension and discomfort this movie projects are so hard to take in. If you’re not paying attention, it can catch you off-guard; definitely not one to watch on a lazy day.

The last half hour is especially hard to watch. As the platoon gets pinned down in the trees and the Viet Cong graphically slaughter the soldiers, it becomes hard to be a passive viewer. Platoon requires you to watch it all the way through beginning to end or get out.

Grumpy Old Men is a favorite of my parents and mine, especially around the holidays. Any holiday movie is generally pretty non-taxing, but Grumpy Old Men is just a classic. The heated rivalry between Jack Lemmon and Walter Matthau is great and it’s always good for a laugh or two.

The best part of this film is that you don’t really have to put your whole energy into it. You can tune in for a gag or two and then strike up a conversation with your viewing buddies. The story will still make sense. Even if it doesn’t, it’s such a funny movie that you probably won’t care.

The Blind Side is special because it masquerades as a feel-good, non-taxing film when in all reality it is a highly taxing film. Dramatic films are all a bit like that. You get sucked into the story of Michael Oher and Leigh Anne Tuohy and don’t particularly feel like the film is especially taxing, but you’ll definitely feel drained when the credits start rolling.

I love how this film acts like another cheesy family film but is actually full of value. Yeah, you do feel pretty tired after watching it, but you won’t regret it one bit. If you’re like me, you may actually find yourself choosing to watch it even when you’re tired. It’s just one of those movies that pick you up.

Dumb comedies are really not taxing at all. These are the kind of movies that you keep on as background noise while you clean the house or do laundry. Napoleon Dynamite is the type of movie that no one has ever really watched all the way through but somehow everyone knows it. It’s stupid, nearly plotless, and it really doesn’t take that much IQ to understand what’s going on. When I think of non-taxing movies, I think Napoleon Dynamite.

There’s really not much to say about Napoleon Dynamite. It has a really nerdy cast. It was filmed in Preston, Idaho, of all places. And it features Gossner’s milk (which I highly suggest trying if you have not had it before). It’s dumb and funny, which makes it non-taxing.

Basically, whether a movie is taxing or not depends on the vibes it throws out. Pretend you’re a hippie high on some psychedelic drug in the 1960s. Harsh vibes equate to taxing movies. Mellow vibes make for more chill entertainment.

Now, flower child, look at the movie Sophie’s Choice (1982). What kind of vibes is it throwing out there? If you said harsh, my dude, then you are one hip cat. Now, how about Anchorman: The Legend of Ron Burgundy (2004)? That’s right — that film emits some pretty mellow vibes. And it’s as simple as that.

Seriously, though, we all know of movies that are a lot more intense and less relaxed than others. Then there are others that are way relaxed and a lot easier to watch when you’re about to fall asleep. Like most other aspects of films, it’s subjective and up to you whether to say a movie is taxing or not.

It’s all in the vibes, man.

Thank you for reading! What are your thoughts on taxing and non-taxing movies? Comment down below!

[…] child in this movie actually makes me want to pull my teeth out, but Junior is certainly the worst. I won’t get down on Michael Oliver however, as that is […]