‘Rocketman’ vs. ‘Bohemian Rhapsody’: Which is the Better Musical Biopic? 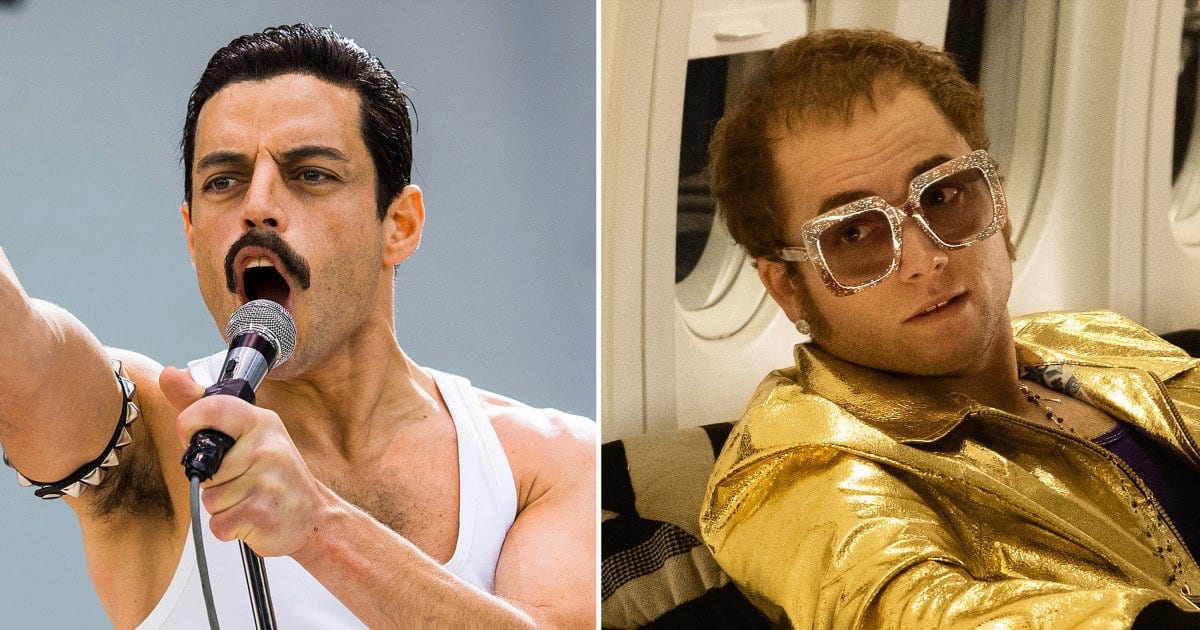 Can you smell it? I can: biopics are cool again. Bohemian Rhapsody and Rocketman cannot help but be compared. They are both about gay, British rock stars with stories each riddled with tragedy, darkness, and drama. Man, they are even both named after their subjects’ most famous songs, with those subjects being Freddie Mercury and Elton John respectively.

Bohemian Rhapsody was a box office smash and a surprising award success. However, it received mixed reviews. The film’s musical set pieces were praised but heavy criticism greeted the film’s historical revisionism and its treatment of Mercury’s sexuality. Here we will examine how Rocketman stacks up against Rhapsody. It’s a smaller film for sure, but is it better?

I want to start with Rocketman’s director, Dexter Fletcher. A British actor and filmmaker, Fletcher also directed Bohemian Rhapsody, taking the reins from the fired Bryan Singer. Fletcher is a director I’ve admired for a while. His track record says it all. Fletcher’s films have consistently won critical acclaim including the Taron Egerton led comedy Eddie the Eagle and the Proclaimers musical Sunshine on Leith. His films are beautifully directed, and above all fun. It’s no exaggeration to say Fletcher’s resume is as good as any other current British director.

Bohemian Rhapsody wasn’t really his film. The mixed reviews of that movie are in no doubt partly as a result of its sudden change in director. Fletcher inherited someone else’s vision, yet even in that case he professionally delivered the studio an Oscar-winning film. Rocketman was a movie entirely his own. And it shows, Rocketman is more surrealist, a hot take on the old-fashioned musical. A whole room started bloody floating at one point. While Singer’s Bohemian Rhapsody was a straightforward biopic, Fletcher’s Rocketman is a fantastical musical. Characters break out into song on a whim, adding a burning sense of life and pace that went missing in the Queen star’s posthumous send up. Fletcher’s been quoted as suggesting he next wants to tackle a Madonna biopic. I for one can’t wait.

Musical biopics have attracted a somewhat formulaic approach over the years- one categorized by Nick Kush as “The Rise, Fall, and Rise Again” story. Each film employs this technique. Both protagonists are troubled to the point of self-destruction, but with a built-in resilience for one more performance. This sentiment is literally on show in Bohemian Rhapsody. That film, of course, faced fierce criticism for reworking Freddie’s diagnosis of AIDS, amongst other things, as having taken place directly before Live Aid instead of years later as is factually correct. Rocketman, is perhaps less revisionist, yet it still approaches history with a slice of convenience, for instance, the scene in which Elton chooses his name thanks to a photo of John Lennon hung in his agent’s office.

Where Rocketman really differs is that fantastical essence I’ve already mentioned. Both Rhapsody’s Mercury and Rocketman’s Elton are absorbing individuals and eccentric dressers, but it’s in the story that Rocketman’s campness really shines, with a buzzing and brimming magic to the story that leaves the viewer dazzled. Whereas Bohemian Rhapsody‘s narrative is linear — if reworked, Rocketman uses a flashback structure in which an older Elton enters flamboyantly to tell his story, warts and all. This is a key point. Rocketman‘s Elton is an engaging but not altogether likable character. He’s an addict, naive to the point that he’s used by almost everybody in his life and a relentless show-off. While Rhapsody‘s Mercury is hardly a choir boy, he is made into a frail, powerless victim rather than a showman under adversity.

This, of course, brings us to the issue of the lead character’s sexualities. Both films are about gay/bisexual male figures famous in the 1970s/80s — when open homosexuality could still spell the end of even the most talented individual’s career. The perils of sexuality on stardom are explored in both movies. But Rocketman embraces it more whereas Bohemian Rhapsody seeks to sideline the issue. Bohemian Rhapsody focuses heavily on Freddie’s single heterosexual relationship instead of the full extent of his life as a gay man. The only real gay relationship it does linger on is one of abuse and pain.

In Rocketman, the same theme is admittedly explored. Elton is condemned to depression in an abusive relationship with his manager. But the film at least commits to this. His own brief marriage to a woman is granted two scenes, whereas Freddie’s is allowed a full 134-minute movie. Add to that the fact that Rocketman features the first homosexual sex scene in any major studio movie. When Egerton’s Elton tells his mother “I’ve fucked everything that moves!”, one wonders whether the reason Rhapsody did so well is that it played down its central protagonist’s gayness.

When a movie’s lead character is based on an internationally reorganized face, performance is always a key talking point. Some have criticized Rami Malek’s Oscar-winning performance as limited to an impersonation of the great Freddie Mercury. For me, Malek’s performance was a top draw and his Oscar well-deserved. At the end of the day that’s what acting is, isn’t it? The art of impersonation? And, while he didn’t have too many intense emotional turns as Freddie, wasn’t that more down to a poor script than Malek himself?

It is a shame; I’ll admit that in Bohemian Rhapsody most of the vocal performance was inserted over the top of Malek. This move ultimately ended up removing the aura of authenticity the producers were trying to achieve. In Rocketman Taron Egerton is given full rein to attack Elton John’s greatest hits. He’s not bad, but what really works is his embodiment of Elton’s tragic figure. Shouting matches, suicide attempts — Edgerton handles it all with a distinct level of vulnerability and charisma. The scene where a famous Elton John goes and meets his father’s new family is a stand out example of his humble yet emphatic performance. Neither performance outdoes the other, ultimately, it’s down to the script. Egerton, one of the best young actors of the day, is given 10x more range to work with than Malek’s endearing but underwritten Mercury. 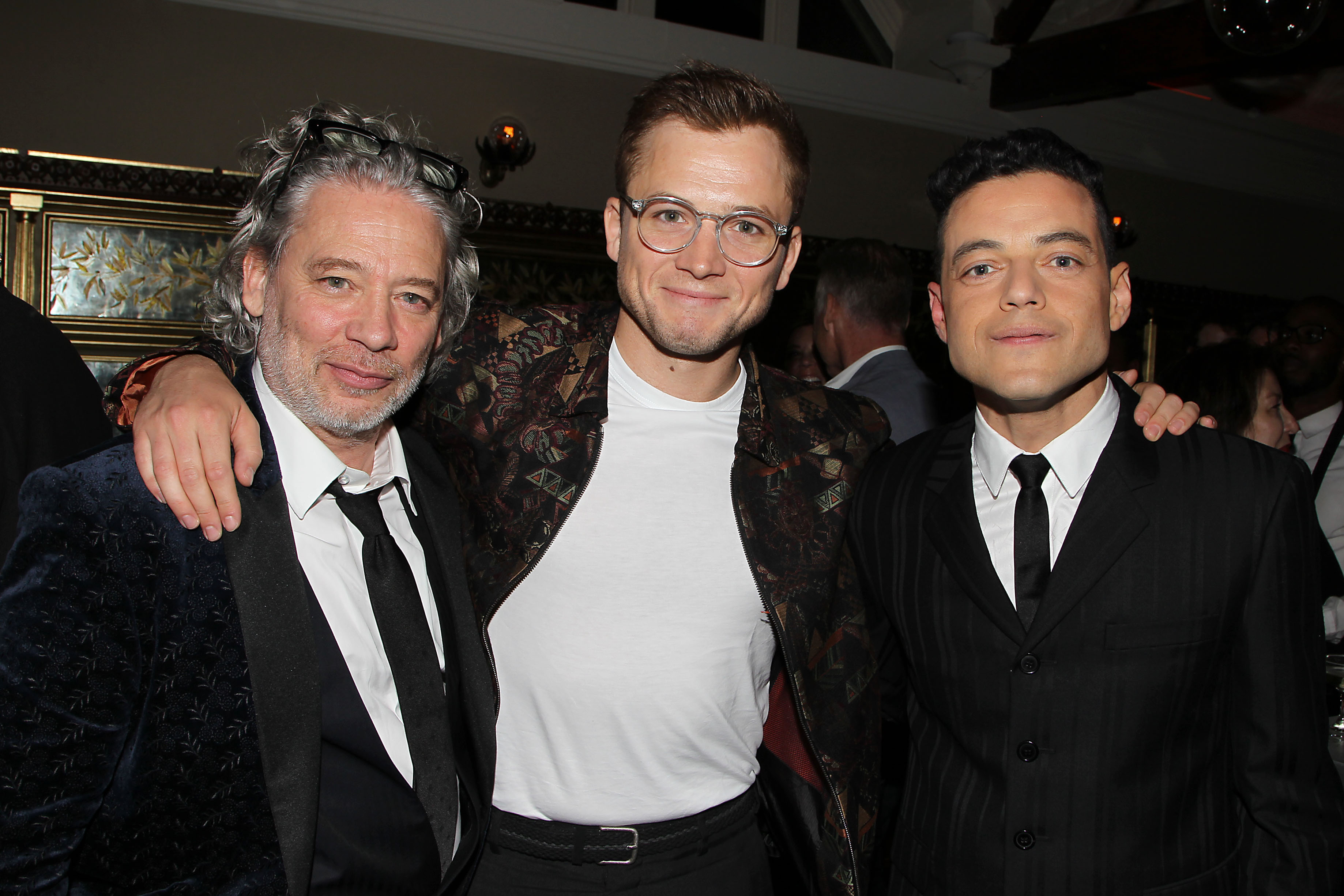 Musically, it’s arguable that Rocketman is just more fun than Bohemian Rhapsody. Undeniably even the harshest critics of Bohemian Rhapsody have to admit the fist-pumping concert scenes were really something. Yet they were also extensive and a little gratuitous. In Rocketman, we spend far less time on stage, or even in the studio. Rocketman isn’t about the music, it is the music. Fletcher’s decision to make the film a full-on musical, with vibrant spontaneous ensemble numbers just about works. You are keenly aware that you’re this stuff isn’t 100% authentic either but, there’s no doubt everyone’s having fun. Like the film’s use of live vocals, the musical numbers add an irresistible pace to the movie. The opening 50s inspired number sets the tone for a vibrant celebration of Elton’s music as a soundtrack to his own life.

In Bohemian Rhapsody the novelty factor of the writing of any of Queen’s greatest songs was no doubt very strong. But it wore off quick. It covered the sort of ground that a documentary could have explored with twice the depth. A feature film instead requires more theatricality to explore the persona behind the rhythm, something Rocketman does in spades.

Bohemian Rhapsody is undoubtedly the bigger film. It grossed near to a billion dollars worldwide and took home countless honors including Best Picture. On the one hand, it’s great that a film about a gay 70s Rock singer can do that. However, the subdued tone it uses partially clouds that success.

Do I think Rocketman will repeat that award success? No. It might do so in Britain — Bohemian Rhapsody failed to secure itself a BAFTA for Best Film. However, it’s total worldwide box office of $113 million suggests it didn’t penetrate enough into the American consciousness to be in voters’ minds come Oscar time. Release dates certainly play a part in this. Bohemian Rhapsody was released in the Autumn, whereas Rocketman’s May release, perhaps rushed to capitalize on the former’s success is a far cry from Oscar season.

Still, for me, Rocketman beats its biopic contemporary. Not because it’s a better subject. Elton John’s music is brilliant but I’m a much bigger Mercury and Queen fan. However, Rocketman approaches the well-worn musical biopic in a fairly new way. It still rises and falls, but also has an unapologetic camp quality that refuses to play down its protagonists flawed but fabulous persona.

Thank you for reading! What are your thoughts on the Rocketman vs Bohemian Rhapsody debate? Comment down below!

I’m not a hugely critical movie consumer. I just love them – the ones I choose to see, at any rate. I found “Rocketman” to be fantastic. I loved it. You’ve articulated well the reasons why.

Agree with just about everything you say here… Except for Rocketman featuring the first studio gay sex scene. Can that be right?

Both great movies and Rocketman is the better film while Bo Rhap the better soundtrack.

‘Respect’: A Lackluster Look at the Life of...