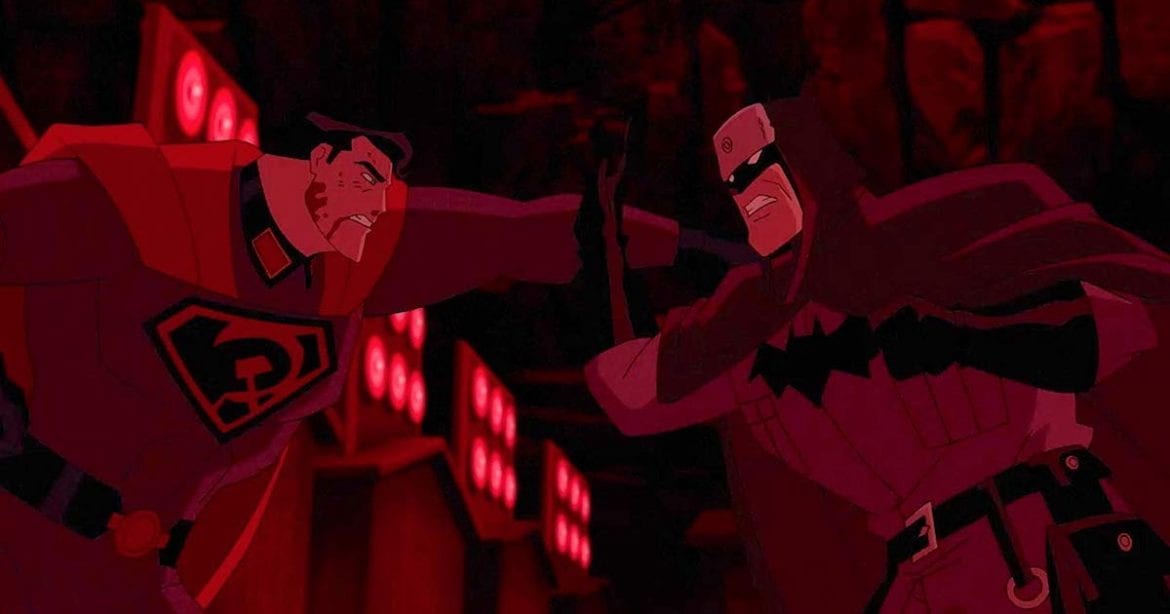 It’s hard to find someone who wouldn’t know what the Superman emblem looks like these days. However, over the decades, Superman has had his fair share of critics who are frustrated with his seemingly unmatched and ill-defined power, whether it be laser eyes, super speed, super strength, and whatever else comic writers could conjure up.

Some don’t like him for political reasons. The idea that one person is the protector and champion of an entire world seems unrealistic and dangerous to many in principal. Some have even labeled him as un-American because he only fights for truth and justice; and not the classic truth, justice, and the American way. Well, Mark Millar decided to take one step further with his 2003 story Superman: Red Son, where the beloved Man of Steel lands in the Soviet Union, not the United States. And now, we have DC Animation’s take on the material.

Lead by his own ideals and moral judgments, Superman spreads Communism throughout Europe, but not without making enemies along the way. Lex Luthor sees the coming storm and devises plans to deal with Superman before he realizes his dream of a world free from capitalism. There are various events along the way that introduce many of Superman’s greatest allies and deadliest enemies that are well known in the DC universe. Even better, it’s a suspenseful, action-packed story that highlighted the qualities that made Superman such an iconic character while portraying some of the historical moments that shaped our current world. 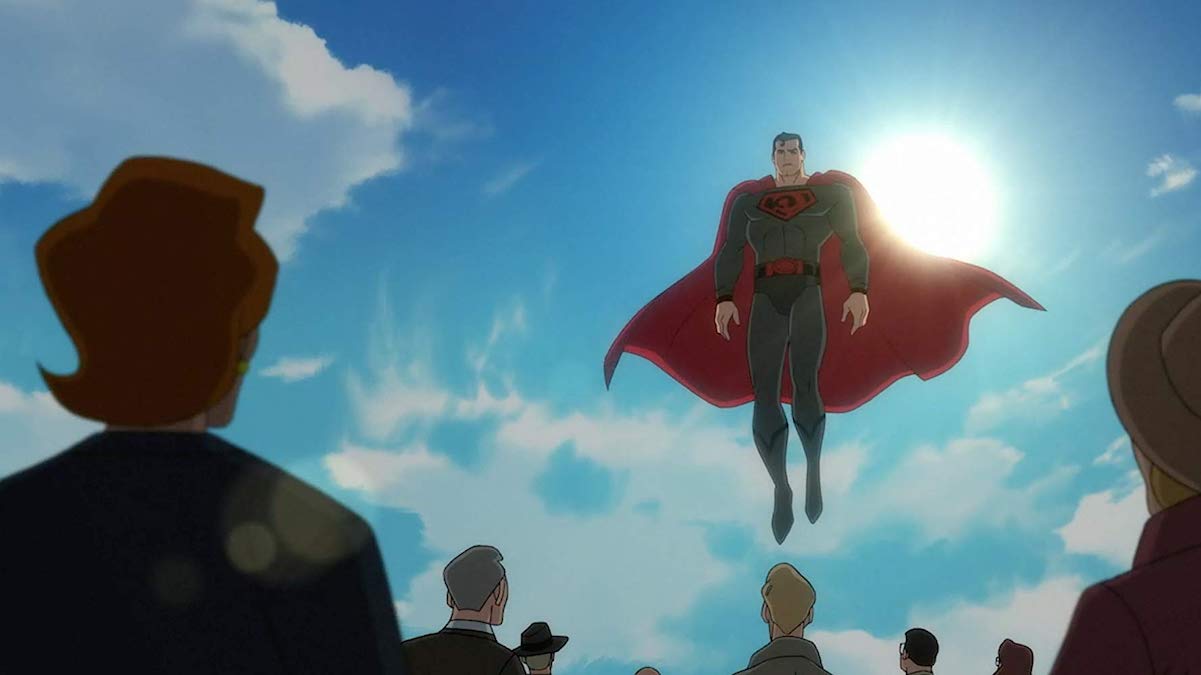 So, how does the movie compare to the novel? Superman: Red Son stays true to most of the content, but it is often rushed and there are some moments missed or even changed from the novel. Most notably, the origin of Batman is different; the clone of Superman made by Lex Luthor has a different name in the film; Brainiac appears without a proper backstory; Wonder Woman is gay instead of being bisexual. My working theory is these decisions were made to condense the story down and, in some cases, to make a few updates to provide something fresh for people that love and tirelessly read the source material. These changes work for the most part, but there are some moments that I wish were incorporated into the film instead of scrapped altogether.

The action is on point with many of Superman’s battles throughout the film, from Superman’s fight with the clone to Brainiac. The fight scene between Batman and Superman is my favorite out of all of Superman’s conflicts, a battle that takes place in the same area where Superman discovered Batman as a boy who had just lost his parents and is now hellbent on revenge. With Wonder Woman down for the count and tied by her own golden lasso and Superman vulnerable to the red sunlight, it’s astounding to see one mortal man bring a god to his knees — it’s beautifully rendered moment both graphically and emotionally. The ending of the scene is nothing short of a jaw-dropping heartache.

Just like in DC’s The Dark Knight Returns, seeing these two polar opposites fight is a show no matter what country they’re in. The only difference is this version of Batman is probably the most brutal and ruthless. The violence is real in Superman: Red Son, more so than The Death of Superman. One sees people killed in various ways that would shock anyone new to these DC animated films. Superman: Red Son is not a film for children who are used to seeing Superman save kittens — these films are rated PG-13 for a reason. This film shows a more vicious side of these two heroes and neither is afraid to kill.

Jason Issacs voices Superman and is joined by other voice actors Roger Craig Smith (Batman), Diedrich Bader (Lex Luthor), Vanessa Marshall (Wonder Woman), and Amy Acker (Lois Lane). After hearing Superman with an American voice for so many years, it was difficult to picture him with a Russian accent, but Issacs’ performance remedied that. Issacs keeps true to the characteristic that Superman deep down is just trying to do the right thing, but his logic is flawed. So Superman isn’t necessarily a villain in the film, but he’s clearly not a hero either — Isaacs has the perfect semi-nefarious vocal pattern for such a duality. Diedrich Bader is just as cold and cynical as any Lex Luthor you’ve seen over the years. Unfortunately, It’s difficult to judge Roger Craig Smith as Batman because he isn’t in the film for very long; he only has a few minutes in the film.

Vanessa Marshall portrays the traditional point of view of Wonder Woman as a champion for peace in a “man’s world”, but with a slight twist. Marshall’s performance as Wonder Woman is unique because of the development of the character. After initially hoping she could somehow bring Superman and Luthor together, she soon becomes tough and cold when she sees that these two will never make peace with one another, pushing her to do something unseen by the character in recent history.

The designs of the characters virtually match the comics and there’s strong character development for most of the main cast. In the end, fans of the characters, the graphic novel or both should enjoy this film with minimal complaints. I just wished they had spent more time developing Batman, Wonder Woman and others that I would hate to spoil. However, this is a feature film with a standard run time of 90 minutes running — there’s a clear sense that DC Animation wanted to stick to their formula. Any other film that goes beyond that length typically gets the two-film treatment like The Dark Knight Returns or The Death and Return of Superman.

Ultimately, Superman: Red Son is a captivating story and ranks up there with some of DC’s best films like Justice League: The Flashpoint Paradox, The Dark Knight Returns, and Superman/Batman: Public Enemies. It tries to give everything fans of the comics expect to see from the novel while still catering to those who don’t follow the comics. Most importantly, it’s an interesting story that answers the question, “What if Superman landed in the Soviet Union?”

Thank you for reading! What are your thoughts on Superman: Red Son? Comment down below!

I liked the entire arc of Superman being conflicted about his choices, and it’s a highly entertaining movie, but I don’t think comparing it with Flashpoint movie is fair, that movie was way better. The atmosphere of the entire movie is deeply haunting and the different sway of Superman stays with you long after the movie has ended. An entertaining must watch. https://wp.me/p6NIMh-kA