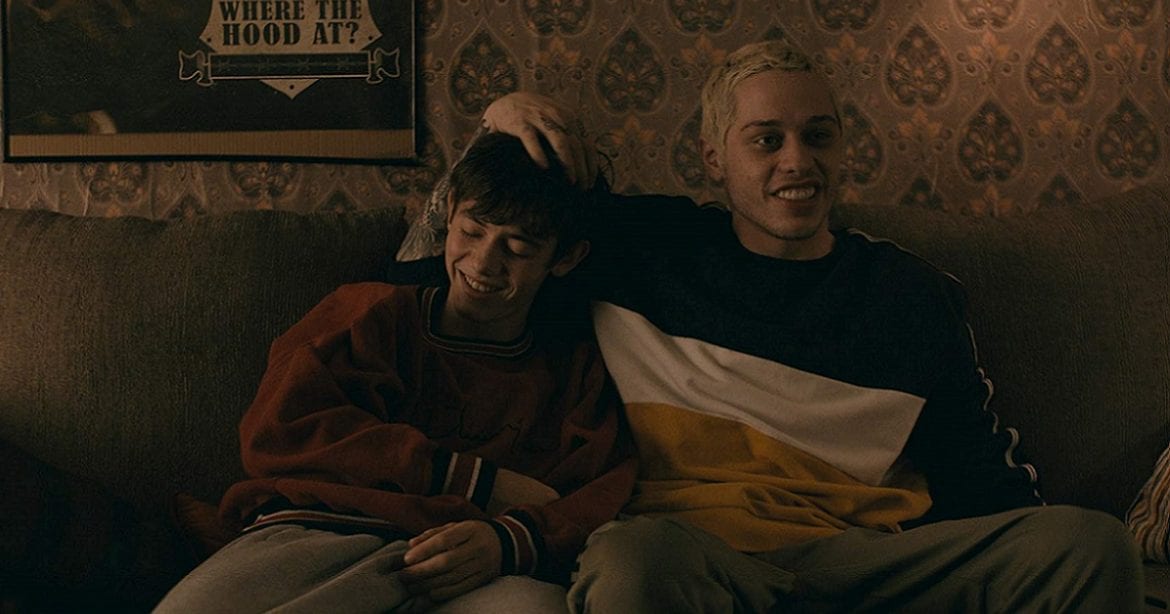 When I was a teenage boy, like many of my peers, I was obsessed with coming-of-age films. In particular, I loved the high school party comedies like Superbad, American Pie, and Dazed and Confused. I loved the wild nature of these films, I loved how cool the characters seemed, and I watched them without any thought put into the implications about what happened to the characters after the party stopped. Big Time Adolescence is a film about what happens to a character like Eric Stiffler after he gets his high school diploma and discovers there is a big world outside of the walls of the high school that he was the king of. A world that doesn’t recognize or care about his status in a place that is meant to be a stepping stone on the way to find your place in society.

Mo (Griffin Gluck) is your average poster child for a coming-of-age film. He isn’t very popular, he is somewhat awkward, and he is naturally also a virgin. The only difference from other cinematic characters of this genre is his best friend: Zeke (Pete Davidson), a twenty-something college dropout who is completely aimless in terms of goals or purpose in life. Zeke was the most popular guy in high school. The life of every party, so much so that he just decided that the party was never going to stop even after the vast majority of his peers had matured beyond the “party”. Despite this, Mo idolizes Zeke and views him as the coolest person he knows even though Zeke isn’t the best influence on Mo.

Big Time Adolescence is the directorial debut of Jason Orley, who is also the film’s screenwriter. This film shows a lot of promise particularly because he is exploring such interesting territory in this genre. Griffin Gluck gives a solid performance as Mo, but the true star of this film is Pete Davidson who in my opinion gives an outstanding performance. A really difficult vibe to capture is not knowing whether to laugh or feel sick with sadness about someone and Davidson seems to walk that line effortlessly. At Sundance last year when I saw this film, a big part of the buzz surrounding it was that it was Pete Davidson’s first starring role in a film. As someone who was mostly unfamiliar with him, I walked away having been satisfied by his comedic chops in the film (he is very funny in this movie) but completely surprised by his dramatic moments. Things get serious in this film, and Davidson does a great job of portraying a character who makes decisions that make him unlikeable and still finds a way for you to care for him.

A lot of this film is about the process of beginning to acknowledge the fact that your idol is a human being with flaws that might be too glaring to allow them to be your idol any longer. The biggest surprise to me is that Big Time Adolescence never takes the easy way out. There are actions that characters take that have true consequences that are felt throughout the remainder of the film. It is so refreshing to view a film where stupid decisions aren’t rewarded or brushed off but instead punished and felt as they permeate throughout. Roger Ebert once said that movies are an empathy machine — I think that quote applies to most films, but I love when a film makes you empathize with flawed and complex individuals. Individuals who want to be better but might not have it in them to be better. I think film, in general, is at its most interesting when it is asking complicated questions about complicated things or people.

I do have some flaws with the film, however. The first half is not nearly as strong as the second half of the film, but I also wonder if it is designed to feel like a film you have seen a million times prior before it does some really interesting things. The character of Mo is nowhere near as interesting as Zeke, however, this is less of a flaw and more of a design choice. The film, like many coming-of-age films, is about a teenager navigating the turbulent time of adolescence to discover the person that he is, but it’s also about a scary and big world that can overwhelm someone to the point of being unable to cope or progress. A lot of being a teenager is observing adults and deciding what type of adult you wish to be, but the microcosm of high school also can give teens a very warped idea of what the world is like and what type of people are successful both professionally, but also on a social level outside of it. Last year, Booksmart was a wildly fresh and interesting coming of age film, but a huge issue I had with the film is that seemingly every character got into Ivy League colleges. There are many more post-high school teens unprepared for the real world who are just treading water when they all too quickly get there.

Perhaps the biggest strength of Big Time Adolescence is the ending. I found it to be bold and completely unsentimental. With so many films of this genre, I expected things to go a certain way and when they didn’t, I found myself completely satisfied. As I stated before, I think this is a film in many ways about consequences. It offers the notion that selfishness is a cycle, and a toxic one at that. One that may be impossible for some to overcome.

Ultimately, I found Big Time Adolescence to be a refreshing coming of age film despite seeming to be a standard one early on. It became increasingly morally complex and interesting as it progressed, but I was impressed by how it refused to take the easy way out or just let its characters off the hook. With countless films that ask the question: “what would happen if a bunch of high schoolers threw an insane party?!”, I think a much more interesting question is: “what happens the morning after that party?” In that sense, the most interesting part of Superbad is the final 15 minutes. Big Time Adolescence seems to also be very interested in the implications of this question.

Thank you for reading! What are your thoughts on Big Time Adolescence? Comment down below!

[…] It is not often I 180 on a film as hard as I did on CODA. To be more specific, I thought I knew exactly what this film was going to be and exactly how it was going to go about it. For a good portion of the first act, the film wasn’t working for me. The performances are great, it is often very funny and charming. But despite some amazing representation for the deaf community with truly incredible performances by deaf actors Troy Kotsur, Daniel Durant, and Academy Award Winner Marlee Matlin, it felt like a pretty standard coming-of-age film. […]