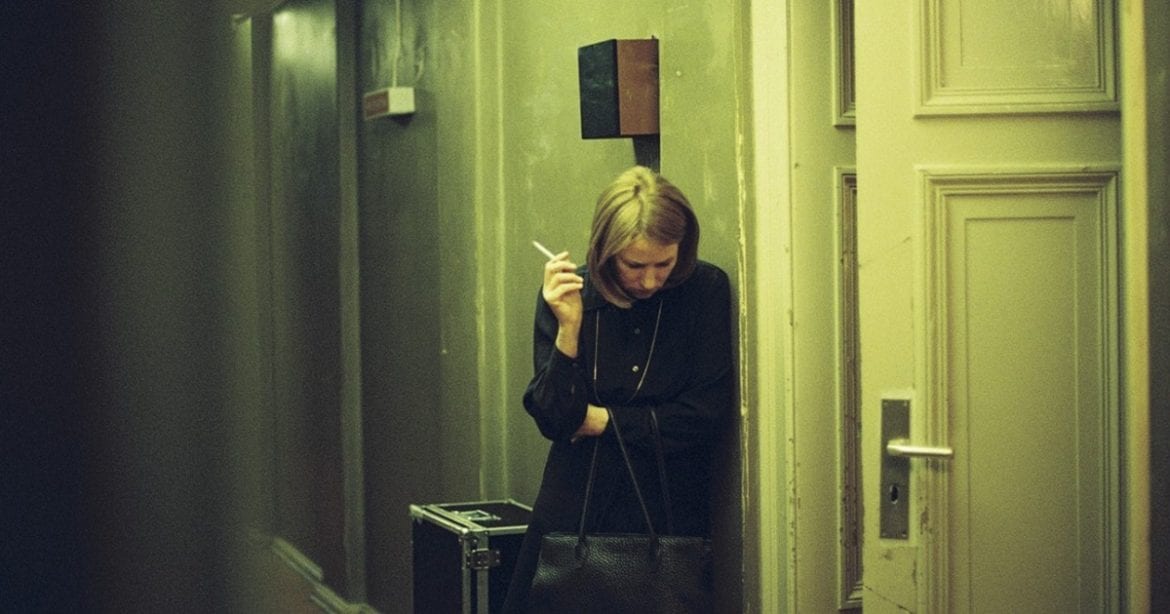 Lara, Jane-Ole Gerster’s sophomore feature, follows Lara Jenkins, a divorced mother on her 60th birthday. Not only is this her birthday, but it is also her son’s first solo concert as a pianist and composer. Throughout the film, Gerster slowly reveals how and why Lara is so alone.

Corinna Harfouch plays the titular Lara with a level of reserved anxiety that weaves itself into every crevice of the film. In every interaction, Lara is closed off from the people around her: not only is she often physically separated by a desk, a door, a piano, a bouquet of flowers, etc., but she emotionally closes herself off to almost everyone, except for her son, Viktor. Viktor, played by Tom Schilling, of course closes himself off to Lara with his body language and demeanor. Harfouch is able to portray a woman who is so desperate for control that she limits any relationship where she cannot have that, and morphs these relationships into ones where she has the upperhand. She’s the boss, they’re her employee. She’s the teacher, he’s an unwilling student. Lara seeks to constantly exert power over the people around her, yet Lara shows how that power is slowly but surely sapped from her throughout the course of a day.

I mentioned how Harfouch is able to really tune in to anxiety in a way that plays to the movie’s advantage. While not a particularly action-packed film, the last time I was this tense while watching something was Parasite, which is no small feat. Not only does Harfouch’s acting and Gerster’s direction create this atmospheric anxiety, but so does the masterful soundtrack, with original music by Arash Safaian and all performed by Alice Sarah Ott. The best piece which I think enhanced the film tenfold is “Flowers Dantini”. I’ve linked the track on Spotify, and it is well worth a listen. It’s less than a minute long, but it recurs throughout the film and almost makes it feel like a thriller.

Lara is, ultimately, a look at a toxic person through the eyes of someone sympathetic to them. Lara doesn’t have a redemption arc per se, but she becomes better acquainted with her own damage, and how that has affected her relationships with others, particularly with Viktor. And hey, that’s step one.

Thank you for reading! What are your thoughts on Lara? Comment below!