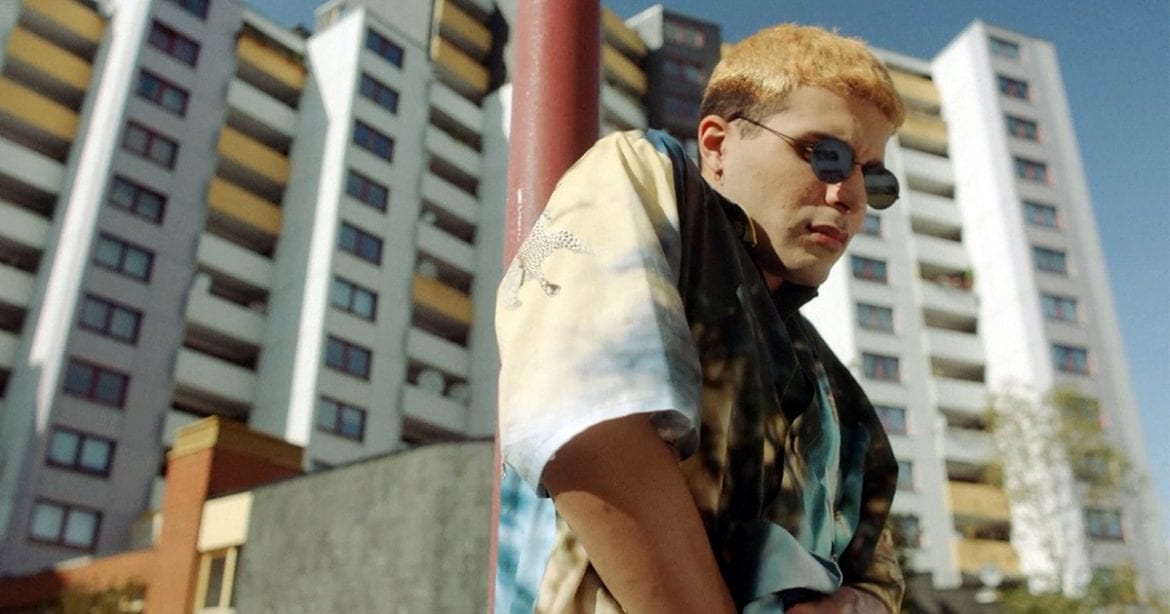 Call Me By Your Name, a gay coming-of-age romance, blew people away in 2017. I had not seen a film that touched me with a gay male protagonist so much until I watched No Hard Feelings, the semi-autobiographical film written and directed by Faraz Shariat. Parvis, an Iranian-German gay man, is assigned community service for some petty theft. He takes a break from his lifestyle of heavy partying and Grindr hookups to work in a refugee center, where he meets Iranian immigrants Banafshe and her brother, Amon. Amon and Parvis fall in love, while Banafshe has to deal with the imminent threat of deportation. The themes of acceptance and identity manifest in different ways, all through the relationship between these three main characters.

Parvis (Benjamin Radjaipour) and Amon (Eidin Jalali) have an undeniable chemistry that left me on the edge of my seat yelling, “Just kiss!” at my screen. However, the absolute standout performance comes from Banafshe (Banafshe Hourmazdi). She has an electrifying presence on screen, and she adds so much to every scene she is in, from first meeting Parvis to incoherently cursing at her boss who makes a pass at her. She delighted me in the same way Emma Stone does, with an effortless and effervescent charm that cannot be manufactured. All three actors were able to articulate their different energies with one another so well. Every relationship, between Amon and Parvis, Amon and Banafshe, and Banafshe and Parvis, were so fleshed out and realistic, that I just wanted to hang out with them. It seems like a fun time.

The cinematography by Simon Vu is a real feat, especially in a gorgeous sequence at the end of the film. With no spoilers, there is a sort of fantasy sequence that involves our three heroes, but also all the refugees at the center. It’s a deeply artistic and somewhat abstract look at the idea of dreams and attempting to make a life in a new place that actively works against them. It’s one of the best parts of the film, and I even rewound to make sure I caught it all.

I would never try to claim the immigrant experience, because it is not mine. I can, however, claim the gay experience, and I think this film does an excellent job of making sure Amon and Parvis’s love is portrayed fairly, realistically, and without dire consequences. As I wrote on my Letterboxd, Oliver and Elio wish they had this! But, as someone who has never experienced what it is to be an immigrant or a refugee, No Hard Feelings blends these ideas of identity into a gorgeous portrait of what life is for those who are in between places and feelings, in between ideas and identities, and are outcasts no matter where they go. With the radical exclamation “We are the future!” Banafshe, Parvis, and Amon claim a world where they can live and be free, just as they are, as complicated as that may be.

Thank you for reading! What are your thoughts on No Hard Feelings? Comment below!