The National Immigrant Youth Alliance Takes on ICE in ‘The Infiltrators’ 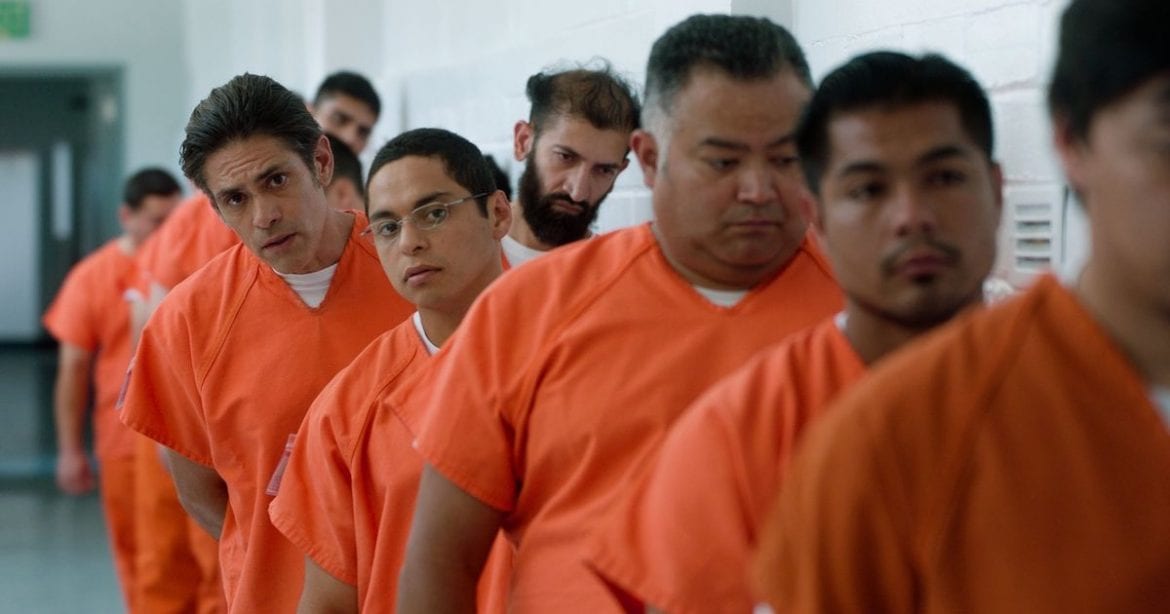 But like many others, I’ve done my best to avoid the conversation altogether. Similar to people who prefer solely to watch comforting movies because they put them at ease, I struggle with putting myself in that mindset. Diving into thorny conversations and reflecting on my attitudes is something I’ve been cautious to do. Over time, however, I come to understand being blissfully unaware isn’t reasonable. Or very considerate. I appreciate movies like The Infiltrators — a movie that tackles detainment operations head-on — that challenge me to empathize with others and further the conversation. It also gets a few brownie points for doing it creatively.

In the months leading up to Congress passing the Obama-led DACA (Deferred Action for Childhood Arrivals) program in 2012 and in the shadow of the heavily contested DREAM (Development, Relief, and Education for Alien Minors) Act, the National Immigrant Youth Alliance (NIYA) took matters into their own hands to aid Claudio Rojas, an undocumented father with no criminal record who was sent to the Broward Transitional Center in Florida, an ICE facility. Comprised of committed DREAMers, NIYA took on a radical plan: contact Claudio by infiltrating the facility.

As an undocumented individual himself, NIYA member Marco Saavedra risked everything by turning himself over to ICE law enforcement to enter the same facility. But once he was inside, Marco was able to tell many detainees about NIYA and its services. Eventually, his efforts, along with the rest of NIYA’s, led to the release of many in the Broward Transitional Center, including Claudio.

In an experimental move, directors Cristina Ibarra and Alexa Rivera tell this story in The Infiltrators by splicing together documentary footage of the members of NIYA working to get individuals released and dramatic reenactments of what occurred inside the facility itself to show a 360-degree view of the proceedings.

Docudrama formats are fascinating experiences, mostly because they’re so infrequently utilized and difficult to pull off. (A favorite recent example of mine is American Animals, a film not nearly enough people saw back in 2018.) There’s a lot to admire about The Infiltrators in how it approaches the subgenre. A few moments are sneakily virtuosic, such as when the film uses actual phone recordings from infiltration efforts and seamlessly cuts back and forth between the documentary footage and the reenactments while it plays. The cinematography is also very naturalistic; the film moves between the two formats seamlessly in that respect.

Although, for as much as I’m fascinated by the format itself, part of me wishes The Infiltrators was a more straightforward documentary. The members of NIYA are very engaging. Many of them are undocumented, but they have learned ICE’s rules of engaging with people in similar positions. They have come to understand their capabilities to protest and make a difference wherever possible. As Mohammad Abdollahi, a vital member of NIYA, explains, the more out in the open he is, the safer he feels. He knows he will only be a phone call away from a massive support group that will do anything in their power to free him should he get detained. Abdollahi’s plight is even more interesting because he is openly gay and comes from Iran, a country that isn’t exactly kind to the homosexual community.

But The Infiltrators doesn’t focus on Abdollahi or the backstories of the members of NIYA, which seems like a missed opportunity to empathize with these immigrants who choose to come to the United States illegally. Instead, the reenactment of Marco Saavedra’s (played by Maynor Alvarado) infiltration of the Broward Transitional Center is the main focus. Unquestionably, the act is a necessary one to tell; sadly, the retelling is mostly flat. While none of the acting is embarrassing, it’s unmemorable at best; the guards depicted in the reenactments are also one-note villains. The reenactments are mostly frustrating because a better movie was staring me in the face the entire time.

The Inconsistencies of Law Enforcement

But even if the storytelling is slightly off-balance, there’s plenty to gain from The Infiltrators. The members of NIYA preach bombarding politicians with calls to help detainees walk free; it only takes one phone call from the right person to help an undocumented immigrant in need. With that in mind, The Infiltrators shows how the act of detaining and processing of immigrants seems entirely arbitrary. If all it takes is one phone call to set a non-threatening immigrant free, then why have so many resources dedicated to these facilities in the first place? Cristina Ibarra and Alex Rivera smartly detail that a lot of the existing structures are more worried about a PR nightmare than the human lives at stake. From that perspective, many ICE actions appear highly insidious.

It’s important to note how momentous the brave individuals’ actions chronicled in The Infiltrators feel…and that was in 2012! The sad truth is talks of immigration and detainment have only become more toxic since, which makes this docudrama and similar films that come along near-required viewing. Faults and all, The Infiltrators is painfully timely, putting determined faces to policies that clearly need revisions.

Thank you for reading! What are your thoughts on The Infiltrators? Comment down below!

[…] irrelevant here), the film follows a group of Texas seniors training to become police officers and border patrol agents. It’s this original take on policing along with the area, time period, and subjects of the film […]

[…] unsure of how to engage with them. Following a war outbreak in their home country of Angola, Walter immigrated to the U.S., while Esther and Sylvia waited (and continued to wait) for their visa approvals. […]

[…] brother, Amon. Amon and Parvis fall in love, while Banafshe has to deal with the imminent threat of deportation. The themes of acceptance and identity manifest in different ways, all through the relationship […]

[…] hope that things can change. Hamtramck, USA is an in-depth and fascinating window into the immigrant experience in America and the politics of […]

‘Nomadland’: Worth Every Ounce of Hype (and More)