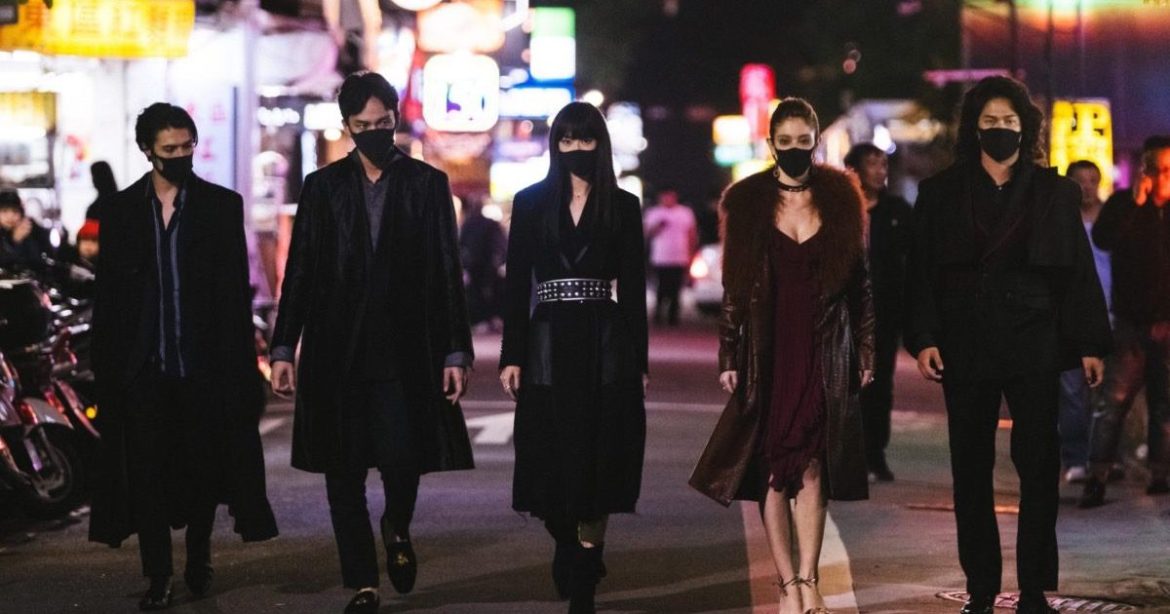 Vampires have had a dominant stake in the film industry from the very beginning. From Nosferatu to the Twilight saga to the Blade trilogy, they’ve consistently offered audiences a wide variety of stories to choose from. David Verbeek’s Dead and Beautiful takes the vampire story in a different direction by mixing the horror monster with ideas of class division and wealth.

The story follows a group of young billionaires who take part in a ritual in which they become vampires. Right away, they notice they’ve grown vampire teeth and can’t sleep. This prompts them to go out at night to a strip club where they conduct a test in which they consensually take the blood of one of the strippers. Later on, they find out they have the power of mind control, which immediately spirals out of control when one of them bites a civilian in public, causing her death. All of this eventually becomes the basis for two reveals that come toward the end and change everything that was previously established.

Transforming into vampires didn’t just give the characters superhuman powers; it changed who they are. They started out as childishly arrogant, but now their priorities are directly linked to their vampire needs.

It’s certainly an intriguing premise on paper, but the character dynamics between the main cast members aren’t given time to fully form. This makes the twists that happen later on feel unearned since the chemistry just isn’t there, making it needlessly confusing instead of furthering the character’s growth.

That’s what Dead and Beautiful is in a nutshell; a premise that goes through the usual motions of a movie like Chronicle, then jams two twists in at the end. There’s a lot of potential here. The slow-motion scene at the start of the film has a fun energy and delivers exposition imaginatively. There are also some terrifically shot scenes that have great framing. All of this gets wasted on a script that lacks the deft touch to make its message feel nuanced.

There’s talent to be found in Dead and Beautiful. That first scene is very fun, but it never gets to that level again throughout the rest of the 90+-minute runtime. If this was a surface-level popcorn movie there wouldn’t be much of a problem, but it tries to be something more, and that’s where Dead and Beautiful makes its biggest mistakes.

Thank you for reading! What are your thoughts on Dead and Beautiful? Comment down below!