‘Eurovision Song Contest: The Story of Fire Saga’ is Mostly a Waste of Its Talented Parts 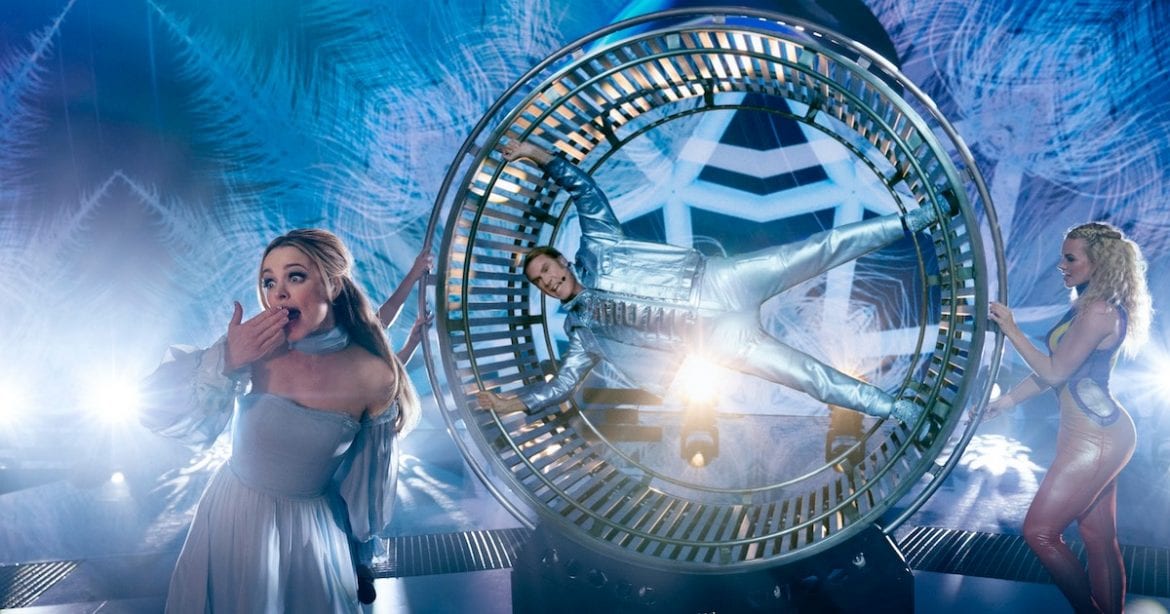 The story of the underdog is one of the oldest stories in human history. It has inspired countless people over the generations to go for what they want, despite the obstacles that stand in their way. But the problem with this narrative is that it is too common. For a film with this basic story to succeed, it has to stand out from the pack. Enter Eurovision Song Contest: The Story of Fire Saga, which premiered on Netflix on June 26th. Part absurdist comedy and part inspirational drama, this movie combines two completely different dramas into a semi-new narrative, though it rarely succeeds.

Lars Erickssong (Will Ferrell) and Sigrit Ericksdottir (Rachel McAdams) have been best friends since they were kids. Growing up in a small town in Iceland, they have dreamed of winning the Eurovision Song Contest. Their inspiration is the 1974 winning performance by the pop band ABBA. But like every dream, there are obstacles. Lars’ widowed and emotionally distant father, Erick Erickssong (Pierce Brosnan) does not approve of his son. No one in Lars and Sigrit’s town believes that they will succeed. And when they finally have a chance to audition, their performance is far from award-worthy. All seems lost until an accident changes their fate.

When Lars and Sigrit arrive in Scotland for Eurovision, they are greeted by Russian superstar and competitor Alexander Lemtov (Dan Stevens). He is charming, handsome, charismatic, and successful. He also has the potential to break them up. Lars and Sigrit face numerous obstacles, but they still may have a shot at winning the contest.

When it comes to the Eurovision Song Contest, I will openly admit that I am an uneducated American. Before I watched this movie, I thought it was an international version of American Idol or The Voice. I had no idea how popular it was or how complex or beloved the competition actually is. It’s sort of a semi-outrageous music version of the UN, with competitors coming from Europe, the Middle East, and Australia.

The Absurdist Comedy vs. The Inspiration

Will Ferrell is known for playing absurdist comedy. He’s been doing it for years, going back to his days on Saturday Night Live. As both screenwriter and star, he plays up the comedy dial to ten. Rachel McAdams’s role is more low key, a sort of Dean Martin straight-woman type to Ferrell’s wacky Jerry Lewis. The problem is that I was not laughing. I should have had gut-busting laughs given how outlandish Eurovision Song Contest: The Story of Fire Saga is at times. But I wasn’t. The comedy is not there. Absurdist comedy, when done well (e.g. Dumb and Dumber) has a way of creating an organic reaction from the audience. When the audience is forced to laugh, that is not a good sign.

However, the inspiration half comes through loud and clear. Though the narrative goal is specific to the characters, it is a stand-in for the dreams that we all have. Coming from a small town where no one believes in you, it would be easy to give up. The challenge is to believe in yourself and trust your gut. Sigrit and Lars face obstacles that would stop many in their tracks. But they have such a firm belief in themselves, that they just go for it, regardless of what others are saying.

A Melting Pot of Genres? Almost

Normally, absurdist comedy and inspirational drama don’t go hand in hand. The comedy can often deteriorate into humor that is immature or even downright gross. The inspirational drama, depending on the writer(s), can be easily become saccharine and over the top with emotion. If there is one redeeming quality to this film, it is that two genres that could not be more different have almost merged well together. The problem is they are not exactly 50/50. The inspiration fills in the holes left by the comedy. But even that filling cannot help to overcome this movie’s flaws. For a movie with an ongoing subplot with elves, I would have thought I would have at least a few laughs from this experience.

A Waste for All Involved

If there is one way to describe my disappointment in my film, one word comes to mind: waste. It was a waste of time to watch this movie. Will Ferrell as both co-screenwriter and actor could have created a movie that was genuinely entertaining. McAdams, Stevens, and Brosnan, individually and collectively, have a varied body of work that speaks for itself. Making a name for herself in Mean Girls (2004), Rachel McAdams is a force to be reckoned with.

Though Dan Stevens may have been introduced to audiences as Matthew Crawley in the Downton Abbey television series (2010-2015), his CV reflects a diversity of roles. As the most senior of the main cast, Pierce Brosnan may be best known for his time playing James Bond. But, like his colleagues, his career over the decades is much more than the four films in which he played the iconic British spy. All of them are wasted as performers.

To say that I was disappointed is an understatement. Given what is going on these days, I was looking forward to being temporarily transported out of my daily life. I needed a good laugh and a reason to feel hopeful. Instead, I felt deflated and unsure.

It’s a good thing that this movie was released on Netflix and not in the movie theaters (if they were open). If I was not watching for the sake of reviewing it, I would have thrown in the towel well before the credits rolled. Trust me when I say that there are better movies on Netflix to fill up your time with.

Thank you for reading! What are your thoughts on Eurovision Song Contest: The Story of Fire Saga? Comment down below!