The Brilliance of ‘Unbreakable’ Remains Intact, 20 Years On 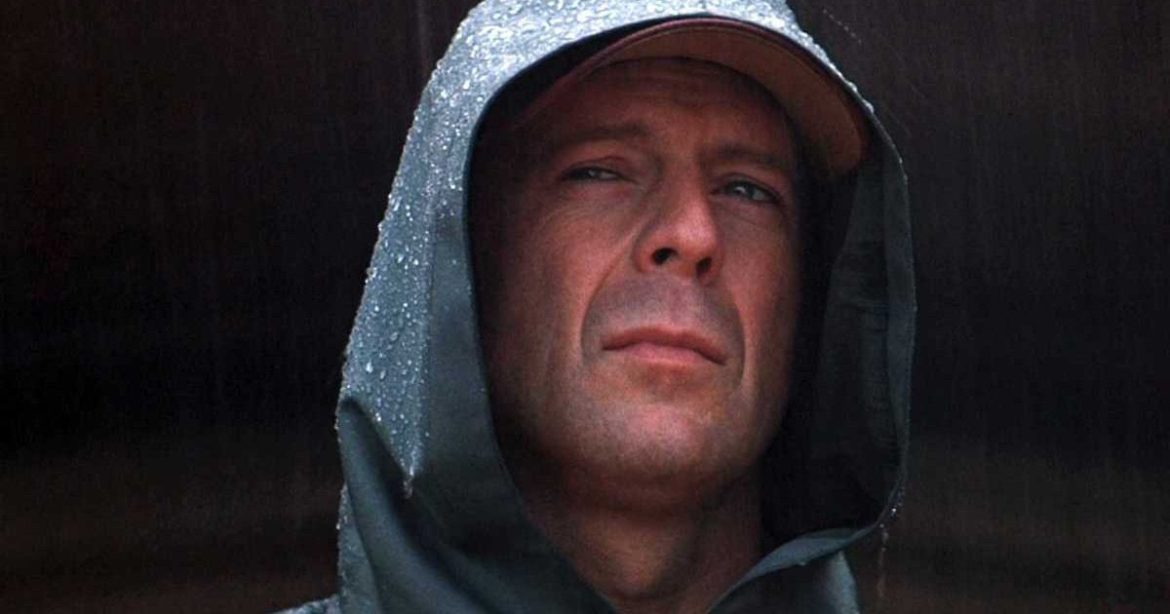 The year 1999 has long been considered one of the greatest years in cinema history. I see no issue with that position. It’s a shame that so many were left out when it came Oscar time, though; films like The Cider House Rules, The Green Mile, The Insider, and yes, American Beauty were awarded Best Picture nominations instead of All About My Mother, The Matrix, or Eyes Wide Shut. However, the Academy did get one nom right: The Sixth Sense. M. Night Shyamalan took the world by storm with his debut, to the point that he was dubbed ‘The Next Spielberg’ right out of the gate. Over the following two decades, the statement did unfortunately prove to be somewhat hyperbolic. But nevertheless, Shyamalan still stands today as one of cinema’s most distinct voices, and nowhere are his unique talents better exemplified than in his second and best film Unbreakable, which turns twenty years old today.

Unbreakable is a 2000 narrative feature film written and directed by M. Night Shyamalan. It stars Bruce Willis as David Dunn, a Philadelphia security guard who gains the attention of Elijah Price after becoming the only survivor of a train crash. Price, played by the iconic Samuel L. Jackson, lives with Osteoporosis, a deadly condition that causes his bones to break extremely easily. Obsessed with comic books since childhood, Price believes that Dunn may be his antithesis: a man with extreme resilience and strength. Initially, Dunn dismisses Price, but as events unfold, he realizes there could be some truth to Price’s wild idea.

It would be five years after the release of Unbreakable that Christopher Nolan revolutionized blockbuster filmmaking by ripping off The Mark of Zorro with Batman Begins. Since then, most casual film fans have pointed to that as the template by which all contemporary cinematic superhero origin stories are made. However, while Batman Begins‘ storytelling was definitely influential, it was also definitely not the first of its kind, even in the modern era. You see, I should point out that what the above summary did not mention is the very reason Unbreakable holds a special place in pop culture history: it is a superhero story. And not only that, it is a superhero origin story.

That fact might seem unimpressive now, but superhero films were not common when Unbreakable came out, let alone the dominant box office attraction. This is evident in the film’s marketing; like my summary, previews did their best to hide what the film was actually about so as not to turn off audiences. Throughout the film itself, Elijah Price gives monologues which serve the purpose of educating other characters, as well as the audience, of the most basic elements of comic book storytelling. And there’s even text at the beginning of the film essentially introducing the idea of comic book collectors! This is all to say that Unbreakable was exploring something very niche when it came out.

But what about the film itself? Well, to put it simply, Unbreakable is a masterclass in minimalist filmmaking. Let’s begin with the performances. Willis, who was once a very energetic screen presence (see: Death Becomes Her), is now mostly known as a tired, emotionless performer. This film managed to capture him in middle of that transition, and it’s perfect. Dunn is a meek character, defeated by life. Willis, as is appropriate, gives him a quiet but still heartfelt presence. Playing opposite Dunn is Price, a man who wishes he could fly, but is always in danger of literally breaking. So Jackson, who is normally asked to crank himself to eleven, turns in the subtlest performance of his career. The result of these choices is a film that is for the most part quite somber.

Shyamalan backs up that somberness with his imagery. First off, the color theory in Unbreakable is absolutely elegant; Dunn is green, Price is purple, and *redacted* is orange. The color accompanies the whole story, practically telling it for you (from the background, though; Shyamalan keeps it pretty muted).

Moving from color to framing, here’s a fun fact: the average shot length in Unbreakable is 23 seconds. That is absurd (at the time, the average shot length for American films was around 5 seconds, and today it’s less than 3). Throughout the runtime, Shyamalan lets entire scenes play out in single takes, whether they feature conversations or fights. But they’re barely ever static shots, mind you; push-ins, panning back and forth and handheld movements keep a rhythm that upholds the slow-but-steady pace of the film. Shyamalan also takes advantage of reflections, particularly with Price, which makes for a lot of beautiful double and triple-framing.

As a result of all these choices, Unbreakable seems to be a very uneventful film. That is, until it hits you. This is what less is more means. Because all the performances are reserved, when people shout, you feel something. Because the film’s color palette is muted, when vibrant colors appear, you notice. And because the film plays out in long takes, when quick edits happen, you become unsettled.

Oh, and of course, when James Newton Howard’s score (which is amazing) goes full Superman, you freaking pump your fists!

An Interrogation of Heroism

Speaking of Superman, this brings me to what really sets Unbreakable apart from the superhero films that came after it. Unbreakable is actually about heroism. Nowadays, when people think of superheroes, they think of The MCU. Those films, to put it bluntly, are military propaganda disguised under wet blankets of plot, plot, and more plot. And the characters don’t care about saving people, or ideals for that matter. No, what they do is endanger/murder countless civilians while comparing the sizes of their guns/penises, give the finger to government regulations, and most importantly, look for colorful rocks.

Take all that and put it alongside Unbreakable. What do Dunn and Price talk about during their debates? Their duty to help others, as well as care for themselves. What does helping people look like, according to the film? Being there for your kid, and being open and communicative with your wife. What does violence look like? Unbreakable is a pre-9/11 film, so one might think it would perhaps relish in destruction like its contemporaries (see: X-Men). But no. When the film talks about disasters, it talks about events that resulted in the deaths of only hundreds, and yet they are still tragedies. Likewise, the moments of violence in the film are ugly, not cool. Heroism isn’t about fighting, it’s about helping. Unbreakable understands that.

Now, I suppose I have to speak to the elephants in the room: the sequels. More than a decade-and-a-half after Unbreakable, Shyamalan, who was at this point a joke to most, “returned” with Split. Not only was Split a return to quality, it turned out it was a surprise spin-off of Unbreakable. As soon as the secret was out, Shyamalan announced that he was bringing the band back together for Glass, the ultimate conclusion to Dunn’s, Price’s, and now Wendell Crumb’s stories.

Split is fine, Glass is fine. Both have problems. Split plays very fast-and-loose with mental illness. Glass is trapped between trying to recapture the spirit of a different era and reacting to the superhero films that took over the industry. Both have really cool stuff. James McAvoy is leaving it all on the table, and Anya Taylor-Joy’s character is a great character. I admire how bold Shyamalan was willing to go with the finality in Glass. And that’s all I need to say about those films.

Unbreakable, I must admit, was a formative film for me. It came at a time right before I discovered that there was more to cinema outside of the Disney empire (Ironically, this is also a Disney film, except through Touchstone). But in the six years since first seeing it, I’ve changed my tune on almost all the films I considered my “favorites” then, including the MCU franchise. Not Unbreakable, though. Unbreakable holds up. Twenty years after its release, this film remains atop the mountain of cinematic superhero stories as a lowly piece of perfection. Why? Because Unbreakable understands that being unbreakable isn’t really the thing that makes you a hero, being vulnerable is.

Thank you for reading! Have you seen Unbreakable? Comment down below!