‘Raya and the Last Dragon’: An Important, Imperfect Story 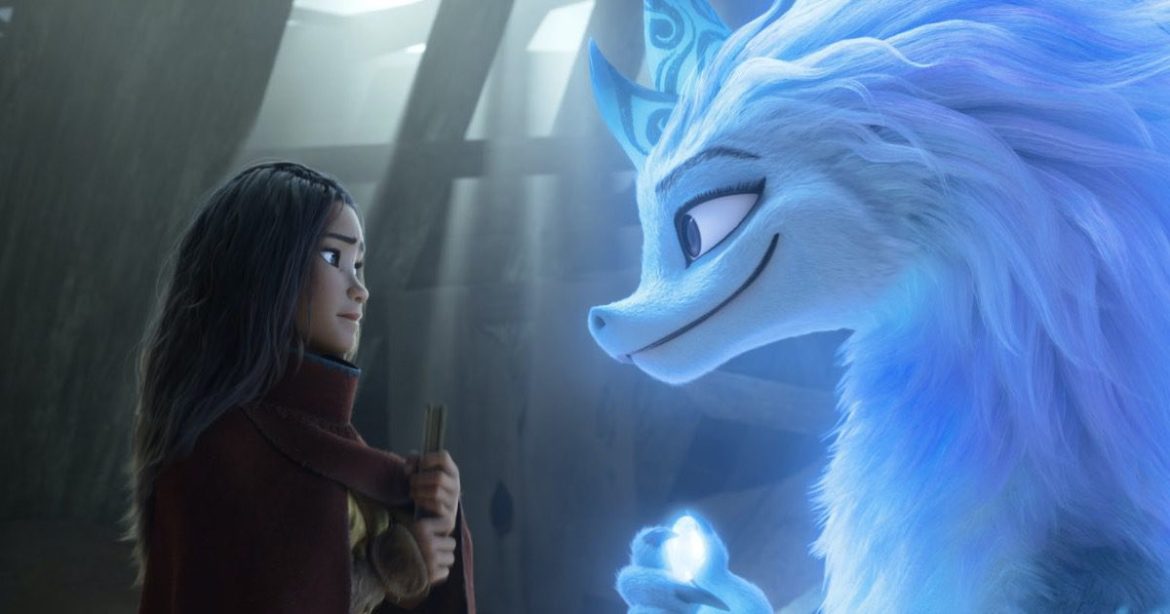 Raya and the Last Dragon premiered on Disney+ on Friday, March 5th with perhaps the best lead-in it could have asked for in the midst of the pandemic: the season finale of WandaVision (it also debuted in theaters the same day, if that’s your thing). We’ll get to why that’s relevant later, but first, we can take a moment to celebrate the casual achievement of Raya.

Contextually the film is a significant step in the right direction for a studio long plagued by accusations of a lack of diversity and representation in their films. Here, Disney paid homage to Southeast Asian culture and mythology with a story rooted in an amalgamation of those cultures, gathered a star-studded Asian cast of voices, and layered that representation on top of its recent tried-and-true formula of a plucky heroine adventure story. The result is a film that allows a generation of children to see themselves onscreen in our admirable titular character, and a culturally reverential story canonized in the Disney vault forever.

The result is also a fun but ultimately flawed film. But it’s worth embracing as an achievement, imperfections and all. Not every socially conscious horror film will be Get Out, and not every queer love story will be Portrait of a Lady on Fire. And if we put pressure on every inclusively-minded film to be a masterpiece, we’ll only find ourselves with fewer of them, not more. I hope the relatively casual release of Raya — from its status as a good, not great family film, all the way to its nonchalant marketing push — means that Disney plans to make representation par for the course in its future slate of upcoming animated films.

Alright Tuk Tuk hive, let’s get into it.

Raya and the Last Dragon follows our titular warrior princess (voiced by Kelly Marie Tran) across a fractured land once united under the name Kumandra. After a long-dormant evil plague is unleashed from her home in Heart and spreads to the other lands of Fang, Spine, Talon, and Tail, Raya sets out on a quest to find the last living dragon — the only being capable of banishing the evil from the land once again. What follows is a globe-trotting adventure featuring a cast of memorable characters met along the way (including, yes, a con baby), a rich treat for the senses, and a touching central message about trusting others, and what we lose when we cannot. There is also the aforementioned Tuk Tuk, a giant armadillo-pill bug hybrid, whom I would die for.

The Heart of the Film

What works here are all the elements that you would unquestionably expect from a Disney film.

The animation and visual effects are stunning, dropping us into rich landscapes and diverse, colorful scenery throughout a film that succeeds in convincing you that a vast world exists within this story. For this reason alone, it is already a more successful celebration of a region of the world than, say, Disney’s 2020 disaster Mulan (this is where I would reference the tan color palette and the final fight sequence in an abandoned construction site, if I cared enough to talk about that film). In this way, it also has more in common not with Tangled or Frozen, but with recent non-Princess titles Wreck-It-Ralph and Big Hero 6. Raya, like those films, approaches its sense of place with innovative imagination and bold, vivid ideas, settling not for how something should look but reimagining instead how it could look.

Sound is also a highlight of this film; something I did not expect to say for a Disney movie without musical numbers. Regardless of the fact that this movie could benefit from an eleven o’clock number, the score soars in its place. James Newton Howard, who previously composed music for Disney from 2000-2002 with Dinosaur, Atlantis: The Lost Empire, and Treasure Planet, creates a score here that is beautiful, unique, and at times takes over the adventure.

The voice work is skillful, highlighted by excellent performances by Kelly Marie Tran, Gemma Chan, and Benedict Wong. But the standout voice is Awkwafina’s as the “last dragon” Sisu. Like Robin Williams and Eddie Murphy before her, her voice is so utterly hers that you’re hooked into her every word and punchline, even if her presence means that you’ll never quite be wholly transported by the film. At times I’m not sure that her lines and characterization fit within the rest of the story, but it almost doesn’t matter. She’s just too damn fun.

Shortcomings at the Tail-End

Unfortunately, for me, the failing element of Raya and the Last Dragon is the story itself. The screenplay presents rich and original mythology (inspired by Southeast Asian lore and — maybe not-too-subtly — Avatar: The Last Airbender). And it does such an inspired job of drawing you into its story, that you desperately hope the payoff is worth it. But as the end nears and plot holes become apparent, questions remain, obvious resolutions are achieved too easily, and an ever-bloating cast distracts from the central struggle, it becomes apparent that the writers were too ambitious for the confines of a 107-minute animated film.

And that brings us back to my reference to WandaVision, another Disney property that was grandly ambitious in its design and promise that left me wanting and feeling just slightly empty by the end. Disney is a behemoth corporate entity, and it has aims beyond the runtime of this film. In the same way that WandaVision often felt like a series of backdoor pilots to other shows and films, I wondered if the bloated cast of characters and world-building of Raya was as much a means to market merchandise and theme park content as it was to tell one story. If that is indeed the case, there’s nothing wrong with a film juggling multiple goals. You just hope it manages to nail its most important one.

Despite a clumsier-than-usual plot for a Disney tale, Raya and the Last Dragon is a predictably entertaining romp. Its spirit of adventure and fun make it well worth the watch, and I’d imagine children will be demanding to do so more than once (see: Tuk Tuk). At its core, it’s a reimagined celebration of a culture and an inclusive attempt at storytelling that feels like nearly a first for the studio. I’m putting my trust in Disney that it won’t be the last.

Thank you for reading! What are your thoughts on Raya and the Last Dragon? Comment down below!

Every Disney Live Action Remake From Worst to...