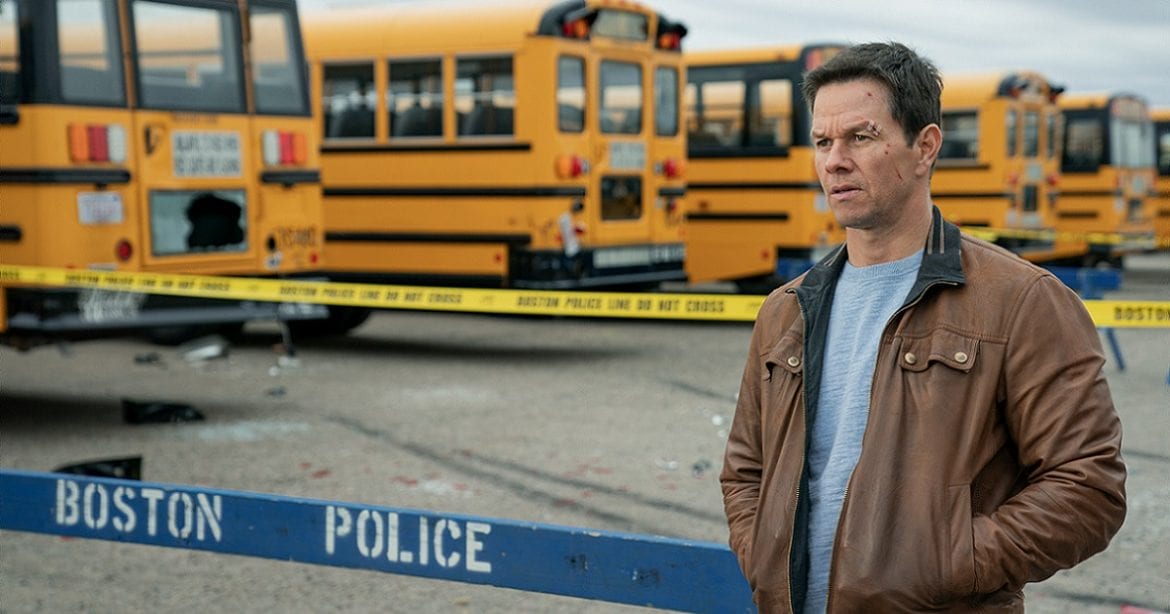 When I think of a Mark Wahlberg-Peter Berg joint, a few things come to mind: guns, harrowing action, Mark Wahlberg’s blank stare, conservative politics, and more manliness than one person could handle. None of these things are necessarily bad, however. I love a good bro-y action flick from time to time — who doesn’t? But in their many collaborations together, Berg and Wahlberg (or “WahlBerg”, as IndieWire’s David Ehrlich hilarious coined it in his review of Spenser Confidential), have a clear template they rigorously follow, for better or worse.

In honor of the duo’s fifth film, Spenser Confidential, a movie that is the opposite of good and also strangely a big streaming winner for Netflix during the current global pandemic, let’s look at the duo’s work together, ranking it from the unwatchable to the solid dramatization of real events:

Mile 22 is perhaps the most confounding action movie release of the last few years. I will always remember how terrible it was to watch this movie. Partly for content, but also because it actively made me nauseous through its obnoxious quick-cut editing and use of shaky cam. We often say that every minute of a truly bad movie is excruciating to watch, but seldom does it have a literal physical component to it. It ruins the action set pieces, which is the entire reason one would seek out this kind of movie in the first place.

And then we get to the content itself, which is equally upsetting. Mile 22 has a doctorate from The Predator School of Turning Mental Illness into a Superpower, following Mark Wahlberg’s character who suffers from several ill-defined, exploitative neurological differences, possibly including bipolar disorder, ADHD, OCD, and a litany of anger issues. In typical Hollywood fashion, the afflictions turn Wahlberg into a single-minded, neurotic badass who is terrible at working with others — it’s basically an excuse for Wahlberg to yell “YAH THINK YA BETA THAN ME?!?!” for two hours in the most grating way possible, spliced between quick cuts of him snapping a rubber band against his wrist as a cartoonish mental coping mechanism.

The rest of the movie is populated with Lauren Cohan, Ronda Rousey, John Malkovich, and others mugging for the camera, often repeating gratuitous dialogue in quick succession — one scene has Cohan repeating “motherfucker” at the end of at least five consecutive sentences — as if the movie thinks it’s clever. No. movie, you’re not.

But worst of all, the terrible concoction of incoherence renders Iko Uwais’ brilliant fight choreography unintelligible. It’s a cardinal sin to waste Uwais in an action movie!

I don’t care if “Spenser” is an accepted spelling — all uses of it need to be eradicated and shot into the sun.

Spenser Confidential finds “WahlBerg” on autopilot, playing all the bro-infused hits as lazily as possible. Part of it is understandable, given the Netflix algorithm’s desire to have you put this on in the background as you do laundry, but the other, more embittered side of me has a strong desire to casually toss a middle finger at the screen for its blatant C- effort.

To give you a sense for the amount of faith Spenser Confidential has in its audience, look no further than the “Prison” setting signifier within the first few minutes of the film that covers three-quarters of the screen, as if the establishing shot of a prison facility surrounded by a barbed-wire fence followed by Wahlberg in a prison jumpsuit wasn’t enough.

Even funnier is a scene where Spenser attempts to put the pieces of the crime together, quickly jotting down notes like “WHO KILLED TERRENCE???” followed by thousands of arrows and underlines that rival A Quiet Place‘s “What is WEAKNESS?” whiteboard scribble. Everything else in this totally forgettable and formulaic cop film is a tonal mess.

While American Sniper might have something to say about it, Lone Survivor is probably the most jingoistic war movie of the 2010s. Superficially, it has a lot in common with Patriots Day and Deepwater Horizon, the other two “WahlBerg” collaborations based on harrowing real events: it’s solidly produced and has a dirty, grotesque aesthetic meant to add immediacy to the proceedings. It’s also nearing moral bankruptcy.

Peter Berg revels in the American badassery of the mission, equipping Mark Wahlberg, Taylor Kitsch, Emile Hirsch, and Ben Foster with Conan the Barbarian levels of one-liners, including Ben Foster’s infamous “I’m the reaper” utterance as he prepares to gun down many one-note Taliban stereotypes. Lone Survivor isn’t very far off from depicting its soldiers as American flag-embroidered gods riding down from the heavens on giant eagles, swords in tow, as they wipe out savages who are often portrayed as less than human.

Naturally, we should applaud and respect the real-life heroes involved in this violent mission, but this particular representation is inherently backward while also fairly uninteresting due to its extremely black-and-white nature.

It’s fairly difficult not to feel a bit scuzzy when watching Patriots Day, given that it quickly went into development following the tragic Boston Marathon Bombing in April of 2014 — it’s the best(?) film representation of “too soon?” we’ve seen recently. Although the film itself is emotionally honest and mostly responsible, keeping to a fairly strict retelling of the event and the manhunt that followed.

Logistically, the film suffers from Mark Wahlberg’s character being an amalgamation of many Boston law enforcement officials, as his character tends to pop up anywhere the film deems it necessary. It’s also slightly hypocritical, lumping together the accomplishments of many brave individuals to provide a starring role for Mark Wahlberg instead of opting for a United ’93 documentary style. Bypassing its flawed setup, however, Patriots Day navigates all the moving parts of the operation and is willing to provide a little more depth to the bombers than one would expect. Wahlberg offers a pretty solid performance too, making him a lead character worth following. Ultimately, Patriots Day is clearly imperfect, but a very respectable effort.

The most streamlined and straightforward backdrop for Wahlberg and Berg to do their thing, Deepwater Horizon is probably the best-case scenario for their brand of grim, ultra-visceral retellings. (I also have a soft spot for it as the first review I ever published on this website.) The malpractice involved is solidly realized, thanks to a majorly slimy performance from John Malkovich as a negligent BP employee, sporting a Cajun accent with a few extra layers of mustache-twirling twang for good measure. Wahlberg is his normal macho self, but the film benefits from one of the better recent Kurt Russell performances as Mr. Jimmy, the offshore installation manager in charge of the oil rig. Russell has always been one of those actors who can add more weight to a possibly underwritten character; his grizzled persona allows the film to feel far more important than it probably should have felt.

Deepwater Horizon is the best directing job by Peter Berg out of each of his collaborations with Mark Wahlberg. Is it still a simplified version of this catastrophe? Absolutely. But for what it decides to tell, it tells it deftly.

Thank you for reading! What are your thoughts on each Wahberg-Berg collaboration? Comment down below!