Ranking Christopher Nolan’s Films By How Much They Confuse Me 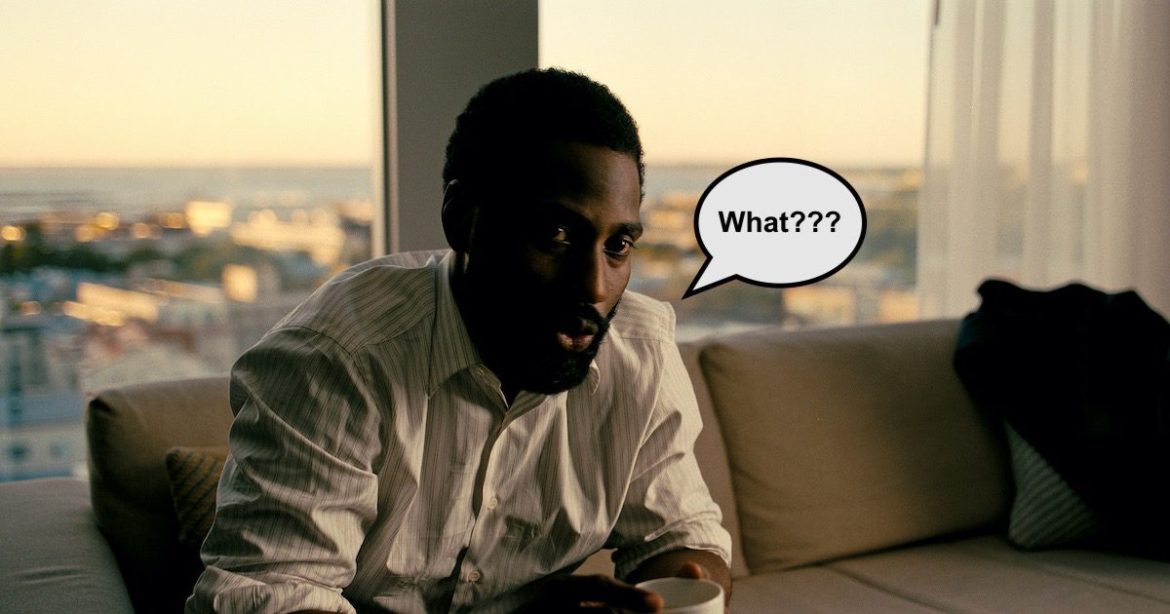 Christopher Nolan is consistently able to confuse me. He fascinates me as a director. His movies are so complex and yet so beloved by the masses. Yet, half the time I don’t even know what’s going on in them.

I recently watched Tenet and I’m still very confused as to what happened. There were reversing bullets and also Kenneth Branagh was a bad guy and John David Washington was fighting weird ninjas. I think I understood the general gist, but also I’m still super confused.

After I watched it, I tried comparing it to other confusing Nolan films like Inception and Interstellar. They all confused me, but in different ways. It’s hard to rank their particular brands of confusion, but I think it’s important that we do so.

Please note for this list I’m only ranking movies that Christopher Nolan has directed and were released to wide audiences.

Batman is not a confusing character, as much as he would like you to think he is. He’s an angsty billionaire who saw his parents die and became a vigilante from the experience. Occasionally, he believes he isn’t good enough, but Alfred reminds him that he’s insanely ripped and can take on anyone. Christopher Nolan’s Batman trilogy is pretty straightforward so there’s nothing too confusing about it. Then again, don’t tell the fanboys that.

There is no element of mystery in Dunkirk at all, which is the best way to go. The only thing that I would consider confusing is how crazy of an experience it was for the actual soldiers. That’s a level of terror and stress that most people will never experience. Additionally, war itself is pretty confusing with everything going on. The confusion of bombs and guns going off while trying to figure out what is going on is pretty intense. Not confusing like the other movies on this list, but harrowing, to say the least.

Insomnia is a pretty straightforward story as thrillers tend to go. Al Pacino stars as a grizzled detective sent to Alaska to investigate the murder of a young girl. Robin Williams stars as the primary suspect. While there are a lot of twists and turns and a good deal of suspense, at no point are you truly confused. However, I’m assuming that Al Pacino’s character is probably pretty confused considering he suffers from insomnia during the film (hence the title). The audience, however, is happily in tune with the story and just following along.

I love magic. I’ve spent many happy hours watching David Blaine on YouTube and just being enrapt with illusion. The Prestige is an old-timey look into that world. Starring Christian Bale and Hugh Jackman, The Prestige looks at the rivalry between two star magicians and how far they will go outdo one another. I won’t reveal the twist to you but just know that it is absolutely insane and drives me nuts every time. When you don’t know it, the whole movie becomes so confusing and mind-boggling. As you and Hugh Jackman try to figure out how Bale can do what he does, you too may go a little mad.

If you’ve never seen Christopher Nolan’s debut feature film, I highly suggest you get on that. Following is a captivating story of a lonely writer who ends up befriending a man who will entirely ruin his life. I would say that this is the beginning of Nolan’s obsession with confusing me. It wasn’t until the end of the story that things began to come together: the betrayal, the murder, and the setup. Like a lot of other Nolan films, it also features non-linear storytelling, which is probably what trips me up the most.

Was it all a dream? Was it real life? These are the questions that audiences have been asking for for ten years now. This is probably Christopher Nolan’s most well-known film (aside from the Batman trilogy). A dream within a dream is a mind-bending notion that is hard to grasp fully, but it’s so fricking cool. The practical effects alone in Inception are just amazing. Adding in the elements of a criminal underworld dealing in dreams and a stellar cast and Inception becomes a confusing, exciting adventure.

Memento is one of those movies that everyone tells you to watch but you just never get around to it. Don’t let that be you. Seriously, watch Memento, even though it will probably confuse the heck out of you. It will screw with your head and you won’t understand it very well the first time, but that’s just how Christopher Nolan rolls. His movies are ones that you have to watch over and over to even establish a coherent timeline. I love Memento simply because of the way it treats time in this movie. As much as it confuses me, the way that Christopher Nolan casually weaves in and out of timelines is mind-bending.

I never did well in science class, which is probably why I don’t fully understand Interstellar. Like Tenet, it also has a time aspect which demonstrates that time is not linear. I always get tripped up near the end when Cooper (Matthew McConaughey) knocks over the books in Murph’s room and yet he is nowhere near her actual room. How did that work? Plus, the idea of time moving differently because of the rotation of different planets is trippy. Honestly, most space movies tend to bore me, but Interstellar is pretty fascinating.

I don’t really know what happened in this movie. Movies always make time travel so unnecessarily complex, in my opinion. Make it more like Back to the Future where you just use a Flux Capacitator to go back a few years and accidentally change the future. Yet, the concept of Tenet is one of brilliance that only Christopher Nolan would be able to execute so well. The idea of reversing time and even taking into consideration such minuscule details as breathing in reversed time is amazing. Even if I really don’t understand how time works, the action more than makes up for it.

Thanks for reading! Do Christopher Nolan’s films confuse you? Comment down below!