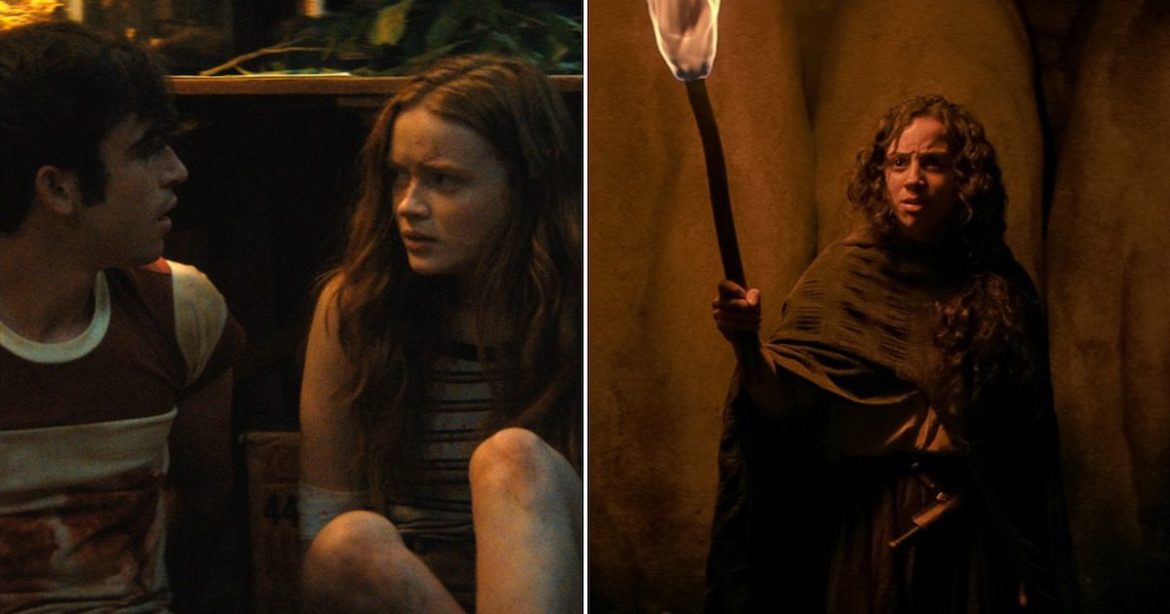 Coming off Fear Street Part One: 1994 — a nostalgic 90s-style teen slasher and a fabulously fun entry into the genre in its own right — I was concerned that the follow-up sequels in the trilogy would not live up to the bar set in the first film. Horror sequels often have famously diminishing returns, and 1994 had constructed elaborate mythology that could have easily collapsed under the weight of itself moving forward.

Such was not the case viewing Part Two: 1978 and Part Three: 1666 over the past few weeks. Rather than recycling kill-styles and shocks from 1994, the subsequent installments in the series took the story to new locales with new villains and twists, revealing enough secrets to keep a viewer satisfied while proposing new questions that propelled it to the end.

The following review will spoil plot details of Fear Street Part One: 1994.

Following the events of 1994, Deena (Kiana Madeira) and her brother Josh bring the newly-possessed Sam to the home of C. Berman (Gillian Jacobs) — the sole survivor of a Sarah Fier attack decades prior.

In order to learn how to break the curse binding Sam to the witch, the two must learn the story of the Camp Nightwing massacre of 1978 — the evening that nearly killed C. Berman and left her sister dead.

The truth gleaned in Part Two: 1978 pushes Deena further into the past, this time in a dream-like state where she lives as Sarah Fier in her final days before the hanging, surrounded by townspeople cast from faces she knows in the present (like a Ryan Murphy-style troupe of actors). In 1666, she learns the true origin of the present-day evil and is thrust back in 1994 for a final showdown with the forces that threaten Shadyville.

Fear Street wisely spaces out the timeline to allow each film to live in completely different eras of horror, fully inhabiting the style and tone of each era.

1978 takes clear inspiration from Friday the 13th, with a summer camp setting ripe for adult-free teenage antics, in a remote space where the isolation adds layers of danger to the haunting at hand. Similar to 1994, the needle drops are a prominent player here, maintaining a strong vibe even as the film takes a while to really get going in the first act. Sadie Sink steals the show here as Ziggy Berman, half of the Berman sister duo at the center of the events of Camp Nightwing. While not wholly different from her performance as Max in Stranger Things, she plays a great angsty teen; a feisty heroine with a mean streak that gets her in trouble but helps her survive.

As I already noted — Part Two isn’t perfect. It takes a while to get into the action; something that might be forgivable at the start of a series, but hard to stomach after the story is already well underway by the time Part One concludes. 1978 feels a bit like starting over at the beginning, which makes the pace of the whole movie feel a little off. Visually, the film is also very dark. The violence here is particularly gruesome and at times shocking, but some of it is lost to the darkness of the forest due to a lack of lighting in the shots.

While less derivative of one particular film than the other two, 1666 takes clear inspiration from the Salem witch trials history, as well as films like The Witch. There’s a constant dread seeping through the first half of 1666 that feels of a piece with films like the latter and it’s effective in creating a completely different experience than the first two films. The horror is much more grounded in viscerally disturbing visual set pieces than hack-and-slash jump scares, which already had their place in the previous installments. And as we return to the present by the end of the third film, the juxtaposition of styles in 1666 and 1994 leaves me even more impressed with director Leigh Janiak’s work across the series.

But those accents — dear god, no. Part Three makes the baffling decision to ask its cast to adopt vaguely Scottish accents to portray their 17th-century settler counterparts in the Ohio-based town of Union. The rest of the trilogy makes wise use of its varying collection of talents, but a period piece with European accents is asking too much of the cast, and the results range from marginally passable to downright bad. Overall, Part Three dragged in certain places in its first hour — without the soundtrack and the comedic moments, it had way fewer moments where I was consistently entertained until about the midway mark. It was the longest of the films by about five minutes, but it felt longer by much more than that. I was shocked when I realized at one point that only an hour had passed since I started watching; but right after that, the film really picked up and was a delight through to the end.

If you’re looking for a few solid nights of highly watchable horror, look no further than Fear Street.

The series has everything a horror fan could be looking for in popcorn content: a memorable story, great kills, a fun attitude, and a reverence for the genre that it so clearly loves. They’re by no means perfect, nor are they likely to stand the test of time, but Parts Two and Three extend the party perfectly for the series and create a trilogy that deserves a place on best-of-the-summer lists. Janiak and team created a set of films that could easily carry forward in the future with a new cast and established a tone and style that should make R.L. Stine proud, and a legion of former Goosebumps fans and current horror fans very, very happy.

Thank you for reading! What are your thoughts on Fear Street Part Two and Part Three? Comment down below!

Thank you for sharing your thoughts about these films!

I’d say the reason the Fear Street series manages to escape the diminishing returns of horror sequels problem you mentioned is that these three films were conceived together from the early stages. Thus, clues for the finale could be planted in the first film to give audiences enough buildup/foreshadowing (some subtle, some not) to enjoy the payoffs in the latter movies. This is not always the case in films where a surprise big box office return initiates demands for another film with the same characters/adversaries (but not necessarily the same writers/directors or vision).