Jóhann Jóhannsson's one and only feature film is truly one of a kind. 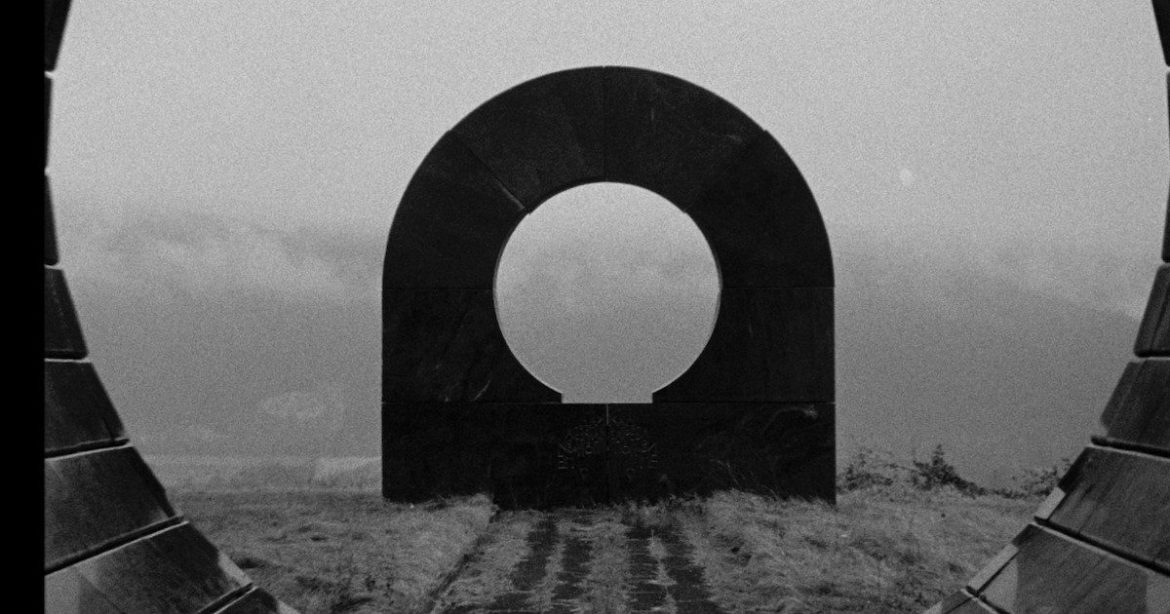 I often find myself listening to Jóhann Jóhannsson’s compositions as I go about my day, either those tied to the films he scored in the 2010s or his original works. He had a knack for blending the ethereal and the frightening in his music, sometimes at the same time. I’d argue that his most impressive film effort was his score for Mandy, which somehow made a movie that includes a Cheddar Goblin and Nic Cage fighting a demonic biker with a chainsaw feel deeply poetic.

When Jóhannsson died in 2018, it undoubtedly felt like we had lost someone far too soon. Someone who was on the verge of becoming an industry titan. Yet before he passed on, Jóhannsson completed what may be his finest work in his adaptation of Olaf Stapledon’s Last and First Men, which is a beautifully melancholic sendoff to the artist and, as it turns out, the entire species.

“Listen patiently”, says disembodied narrator Tilda Swinton in the film’s first line of voiceover, a line repeated multiple times throughout as the camera lingers on various monolithic, concrete monuments. That’s all you see onscreen for the entirety of Last and First Men‘s 70-minute runtime, and it’s absolutely breathtaking. Swinton is a fantastic addition to any film, but her voice work is particularly soothing and ominous here. She’s reaching out to us in transmissions from two billion years into the future to describe humanity’s demise. (It’s worth noting that the film never mentions a specific date, allowing the film to feel timeless as people discover this gem in the years to come, even if humanity happens to exist for another two billion years.) The expanding sun is about to engulf the planet and they’re out of options. What follows is a haunting meditation on existence, fate, and legacy.

Instead of some Interstellar-esque plot to escape the planet in the wake of certain calamity, or an impassioned plea to solve the Earth’s problems before they ever exist, the narrator is making contact with the present to share what has happened to the species since. As it turns out, the inhabitants of Earth in this future are decidedly post-human; Swinton’s narration explains how they’ve evolved, the details of which include things such as a third eye located on the top of their heads that gives them the ability to peer out in the cosmos as well as the ability to create a uni-mind and experience past generations’ experiences in painstaking detail. Essentially, they’re near-immortal to all Earthly issues. Their advanced technology even allows them to move Earth away from the sun, but not nearly quick enough to escape it.

As for those concrete monuments, they truly are a sight to behold. Given that Last and First Men is entirely images of these behemoth structures coupled with Swinton’s poetic voiceover, many might deem the film an audiovisual essay instead, although I’d argue it’s one of the best cinematic creations I’ve seen this year. The monuments you see are from Yugoslavia’s Tito era, but Jóhannsson isn’t interested in mining the political meanings these statues hold. These hulking, angular figures feel entirely out-of-time, both relics of the past and distinctly alien. Some reach to the heavens, some look oddly human. (Those engraved faces are strangely moving paired with Jóhannsson’s gorgeous score.) They speak to the folding of time that Last and First Men explores, and often cause the film to evoke Chris Marker’s iconic, La Jetée. On a long enough timeline, especially when humanity will be only a tiny blip in the existence of the universe, what is the line between the past, present, and future anyway? The stunning 16mm black-and-white cinematography from Sturla Brandth Grøvlen is astonishing in this thematic pursuit.

Hearing the advancements of this advanced species only makes their demise that much more tragic…or so you would think. Swinton’s voiceover explains that the species is relatively at peace with the end of days. “Great are the stars, and humankind is of no account to them,” she exclaims in one of the film’s many profound passages. The end of it all may seem extreme, but it’s ultimately a just system in eyes of this advanced race. The universe decided when to bring us into the picture, so it’s only fair that it gets to decide when it’s our turn to leave. Perhaps if the past springs into action upon hearing about the end and develops the capability for a uni-mind millions of years ahead of schedule, that would stave off the apocalypse for a little while longer, but it will still come nonetheless.

In the middle of all this doom is a surprisingly hopeful message about existence. Our current squabbles (whether they be political, familial, etc.) seem incredibly insignificant on a long enough timeline where society eventually disbands them entirely. So what’s the point in having them in the first place? Although emotion has largely left this society, Swinton’s narration takes on a zen-like admiration for the world as the film reaches its conclusion, conveying that everything we’ve accomplished is still supremely impressive, worthwhile, and beautiful in the end, even if there isn’t anything left to show for it.

Last and First Men is currently playing at the Metrograph both in theaters and online with plans to expand on January 14th.

Thank you for reading! What are your thoughts on Last and First Men? Comment down below!

I Finally Watched ‘Memoria’ in Theaters and It...