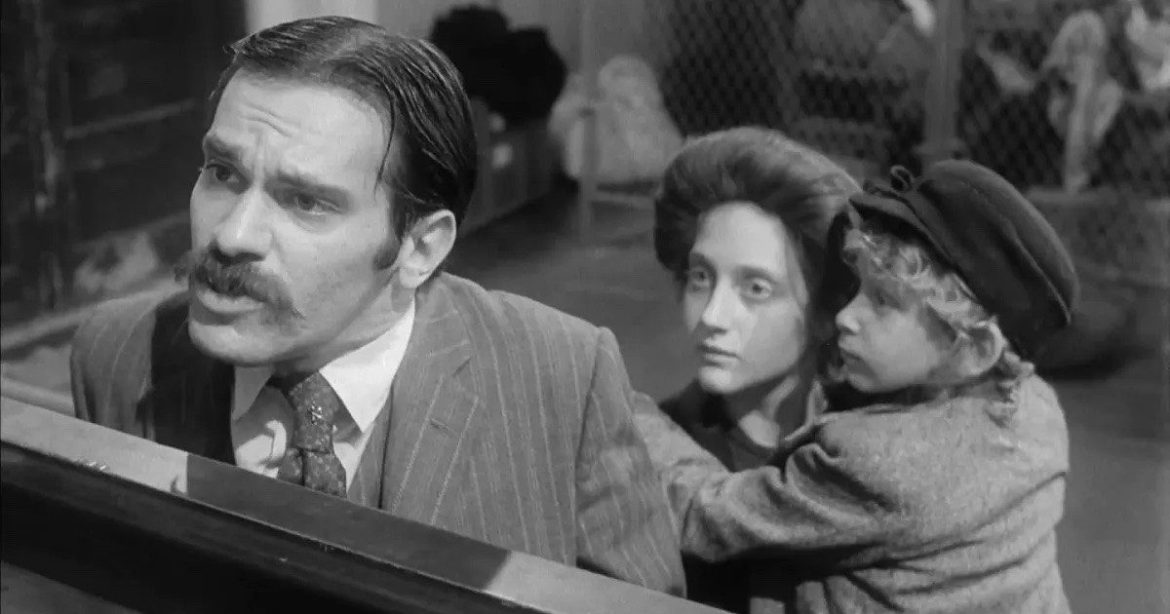 It’s only fitting that New York City‘s biggest film festival has chosen to premiere Cohen Film Collection’s new 4K restoration of Joan Micklin Silver’s Hester Street — a film so obviously tied to the city’s legacy with immigration that its namesake can be found 35 minutes away from the festival’s very own Elinor Bunin Munroe Film Center. With naturalistic black-and-white cinematography highlighting the city’s daily life, a heartbreakingly marvelous Carol Kane at the forefront of its raw narrative, and born from the vision of a dedicated director who blazed her own path through a flagrantly sexist Hollywood, Hester Street‘s deeply honest tale of immigration and tradition in the towering face of American modernity remains ever-so-resonant in our equally-as-complex modern era, where U.S. immigration remains as much of a labyrinthian cultural issue now as it was over a full century ago.

Set in the constantly bustling Lower East Side of 1896’s New York, Hester Street first introduces us to a man named Yankel, a Jewish Eastern European immigrant who’s since pridefully assimilated into American culture and taken on the name of Jake, mingling with various other immigrants in restaurants and having a lively affair with a dancer named Mamie. Jake soon finds himself having to prepare, however, for the imminent arrival of his wife, Gitl, and their son, Yossele — who, upon nervously reaching New York City, are only greeted by Jake’s reluctant, unwelcome stares and his sharp-tongued, irritated bursts of abuse. Moments later, Hester Street finds itself quietly transitioning into Gitl’s more solemn perspective, as she navigates the difficulties of having to acclimate herself and her son to a modernized Western culture she remains a total stranger to, all while having to endure and eventually confront the harsh realities of her fraught marriage with Jake.

Hester Street‘s primary impact comes in its unmitigated honesty, weaving together still-relevant truths not just about the cultural impact and changes immigrants are forced to or willingly experience in order to comfortably assimilate into their new homeland, but also about the personal and interpersonal impacts said changes have on their personalities and psychologies. It’s very obviously a period-specific film, and much of it is based on renowned Jewish-American socialist Abraham Cahan’s first novel, Yekl: A Tale of the New York Ghetto, yet it’s in the interactions between its characters and the predominant cultural forces behind their every action that allows this story to resonate as far into the modern era as it evidently has.

The film’s shoestring budget of just over $370,000 — a budget that Silver compiled without any sort of studio backing — may very well have played a major role in such an earnest storytelling approach, evident in the clear lack of studio interference that had previously prevented Silver from finding any avenues into Hollywood prior to creating Hester Street. You won’t be able to notice these limitations from watching the film, however; it’s impressive to see just how well Silver captures the atmosphere of the city in 1896, as so much of its production value and cinematography, the latter of which is offered new life by the restoration‘s improvements in quality, reflect both the inner and outer lives of its characters with a kind of earnest, non-sentimental grace. The bustling marketplaces, crowded immigration centers, and cramped interiors and backstreets are among a few of the many locations Silver depicts with the eye of a veteran, (inevitably) employing very few ostentatious or flashy cinematic tricks, but in exchange making her images all the more authentic, intimate, and personal.

The story of the era, however, wouldn’t be complete without the people in it, and amplifying the images’ impact are the characters inhabiting the frame. Carol Kane delivers the performance of a lifetime with her role as Gitl — one that deservedly earned her an Oscar nomination for Best Actress — with every inch of her difficult journey of American assimilation being all the more believable thanks to Kane’s dedication to the part. She runs the whole gamut of emotions within Gitl’s experience; first from confusion and bewilderment at Jake’s attempts to force her into a culture she can’t understand, and then slowly turning into something different as she regains autonomy in her abusive marriage and slowly makes herself part of a modernized American culture. Opposite her is Steven Keats, who, even amidst his somewhat exaggerated accent, brings an intimidating over-masculine and cultural pride to Jake’s already clear assimilation, one that’s threatened by Gitl’s initial traditionalism, and one that makes him fight tooth-and-nail to protect the status he’s clearly worked hard to build up — even if it means viciously forcing Gitl and his son into roles they’re struggling to conform to.

So much of Hester Street feels truly honest about the era as a whole, both in its details and cultural specificity, and it’s a truly fortunate thing to see a story that remains true to the ever-relevant struggles and hardships of immigration be brought once again to the forefront of attention with such a gorgeous restoration. Classic films filled with such moving, human, and candid truthfulness in their approach to said ideas are the ones that tend to leave some form of a lasting impression even decades after their release, and if Hester Street‘s impact and continued relevance is any indication, it’s a work that surely should belong in the same canon as its similarly illuminating contemporaries.

For more information on Hester Street and other films playing at the New York Film Festival, check out their website.

Thank you for reading! What are your thoughts on Hester Street? Comment down below!

Love modern movies that film in black and white

Frank Simon’s ‘The Queen’: The Restoration of an...