The latest reader requested review comes from a dear friend and covers one of the most ambitious films of the last decade, Interstellar!  Christopher Nolan‘s mind-bending epic has stirred much discussion since its release back in 2014.  With far-reaching science and massive stakes, film doesn’t get much bigger than Interstellar.  But is the film a perfect masterpiece like many claim it to be?  The following review will be spoiler free. 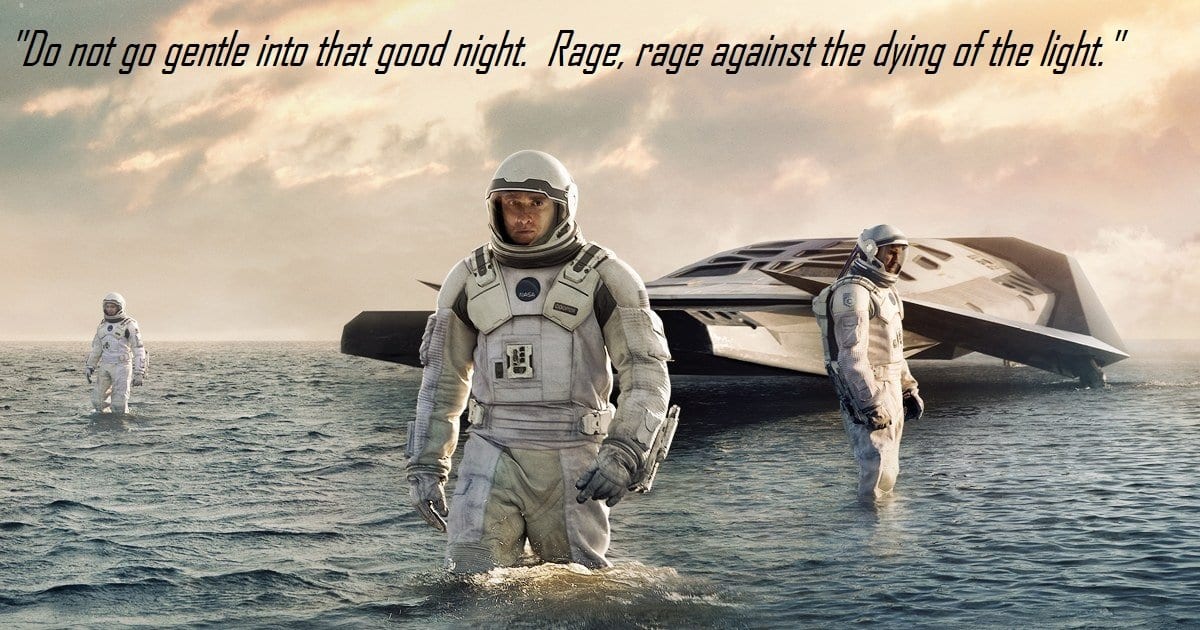 In the near future, famine has washed over the Earth, forcing those who are capable to think of ways to save the planet.  When former pilot Cooper (McConaughey) learns of plans to save the population by finding a new, habitable planet, he and his appointed crew must journey out into previously unventured solar systems.  As they search for a new planet, they encounter some of quantum physics‘ most asked questions in what is the most ambitious space travel ever attempted.

The initial idea for Interstellar was created by producer Lynda Obst and theoretical physicist Kip Thorne.  The two had previously collaborated on Contact and, if you can believe it, had known each other since the great Carl Sagan set them up on a blind date.  After initially writing a treatment for a script together, Steven Spielberg became attached to the project back in 2006.

Jonathan Nolan was then hired to write the script for the film, now titled Interstellar.  However, Spielberg then moved his production company, DreamWorks, to Disney back in 2009, leaving Paramount without a director for the film.  It was at this point where Jonathan Nolan suggested that his brother, Christopher, should take over as director.

Visuals That Will Make Your Jaw Drop

Nolan has always had an amazing ability to blend practical, in-camera shots with CGI effects.  He understands that CGI is a tool rather than a crutch.  Interstellar may be the best representation of this skill.  The film displays mind-bending effects and scenery that, in this critic’s opinion, have yet to be matched on screen.  As our astronauts fly through space, we get to see wormholes and black holes come to life.  In fact, scientists such as Neil deGrasse Tyson have even applauded its realism.  Interstellar is a true representation of the term “science fiction,” blending scientific realism with believable fictional circumstances.

What many fail to realize in rewatching this film is that it actually takes quite a long time before our main characters get to space.  Until that point, there are endless views of a desolate Earth that only heighten the need to escape from it.  Every frame of Interstellar oozes with visual splendor, focusing on subconscious elements that tell you all you need to know about a certain situation. 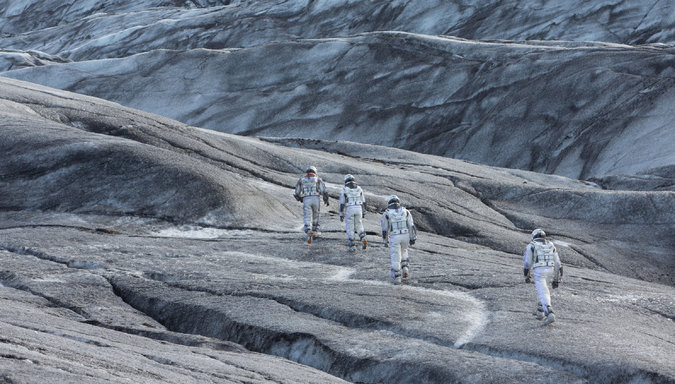 Nolan has definitely made better films, but Interstellar is the best in his filmography in visual storytelling.

There’s a sentiment from film fans everywhere that Nolan films with a Kubrick-like sense of emotional detachment.  This idea is certainly relevant in films like Dunkirk and Following, but Interstellar hinges on your emotional attachment to Cooper and Murph.  As we journey through the cosmos, this main relationship is always present.  There are true moments of cathartic emotion throughout this film, most notably from McConaughey as tears flow down his face.

While Interstellar has one of the biggest scopes ever put to film, it’s also a very small film from a thematic standpoint.  At its core, Interstellar is about a man attempting to save his family.  He goes to extreme lengths to solve this problem, but this pursuit is never lost in the wake of different solar systems and shifts in gravity. 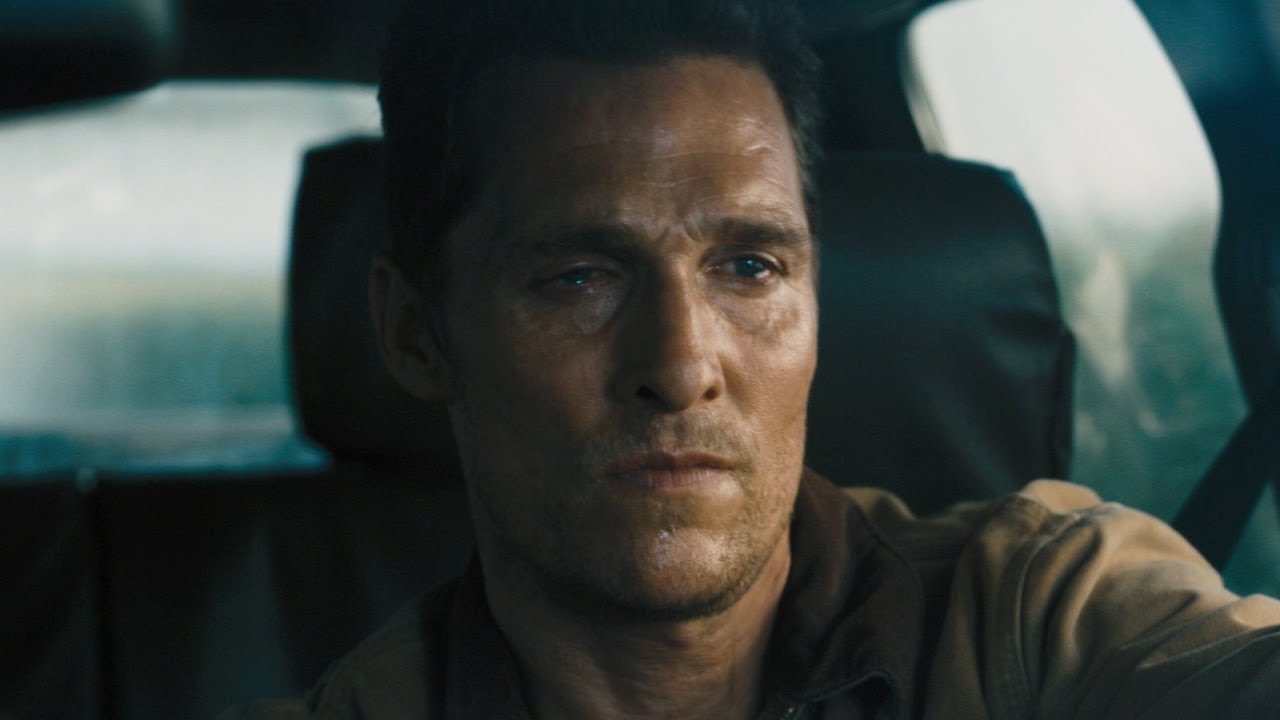 In this respect, Matthew McConaughey shines through with an amazing performance.  He remains incredibly vulnerable in the middle of galactic chaos.  Interstellar was released in the middle of the McConaissance, and it certainly shows.

Okay, Maybe the Emotion and Symbolism Went a Little Too Far

However, with all its flair, one can’t help but notice the film’s flaws.  On occasion, Nolan has the tendency to make his themes and symbolism incredibly obvious.  There are reveals in Interstellar that hit you over the head with their symbolism.  In the third act, Nolan tries to combine all of its far-reaching elements in a suitably epic, emotional conclusion.  While there are moments here that really work and allow for fascinating discussion, one can’t but think that it all feels a tad contrived. 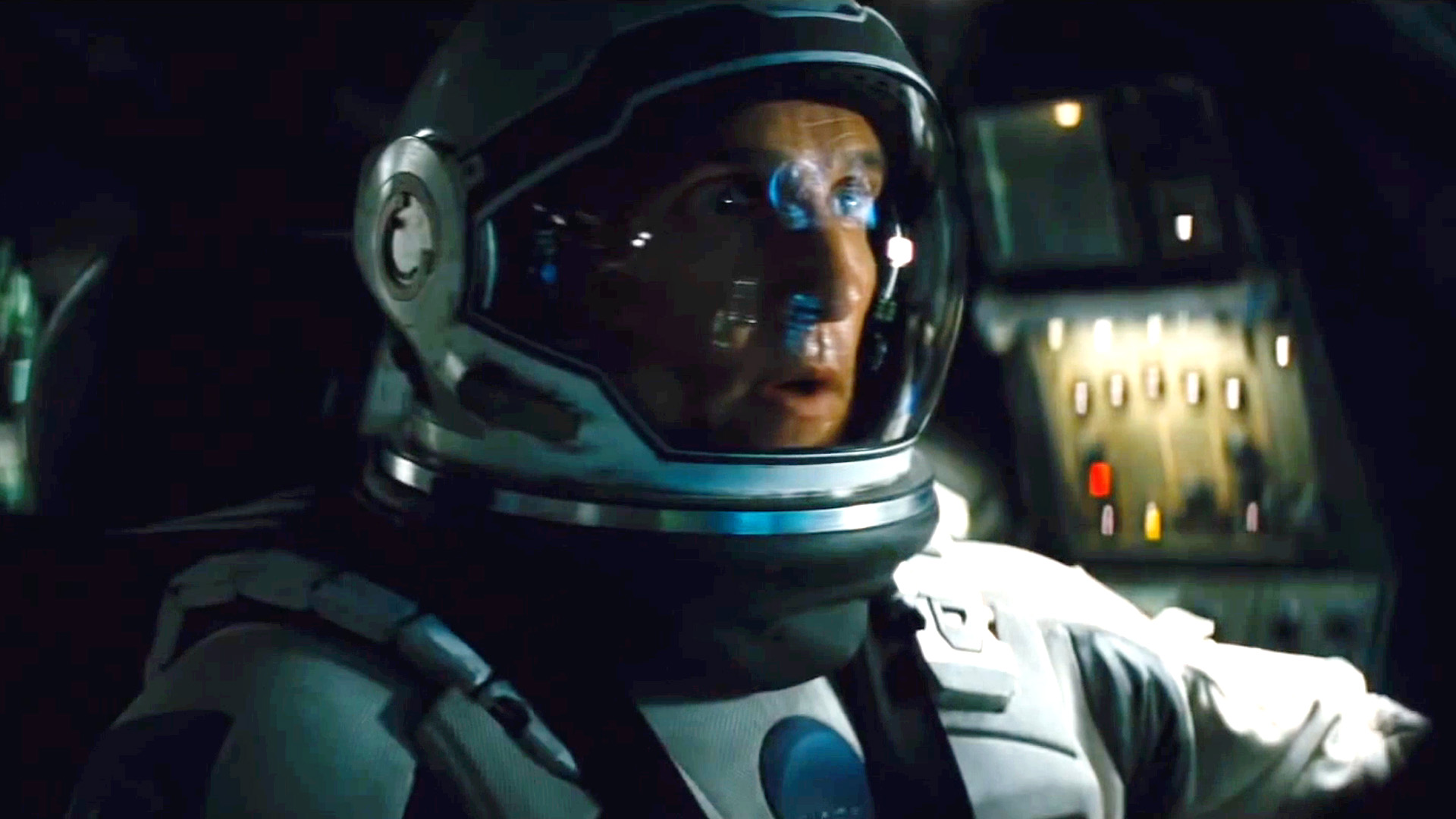 There’s a lack of subtlety to this film that betrays its scientific, well-thought out roots.  It keeps the film from becoming the classic that it probably deserves to be.

Interstellar relies on the intelligence of its viewers for the most part.  It feeds you high concept ideas and expects you to trust that the ride will be worth it.  Yet, for some reason, the film needs to make some of its themes awfully obvious.  In these instances, the film detracts from its intelligence.  This film is chock full of some of the best discussion of science that has ever put to film.  It has the audacity to attempt to tackle ideas in quantum physics that are still being worked on to this day.  It’s just a shame its expression of messages couldn’t be as thought-provoking.

I will never knock Christopher Nolan for his technical brilliance and ambitious themes that he attempts to tackle.  He will continue to wow us for as long as makes films.  Interstellar is no different in this regard.  This movie is absolutely breathtaking in every way.  From views of black holes to the conceptual nature of the discussion of science, this is a film that I will always appreciated.  However, when you take a step back, you can’t help but notice that there’s some puzzle pieces that don’t quite fit together.  It gets a B+.

Interstellar is unbelievably ambitious.  Although not every piece of it works, we would all be better for it if more filmmakers attempted to be as daring as Nolan was here.

Thanks for reading!  What are your thoughts on Interstellar?  Comment down below!

I’m surprised to see you didn’t mention the amazing score by Hans Zimmer. I think it is one of his best and I listen to it often. I find it has a great atmospheric effect to listen to it while I’m reading. Great review though! I know the movie has its issues, but I love it anyways.

I have to agree with you on that one! There’s so much to unpack with this film that if I mentioned every bit of it I think I’d still be writing it! lol

I remember seeing this movie in the IMAX theater when I was in high school. It was an unprecedented experience, but I was too young to even comprehend the themes of what he was going for. When I watched it again on home media, I was blown away by everything having matured into an adult. One of those movies that gets better on rewatches.

I’d had to agree there. It’s incredibly intricate. You find new things in it every time!

Interstellar was glorious. Some flaws, sure, but as you’ve said, we’re all better for for this film and its contributions to the genre.

It’s one of those films I continue to think about to this day. Definitely one of the more thought-provoking films of the last decade.

The visuals and soundtrack WERE spot on. The cinemascape was created beautifully. But what I could not stand was the story which is obviously a major component of the film. I have seen quite a few of Spielberg’s slower-moving works, but this was significantly slower for me personally. For 2+ hours I waited for the plot to “pick up,” but my waiting never seemed to pay off. Great review! I’m just one of the minority that wasn’t overly entertained by Interstellar.