Lacking creatures but containing his greatest monsters yet, del Toro’s 'Nightmare Alley' is a showcase of ace acting and instantly iconic set design, elevating his trademark style into a film that shines brighter the darker it becomes. 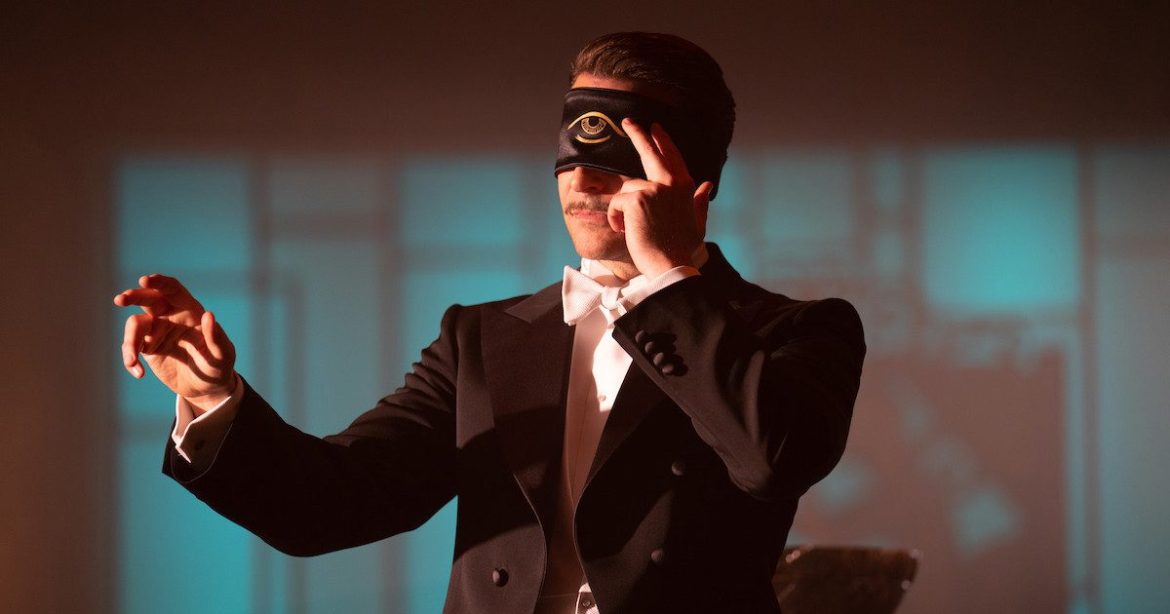 “People are desperate to tell you who they are.”

This lesson is one of many imparted to Stan (Bradley Cooper) in the first act of Nightmare Alley — the story of a rise and fall as predictable yet haunting as any great tragedy. From the onset, Stan is desperate to lie and con his way into becoming something he isn’t — forever running from a past that he is terrified will also be his future. But like the people he tricks with his con job mentalist routine, he tells us who he truly is with every action he takes. Put more cruelly amidst the film’s powerful conclusion, “people fool themselves” — and Stan is no different.

Stan — an eager, ambitious man on the run from his dark past — finds himself in the company of a troupe of carnies, and taken under the wing of mentalist couple Zeena (Toni Collette) and Pete (David Strathairn). From them, he learns the tricks of the trade and finds that they pair fabulously with his handsome looks and effortless charm. He wins over fellow carny Molly Cahill (Rooney Mara), and together they take his show on the road, engaging in a mentalist routine that captures the attention of increasingly high profile audiences. It’s a stable life that never quite gels with the raw ambition of Cooper’s Stan, and one that begins to come undone at the seams when he meets the mysterious and cunning psychologist Lilith Ritter (Cate Blanchett) and enters into a game that threatens to reveal who was really being fooled all along.

Cooper is asked to carry the weight of the film on his shoulders, and he delivers.

Cooper’s Stan is a character we haven’t seen him play before: someone dark and doomed, but on the surface confident and charming. He strips away his natural charisma to give us the rotten core of Stan that he works so hard to convince everyone (including himself) isn’t there, and then layers back on a false facade of charm and conviction that grows thicker but more tenuous the more he is roped into his own con. Without his performance at the center, the film and its central question (man or beast?) would immediately fall apart. But he’s aided by supporting performances that help to power the vibe of the film and push it towards the finale.

There is the cast of actors that serve the overall design of Nightmare Alley — simply put, they are the best carnies that Hollywood has to offer. It is hardly a stretch of the imagination to envision Collette, Willem Dafoe, Ron Perlman, and Tim Blake Nelson right at home amidst the seedy world of a 1930’s freakshow carnival. They feel as natural in this film as the gorgeous and grotesquely rendered set design, capturing the lived-in underbelly of this world such that it feels like a snapshot of a revolting bygone era, but an oddly alluring place that leaves one nearly nostalgic for something never experienced.

But the film’s standout is Cate Blanchett (when is she not?), who slinks into the film just as the film shifts locations. In the place of the grime and the freaks now are elegant cocktail lounges, politicians and grandiose high society, and Blanchett’s Ritter — who embodies the elegance and intelligence that Stan believes he possesses. But masked by her magnetic, graceful presence is something dark and cunning, and the higher she lifts Stan the more obvious his tragic fall becomes.

A monster movie devoid of creatures ends up being one of del Toro’s strongest yet.

Guillermo del Toro has a reputation for monster movies, featuring intricately conceived creatures that remain in the mind’s eye long after the credits run. But the stories he tells are far simpler than his elaborate monsters; they are parables dressed up in grand set design, fabulistic tales of good and evil, romance, greed, and morality coated in a layer of brilliant darkness. His fairy tales work because his stories give space for the filmmaking to carry the load — and in Nightmare Alley the acting, production, direction, and score create a well-worn mood that makes the intense final act feel both compelling and inevitable all at once.

If there’s a knock on Nightmare Alley it’s that it’s too long — a 150-minute runtime wears on the viewer and verges on being too much of a slow burn. However, that feeling of weightiness caused by the length is instantly thrown aside as the film enters its climax, which is worth the build and then some. What del Toro has crafted with Nightmare Alley feels like cinema at a time when what that means is being called into question, and is the product of an artist lending his steadfast vision for filmmaking to a story that benefits greatly from his style. It’s rotted and enticing all at once — step right up folks, we have a winner.

Thank you for reading! What are your thoughts on Nightmare Alley? Comment down below!

What’s the Best A24 Movie Set in Florida?