‘Panic Room’: Anxiety and Isolation Are as Real as Ever

Celebrating 20 years of this cerebral thriller. 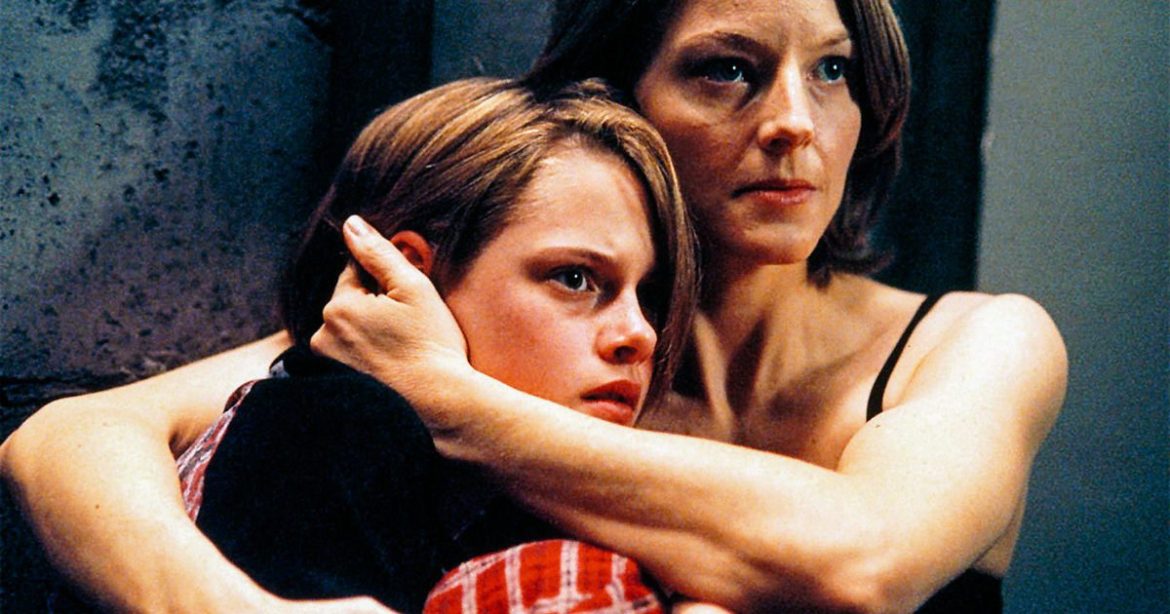 In 2002, the national sense of security and anxiety was at an all-time high in the aftermath of 9/11. Panic Room, a cerebral thriller with a twist on the home invasion genre, was released to commercial success. The film grossed more than four times its $48 million budget and was well received by critics. 20 years later, this film’s tension is as impactful as ever.

Late last month saw the 20th anniversary of Panic Room. I had first seen this movie a year or two after it came out, and it had stuck with me ever since. Now 20 years later and this David Fincher film feels more relevant than ever as the world struggles to pull itself out of another security-shaking and anxiety-inducing event like COVID-19. Fincher is known for classics like Fight Club, Se7en, and The Social Network, and while Panic Room may not be one of the classics people mention first, it is a standout entry into the home-invasion genre that does not rely on cliché or predictability to drive the story forward. The cinematography, acting, and pacing of the film are so tuned in that this film could be released today and not miss a beat.

The Cast (From Child Star to a Vampire’s Heart)

The film has a star-studded cast, but its supporting roles are bigger stars by today’s standards than those who initially were bigger players. Jodie Foster plays the protagonist, Meg Altman, and at the time was the anchor of the cast and the main star. Forest Whitaker, Burnham, was the biggest supporting star in the cast with other supporting actors Jared Leto who plays Junior, and Dwight Yoakam who plays Raoul (all three playing criminals breaking into the new Altman home). All three play their roles to perfection. Leto obnoxiously pops his gum and speaks sporadically to showcase his character’s lack of foresight and desperation, he is the mouthpiece and comedic relief, though it’s cleverly done and doesn’t detract from the intensity of the plot.

In 2002, Jared Leto had begun to establish himself as a budding indie actor but was nowhere near the blockbuster name he is today. The same can be said for Kristen Stewart who was only twelve at the time and plays Altman’s (Foster’s) daughter, Sarah. This was only Stewart’s fourth film, well before her career was catapulted forward by the Twilight series.

Whitaker, Leto, and Yoakam’s chemistry are believable and even makes some of them almost likable (but not Yoakam, that bastard). Jokes aside, Yoakam is also an established Country musician whom I have seen sling his 6-string a handful of times. His ability to write and perform beautiful music, and then play a villain like Raoul is a testament to his acting skills.

The concept of home invasion is always one I’ve found especially eerie as it is grounded in reality and this film attacked (no pun intended) this theme well before recent horror standouts like The Purge, The Strangers, and Funny Games (2007). This fear persists and feels even more present today. Home invasion films often have a reason built-in as to why the protagonist is stuck in place. Classics like Rear Window utilized an injury of the main character, while more modern takes have the agoraphobic, Intruders, and earth-invading, 10 Cloverfield Lane.

So many of us just want to escape, to hunker down… until most of society has to undergo a sense of solitary confinement. Panic Room hits even harder post-COVID. The filming of the movie is superbly done, with long one-take panning shots to establish the ensuing house break-in and conflict. The one aspect of this film that makes it harder to relate to than others, is just how well off the protagonists are, living in a mansion with a panic room (and an elevator) is not the locale that many of us would find ourselves in if facing a home invasion.

The room is a character in itself, changing as the plot takes its toll. The fortress is impenetrable to the crooks, but there is no way for Foster to reach the outside world. The panic room’s hardline phone was not set up. These small plot points are explained throughout the dialogue and the story.  The room has no cell service, and with today’s technology, there would be a wifi hotspot built-in. The room itself is not the only barrier. Stewart’s character has diabetes and requires medication, driving the plot forward and forcing Foster to leave the security of the room. This all adds a twist to the home invasion genre that creates fresh, tense scenarios that make this a memorable flick well worth watching 20 years later.

Thank you for reading! What are your thoughts on Panic Room? Comment down below!

Join MovieBabble on Patreon so that new content will always be possible!

After 60 Years, ‘Psycho’ Remains as Ingenious as...