‘The Innocents’ Is a Scary Kids Eye View of Superpowers 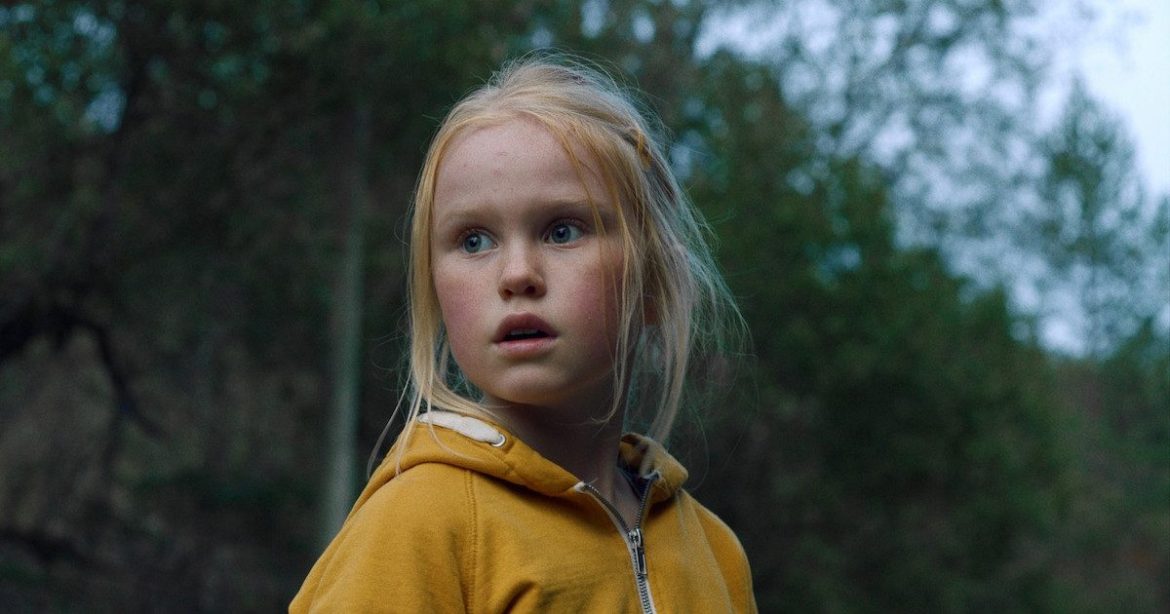 Kids, eh? Buncha weirdos the lot of ’em. Not yours obviously, they’re lovely. No offense meant. But they can be confusing little blighters at times, something horror movies have used since at least 1960 with Village of the Damned. The latest addition to the worrying moppets genre is the Nordic chiller The Innocents, written and directed by the Oscar-nominated screenwriter Eskil Vogt, following his work on Joachim Trier’s recently released The Worst Person in the World.

The Kids Are Alright

During an idyllic summer, four kids become friends while playing in the parks and woods surrounding their high-rise estate. Aisha, Ben, and Ida and her autistic older sister Anna slowly discover that they are developing supernatural powers. Initially telekinesis, at the level of deflecting pebbles, which is very realistically directed. The childish curious delight is pitch-perfect. Kids roll with stuff they don’t understand, they have to, they hardly understand anything. The Hollywood huge-eyed “Oh my GOD” reaction to the supernatural never sits right. Of course, this would just be a new game to them.

Throughout the film, the young cast gives great, naturalistic performances. It never feels like they’re acting. That’s vital as the film is very much “their” film. There are adults in it, but it’s telling that they’re all credited as “Aisha’s mother” or “Ida and Anna’s father”.  This is a story set in the world of kids, the way they perceive and interact with it. (Side note, I’ve seen criticisms of Anna as the “Autistic Child As Magical Being” trope, and I don’t think that’s deserved at all. All the kids get “magical” powers, and there’s no suggestion that Anna is somehow more gifted because of her issues.)

Which is not to say the adults aren’t well-formed characters. Ida and Anna’s mom (Ellen Dorrit Petersen) in particular is great as she tries to hold in her hopes that Anna’s condition might be improving while obviously desperately wanting to believe it’s happening.

The gradual increase in powers is nicely done too. There’s a smooth transition from thinking they can just hear each other by listening hard to realizing they can actually hear thoughts. Throughout, the strengthening of their abilities smoothly ramps up. It never does a convenient sudden jump for the sake of moving the plot.

Okay, Not All the Kids Are Alright

Unfortunately, the same can’t be said for the increasing darkness of Ben (Sam Ashraf). Very early on, the movie shows him carrying out a shocking act of animal cruelty. It’s jarring in itself, but it also makes the rest of the kid’s interactions afterward a little less believable. Sliding the scale of “this kid’s a wrong ‘un” up slowly doesn’t work as well when he’s already done THAT to a cat.

The obvious film for comparison is Chronicle, another movie with a group of superpowered friends where one goes more Zod than Kal El. But whereas in that movie Dane Dehaan’s character spiraled into darkness for understandable if not forgivable reasons, Ben, at times, is closer to the kid in Brightburn, a telekinetic Damien who’s evil for evil’s sake. There’s an attempt to show a little bullying or some slightly overbearing parenting as catalysts, but Ben goes from zero to murder far too easily.

It’s a shame the route to the big scenes isn’t as smoothly laid down as it could be, because the prime moments are fantastically well-directed. Scary, exciting, and particularly in the climactic showdown, utterly gripping. The finale calls to mind the end of Scanners, except with a sun-dappled, family-filled park as a backdrop. This only serves to heighten the tension, with the surrounding people completely oblivious to the powers raging in their midst.

So overall, The Innocents is definitely worth two hours of your time, but is a much bigger advert for its writer/director on the second part of that job title.

Thank you for reading! What are your thoughts on The Innocents? Comment down below!

Being ‘Clean’ Can Get a Bit Messy