‘The Princess’ or a Story of a Girl Who Saves Herself

A character type that is completely flipped on its head. 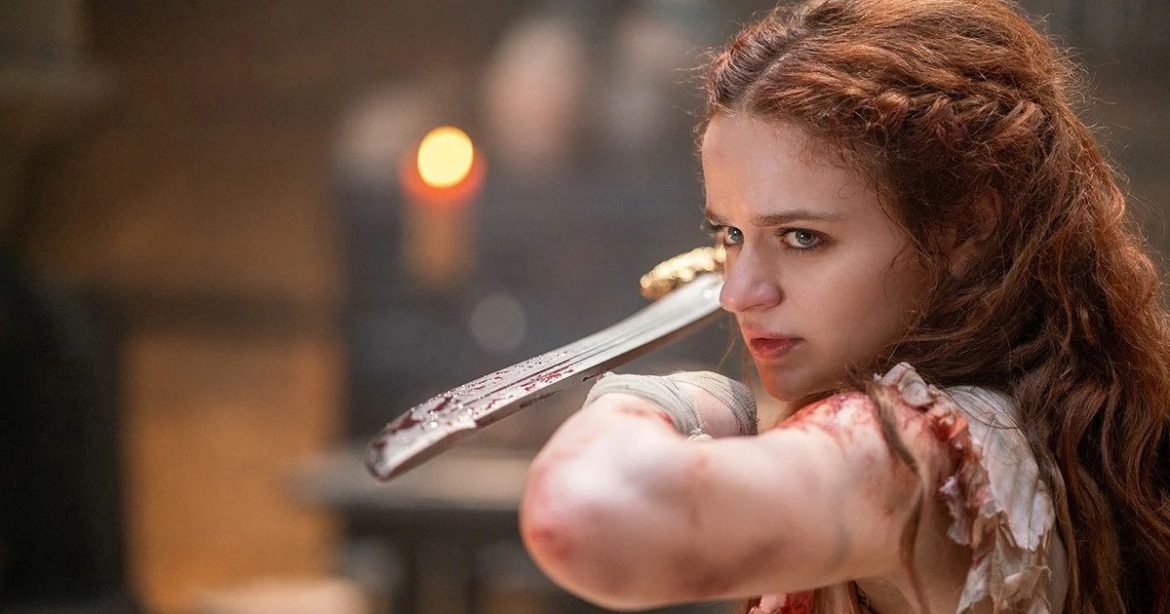 We all know the stereotype of a fairy tale princess (who may or not be unconscious) waiting for a man to rescue her and save the day.

The new Hulu movie, The Princess, takes this stereotype and smashes it into pieces. When we first meet the title character, simply known as the Princess (Joey King), she is laying on a bed and wearing a beautiful white wedding dress. Opening her eyes and sitting up, she discovers that her hands and legs are chained together. After refusing to marry Julius (Dominic Cooper), she must fight against an army to save her family and her kingdom. Aided by her sparring teacher, Linh (Veronica Ngo), they join forces to stop Julius before he takes what is not his by any means possible.

She Just Goes for It

What I love about this character is that she doesn’t ask for permission, or wait for the calvary (i.e., prince charming) to come. She picks up whatever is within reach and goes for it. She knows that her survival and the survival of both her family and her kingdom cannot wait. As the narrative moves forward, the wedding dress is slowly destroyed. The analogy of her transformation from a girl who meekly follows her father’s orders into a badass is represented by this change in her clothing. When she finally meets Julius face to face, she is in full-on battle mode complete with a sword, armor, and a determination to kill him.

What struck me narrative-wise was that she needed to prove to her father that she was worthy of one day sitting on the throne in her own right. Like many men, he only saw his daughter in the traditional sense. He could not even consider the idea that he didn’t need to look outside of his own family for an heir. When she stands face to face with Julius, the King realizes that he was wrong. His firstborn is more than ready to wear the crown when the time comes.

A Princess Who Is Born to Fight

As we have already discussed, this character is not the submissive meek type who automatically yesses the people around her. My favorite scenes are the ones in which she is learning to fight from Linh and Linh’s uncle Khai (Kristopher Kamiyasu). It shows her progression as a warrior. Those scenes are then intercut with her going on a mostly one-woman killing spree.

It Is a Gory, Brilliant, and Empowering Adventure

While in the process of saving everything and everyone she loves, she makes use of whatever she can get her hands on. It goes without saying that there is a lot of bloodshed. I’m normally a squeamish person, but it gave this narrative a credibility that would have been lost had the gore been off-screen or minimalized.

Though some reviewers claim that it is conventional and trite, I disagree. What I liked about the narrative and the main character is that she is not a born fighter. Over the course of the story, she both has to learn to protect herself and be creative in the ways she defeats Julius’s army, as a person who goes from having little or no confidence to one who believes in themselves. The change could come off as hokey or predictable. But in the hands of this young woman, it is almost as if she is challenging both herself and the viewer to become more than what is expected of them.

In my humble opinion, The Princess is one of the better films of the year. It melds feminist ideals, the vision of the traditional fairy tale, and adventure that grabs the audience by the lapels and drags them on one hell of a ride.

Thank you for reading! What are your thoughts on The Princess? Comment down below!

‘Maleficent: Mistress of Evil’ Is The Fantasy Version...