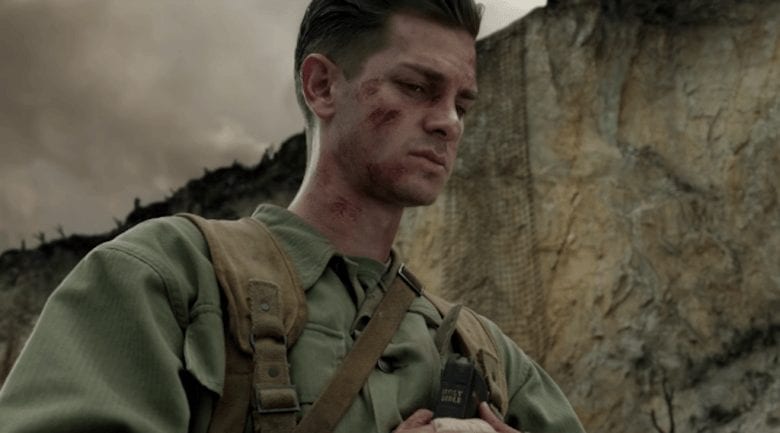 Here’s a review of one of my most anticipated movies of the fall, Hacksaw Ridge!  The following review will be spoiler free.  Be sure to share and comment and let me know what you think!

Hacksaw Ridge is directed by Mel Gibson and stars Andrew Garfield, Luke Bracey, and Sam Worthington.  The movie follows Desmond Doss (Garfield) who wishes to enlist in the army and serve as a medic.  However, his platoon sergeant and other prospective soldier learn his most fundamental principle: he will not take another man’s life, meaning he won’t touch a gun or help kill the enemy in battle.  Doss has forever been a very religious man and steadfastly believes in God and his teachings to the point where he deals with a great amount of adversity.  But eventually, Doss is allowed to enter war without a single weapon to protect him.

Ever since Mel Gibson had his public meltdown, he has been somewhat of a hot button issue in the industry.  However, he’s still a damn good director.  Braveheart is an all-time classic film while Apocalytpo is a vastly underrated, masterfully crafted piece of work.  All of Gibson’s uses violence in his films teeter the line between art and brutality (looking at you Passion of the Christ), but the violence is purposeful which makes it really resonate with the viewer.  His movies are visceral, raw, and incredibly ambitious.  Gibson rarely throws the audience a softball. 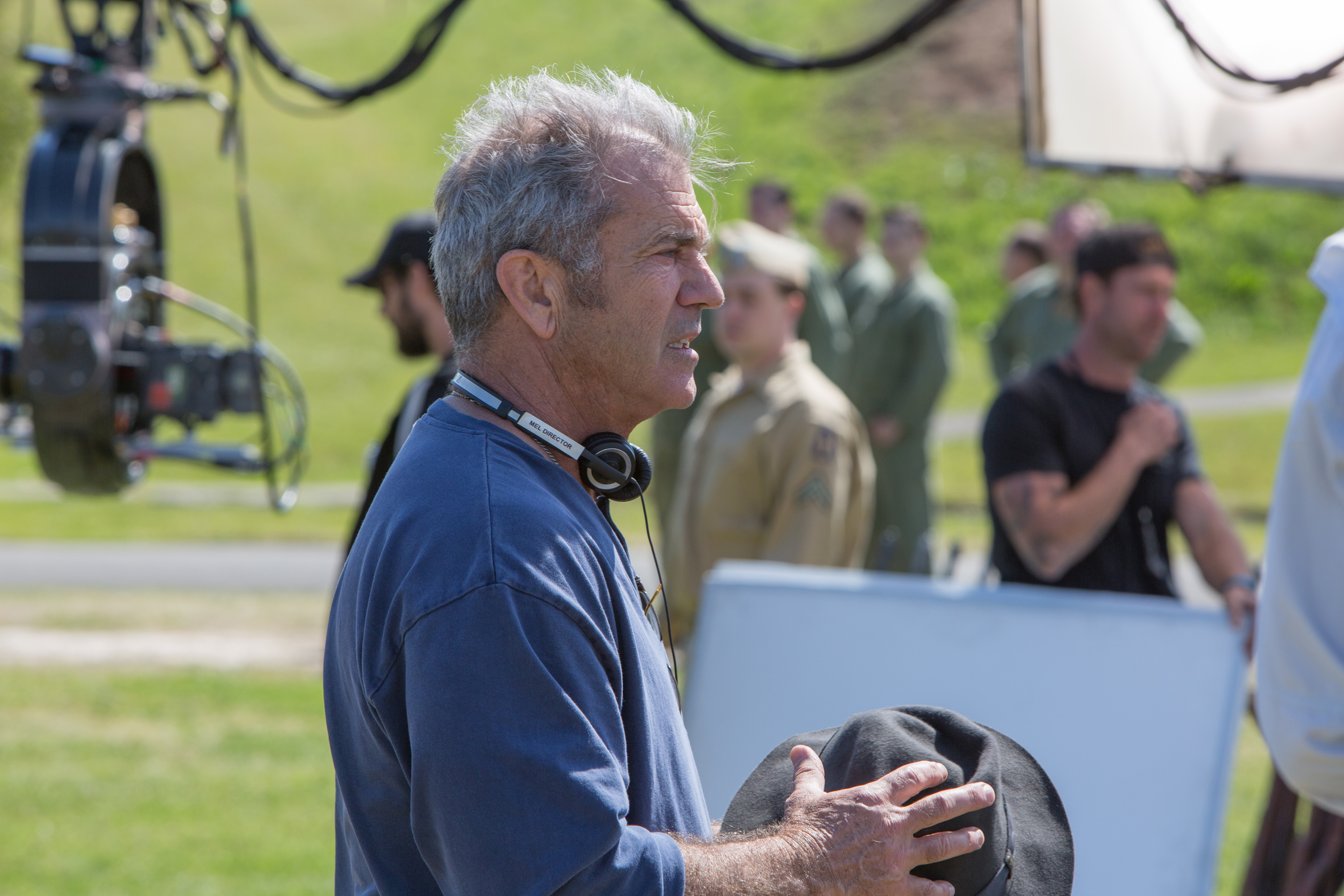 I was also very intrigued by the cast of Hacksaw Ridge.  Andrew Garfield is great actor that unfortunately gets unnecessary hate for the Amazing Spider-Man franchise, which is disappointing since he is not what was wrong about those movies.  Vince Vaughn, Sam Worthington, and Luke Bracey are also in this film which I also found interesting since each actor has been down on their luck recently with Vaughn releasing unfunny comedies, Worthington being forced into a leading man in Hollywood when he is not, and Bracey coming off that god-awful Point Break remake from last year.  However, the trailer for Hacksaw Ridge had me so enthralled with this movie that I was preparing for a movie that would floor me.

In my humble opinion, Hacksaw Ridge is the best movie of the year so far.  I was so impressed with the acting first and foremost.  Desmond Doss and his wife Dorothy Schutte (Teresa Palmer) have the sweetest relationship as they show Doss’s life before the war.  Their dynamic could have easily been cheesy but, due to two great performances, their union tugged on my heart strings, leaving me with a smile.

Moreover, I was pleasantly surprised by Sam Worthington, Vince Vaughn, and Luke Bracey.  Worthington as Captain Glover had a really nice character arc, going from absolutely disagreeing with Doss to completely respected him for staying true to his convictions.  Hacksaw Ridge was a refreshing return to form for Vince Vaughn as well.  I’ve felt for the past decade or so that Vaughn has been playing himself in every role.  But he gives an oustanding performance in Hacksaw Ridge as Sergeant Howell, throwing out some hilarious one-liners during training while then being harrowing during battle.  There’s a lot of actors playing against type in this movie which is very refreshing to see, most notably Hugo Weaving as Desmond’s father. The action in this movie (true to Gibson form) borders on terrifying, which I mean in the most positive of ways.  Gibson’s action style really translates to the horrors of war, showing the true dread and panic that soldiers must endure.  Nothing about the battle scenes felt like a movie, it puts you right into the middle of the fight, pulling no punches.

“Horrifying” would be the correct word to describe the war in this movie.  It almost plays like a horror movie in that sense.  There are some gruesome moments which definitely are difficult to watch.  It takes awhile to get to the war scenes in Hacksaw Ridge, but when it comes, it hits you like a freight train.  I thought there was a great balance between each side of the battle mowing each other down while also showing Desmond Doss running around to help fallen soldiers.  It’s as chilling as it is mesmerizing.

Andrew Garfield is an absolute revelation as Desmond Doss.  At the beginning of the movie, he is so charming in his interactions with others that you can’t help but smile.  The way stays true to his convictions of following what he believes is to be applauded.  Then, while in war, his actions of heroism are so magnificent that he was almost saint-like.  If he doesn’t receive some type of nomination come Oscar season it will be an absolute travesty.  I appreciated how Hacksaw Ridge used Doss’s faith as a layer to his character without hitting you over the head with Christianity or having a distinct message that you should be very religious. I expect Hacksaw Ridge to get multiple nominations, even Mel Gibson for best director if Hollywood doesn’t still hate him. 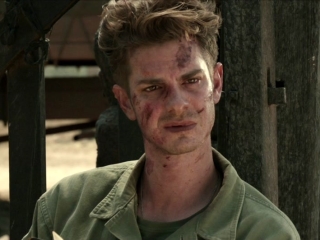 Hacksaw Ridge is one of the year’s finest films and one of the best war films I’ve seen in a very long time time.  For it’s realization of a hero’s convictions, a theme we can all learn from, Hacksaw Ridge deserves an A+.  Go support this movie!

As always thank you so much for reading!  Have you seen Hacksaw Ridge?  What is your favorite war film?  Whatever it is comment and let me know!

As for what’s next what do you want me to review?  Whether it’s old or new, the choice is up to you!