Mel Gibson Is a Gun-Toting Santa Claus in ‘Fatman’ 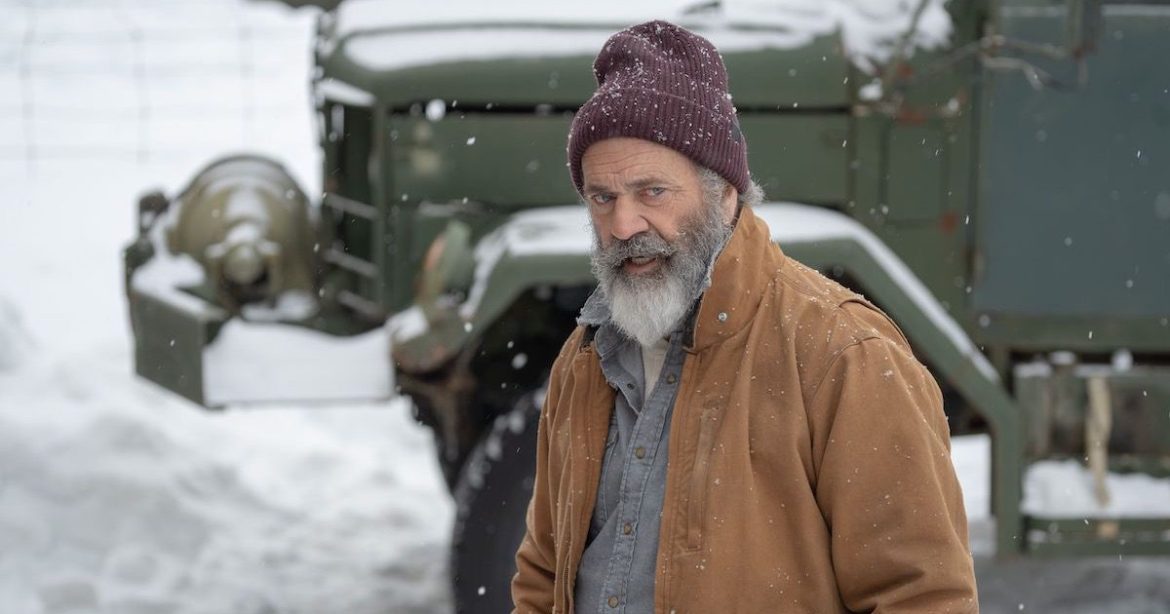 Fatman is an R-rated action movie starring Mel Gibson as Santa Claus… I can already feel many people shaking their heads. But, if you’re more like me, you might think this has the potential to be one of the most entertaining films of the year.

Chris Kringle (Mel Gibson) or, as he’s commonly more known as, Santa Claus, is real. Everyone knows this. Staying true to his myth, every Christmas Eve he travels around the world, bringing presents to good kids and lumps of coal to naughty kids.

But after years of generous service, Santa has grown weary of the modern world. The ratio of naughty kids keeps growing — they’ve even elected one into the White House! Lately, Santa can be seen chugging down whiskey in a rundown bar or shooting at cans. As you can probably guess, you shouldn’t mess with this particular Santa.

Due to the higher influx of coal under Christmas stockings, the government is threatening to cut off a significant portion of Santa’s funding. To save his business, Santa takes on a government contract. Instead of toys, military gadgets will be assembled in his workshop, courtesy of his hardworking, sugar-gobbling elves.

But when Billy Wenan (Chance Hurstfield), a sociopathic little brat (with a seemingly intentional resemblance to Ben Shapiro), receives a lump of coal on Christmas morning, he vows revenge. He hires the assistance of a man referred to as “The Skinny Man” (Walton Goggins), a professional assassin with his own personal grudge against the Fatman. As The Skinny Man tracks down Santa’s workshop, Chris is ruminating on his place in the world and whether he still has what it takes to be Santa Claus. 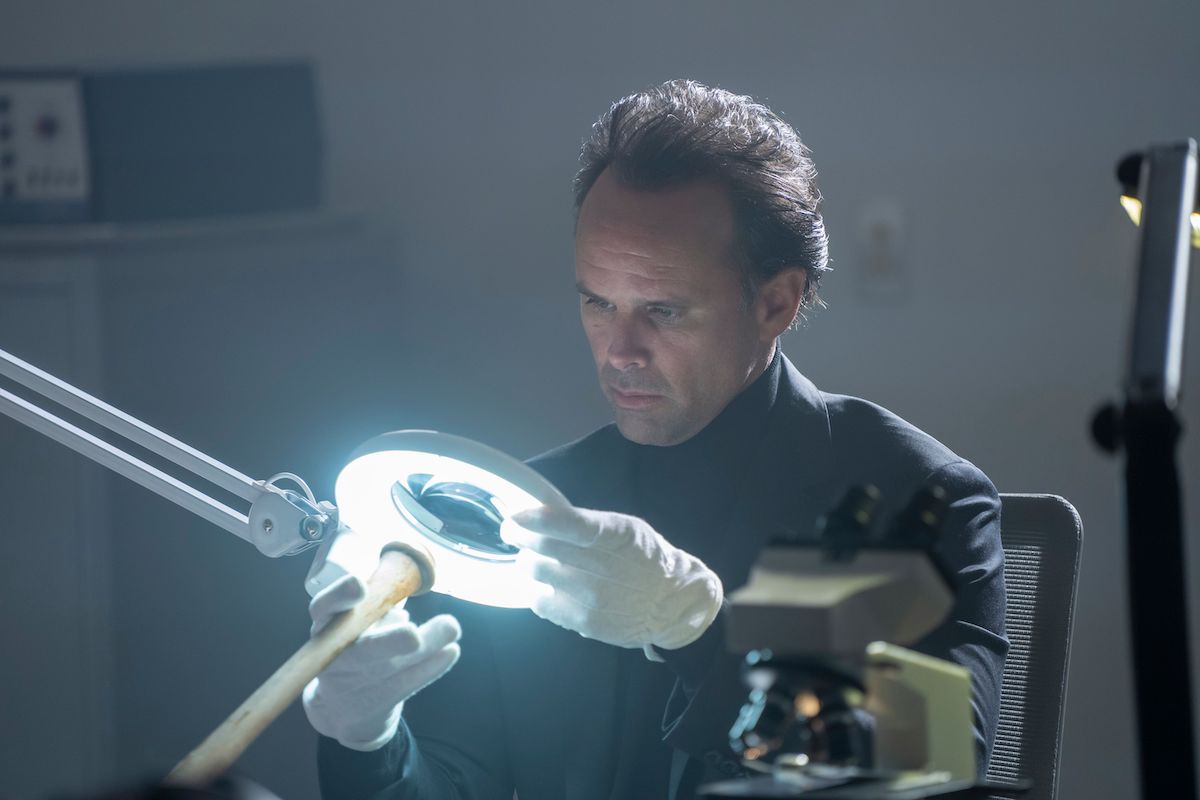 I Guess We Have to Talk About Mel Gibson…

The notion of Mel Gibson playing Santa Claus will immediately turn off a select group of critics. While I don’t want to discredit anyone’s journalistic integrity, it’s hard to deny that some of the negative reviews surrounding Fatman had everything to do with the casting of Mel Gibson, rather than the film itself.

I’m not here to make a judgment call whether people should watch Gibson’s films or not. For me, it has become a tiresome debate. It’s a personal thing. It either bothers you or it doesn’t. I don’t think it’s right to question the character of anyone on either side.

Though it has derailed his career for a while, it certainly hasn’t destroyed it. In the past few years, Gibson has appeared in numerous films, as well as having directed the 2016 award-nominated Hacksaw Ridge.

People’s personal issues aside, the man is undoubtedly talented. I’m personally not his biggest fan when it comes to his directorial efforts, especially when it comes to his complete disregard for historical accuracy and subtlety. At times, his historical epics go so far with their nationalistic tone, that they border on fascistic. I also am not aching to see that rumored sequel to The Passion of the Christ, the ridiculous Catholic-guilt-infested gorefest.

As an actor, however, there’s no denying his presence and charisma. The guy seemed manufactured for Hollywood fame. From his starring role in the post-apocalyptic Mad Max franchise to playing the suicidal goofball Martin Riggs in the Lethal Weapon franchise, Gibson certainly has made his mark on the action genre. But even his naysayers must admit he has range. Besides the action genre, he’s also shown himself to be skilled in both comedy and drama. He even made a decent Hamlet.

As the eponymous Fatman, Gibson plays up the aging, gruff action he’s been portraying of late, such as in Blood Father. There’s the raspy voice as well as the cool demeanor. But similar to that role, he imbues the character with a sense of sadness, as he laments the loss of the Christmas spirit within the current generation of children. Gibson seems perfectly cast in the role. While other performers might have played up the silly aspects, Gibson takes the role seriously. The script luckily offers enough warmth, especially in his moments with Mrs. Claus (the delightful Marianne Jean-Baptiste). When he finally is called to come into action by the film’s climax, Gibson once again convinces that even at his age, the guy can still throw a punch and look convincing doing it.

The most surprising aspect of Fatman is how seriously it takes itself, especially considering its premise. With a lesser writer, this film could have been some cheesy spoof. Instead, writers/directors (and brothers) Ian and Eshom Holms fill the script with characters that, despite their fantastic aspects, feel fleshed out.

The character of Billy Wenan could have easily been a bratty spoiled rich kid. While Billy is certainly all these things, there’s more to him. There’s the loss of a parental figure, with a father that never seems to be around. Billy’s obsessive need to be number one hints at a hollowness that’s eating him away inside. In his final scene, he does show some genuine fragility, and though we certainly wouldn’t mind seeing him getting a vicious spanking, he’s certainly not a one-dimensional character.

The same goes for the film’s main villain The Skinny Man, played by the ever-reliable Walton Goggins. Goggins’ natural comedic timing appears in quite a few scenes, but Goggins doesn’t play the character like a joke. A cold-hearted assassin notwithstanding, the film does establish an abusive childhood. One of the most interesting aspects of the character is his hobby of collecting Christmas presents made in Santa’s workshop. Oftentimes, he pays as little as possible for these gifts, just to prove to himself that regular people take these gifts for granted. There’s actually more to it than that, as is revealed in his final confrontation with Santa.

As mentioned before, there’s also Mrs. Claus, credited here as Ruth, who is actually my favorite character in the film. As she’s portrayed before, the character bakes and tends to her husband’s needs. But she’s not just a submissive housewife. She’s strong, cracks wise, and is even able to defend herself. The character could have easily been superfluous, just there to be ‘the wife’ as we have seen time and time again. Her relationship with Chris feels genuine; in their companionship, you can feel the years they spent together.

Finally, there are the elves. Yes, Fatman has worker elves. As they are usually portrayed, the elves here are happy-go-lucky, and don’t mind the slave labor. They also have a fixed diet of sweets, which apparently makes them live longer than normal people — one of the best scenes has a military officer questioning their superhuman metabolism. This aspect sounds ridiculous but again, the film plays everything completely straight and none of it feels out of place.

Even though I admire Fatman for taking the premise seriously, I do wish the film played up some of its satirical aspects. References are made to the rampant commercialism of the time, but not enough to make much of an impact. A lot more could have been said about the fading spirit of Christmas and how society might have played a part in it.

Other aspects of its world could have been explored. How does Santa’s presence throughout the world impact geopolitical relationships? How do corporations try to take advantage of his good nature?

The subject seems big enough that more could have been explored. (Perhaps in a sequel?)

If you’re longing to see a darker Christmas film, then Fatman is certainly a good candidate. This is not a film you will watch every year with your kids, nor is the escapist fluff you’ll find every Christmas on the Hallmark channel. This is an R-rated film, with a completely different spin on the Santa myth.

But it’s a surprisingly serious take on the material, making it more of a character-based action film than a straight comedy. I have a feeling this film will grow on me, the more I watch it. In other words, it’s a prime candidate for a cult reputation. Will it be a Christmas classic? Only time will tell.

Even with its darker take, Fatman is not devoid of the Christmas spirit. Its final message is a positive one: be good to the children, their smiles are precious. Even with the ultra-violence, its message feels sincere, and is much more tastefully delivered than most Christmas films flooding the market.

Thank you for reading! What are your thoughts on Fatman? Comment down below!

‘Holiday in the Wild’ is a Silly, Unrealistic...