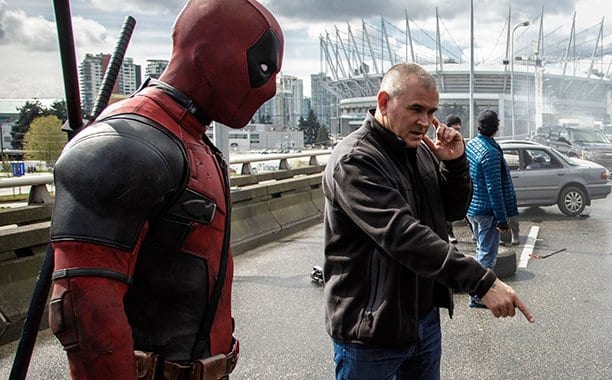 Welcome to the debut of MovieBabble’s analysis page!  The page will discuss  topics such as movie news, trailers, etc.  Depending on the topic at hand, the discussion may delve into films in detail, so a SPOILER ALERT will be in effect.  The first piece of news will be about one of our favorite heroes, Deadpool!

Early last week, it was announced that Tim Miller, the director of the widely popular R-rated superhero movie Deadpool, was leaving production of the sequel over predominantly creative differences with producer and star Ryan Reynolds.  Since “creative differences” is such a nebulous term, there was a wide variety of reports as to what actually caused the split.  Some media outlets reported Tim Miller wanted triple the budget for Deadpool 2 as well as shift the tone of Deadpool from a more comedic tone to a more of a stylized action movie with some comedic elements.  However, there were other reports denying these claims.

What most media outlets can agree on is there was a definitive split over the creative direction of the beloved comic character Cable that was to pair with Deadpool in the sequel.  Kyle Chandler, of Friday Night Lights fame, was tied to the role with Tim Miller apparently for the actor to star as Deadpool’s time traveling buddy while Reynolds was against it.

It appears that the split was amicable between Miller and Reynolds with John Wick director David Leitch emerging as the front-runner to take over the director’s chair.

When I first heard this news I was pretty bummed out.  Deadpool is one of my favorite movies of 2016 and brings a smile to my face every time I watch it.  However, I don’t think this is necessarily a bad thing for the sequel.

Deadpool is firmly Ryan Reynolds‘ baby.  He had been working to get Deadpool green-lit for close to a decade before its release in February of 2016.  He is a massive fan of the comic book series and is probably the most knowledgeable person between he and Miller regarding the fourth-wall breaking assassin.  As the working producer, he should have final say in creative control.

As for Miller, the split seems to actually be a harmless one as he and Reynolds shared kind words for each other after the split.  Moreover Fox Studios signed Miller on to be the director of multiple new properties in the upcoming years.  Even if his request is true (although it’s probably not true) to triple the budget of Deadpool, it’s not a ridiculous request.  The first Deadpool had a budget of approximately $48 million (Miller’s visual effects studio did a lot of effects work for very cheap).  The typical superhero blockbuster can be anywhere from $150-$250 million in budget.  Since Deadpool is the highest grossing R-rated movie of all-time, those figures aren’t too crazy to ask for.  However, Kyle Chandler is not the best fit for Cable so I can’t help but feel like siding with Reynolds on that one.

As for the rumors surrounding Dave Leitch to helm the sequel, I think this could be a match made in heaven.  John Wick is a hyper-violent, super fun movie that is insanely re-watchable.  He could add some great action choreography to the wise-cracking Deadpool.  Also, the same writing team is penning the sequel, leaving me to believe we’ll still get that fun tone from the first movie.  Plus, Ryan Reynolds is still Deadpool, and his on set improvisation and charm are what really helped this movie thrive.

In the end, I believe this sequel will be just fine.  We’ll see what happens when Deadpool 2 hits theaters in 2018.

Thanks for reading!  What did you think of MovieBabble’s new feature?  What do you think is going to happen to Deadpool 2?  Comment and let me know!

As for what’s next, what movie news do you want MovieBabble to tackle?  Whether it’s old or new, the choice is up to you!