The Super-Disaster of ‘Thunder Force’ 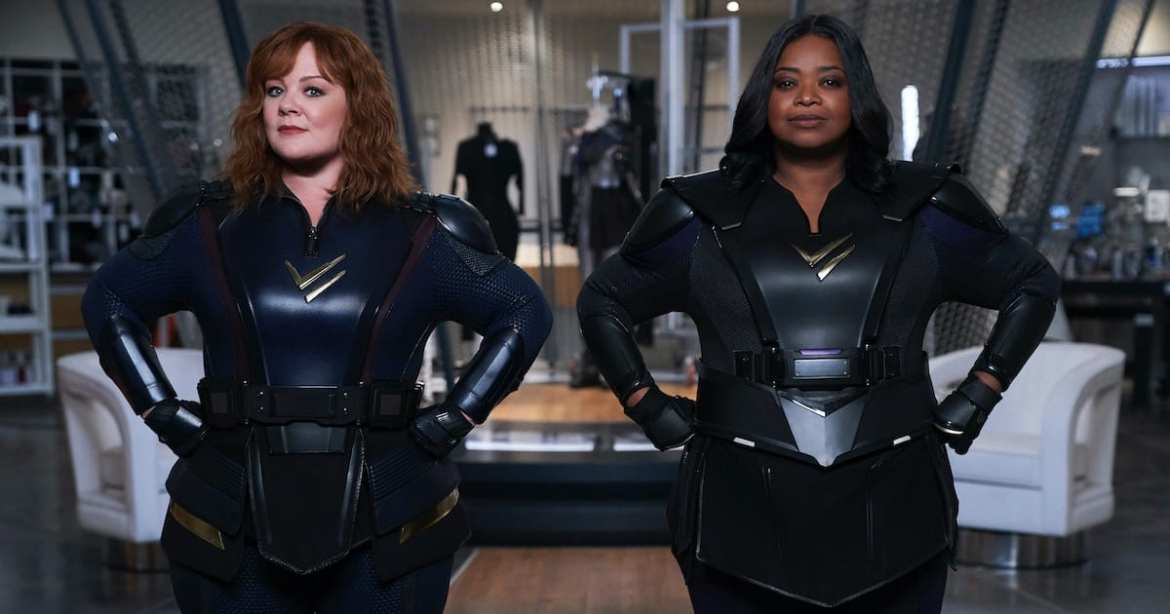 What is the nicest way to ask a happily married couple to call it quits? An email? A phone call? A box of Shari’s Berries? If you have an answer, sound off in the comments. I need to know. Because it is time to end the creative union of Melissa McCarthy and Ben Falcone. You know how people say, “It’s not you, it’s me?” In this particular case, “It’s not Melissa, it’s Ben.”

Set in a world where “miscreants” — super-powered sociopaths — have terrorized society for thirty years, Thunder Force follows scientist Emily Stanton (Octavia Spencer) and her high school best friend Lydia (McCarthy) as they develop the superpowers required to take on the miscreants and save Chicago. Emily’s parents died at the hands of miscreants as they tried to find the secret to creating a superhero, and she is intent on finishing her family’s legacy. As the dynamic duo “Thunder Force”, Lydia has super strength and Emily has the power of invisibility; aptly chosen for their status as the tough girl and the wallflower in high school, respectively (groan). After a classic tell-don’t-show prologue opens into a tell-don’t-show flashback, and following a lengthy exposition and an extended training sequence, we find the Thunder Force duo finally ready to take on the super-powered miscreants with about fifty minutes remaining.

Except, I don’t care. There is a laziness to Thunder Force that sucks the humor from the room and makes for a completely uncompelling viewing experience. At times it wants to be taken seriously as a superhero movie, but it can’t be. The action choreography ranges from boring to nonexistent, and visually the film is bereft of style, excitement, or even a sense of place (you’re told Chicago, but you’d never know it). The final fight sequence takes place amongst a row of cubicles. And that isn’t a commentary and the mundane lives of our characters. That is just… where the fight takes place. 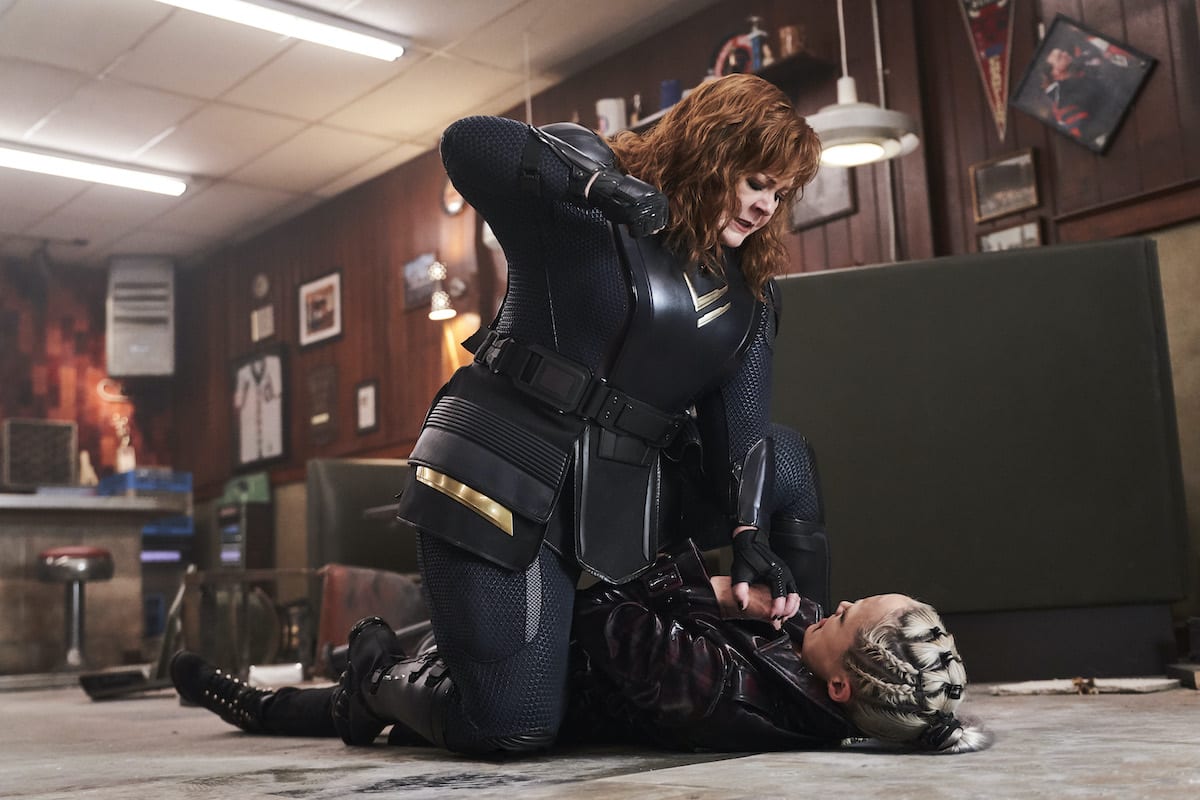 Other times the film goes for comedy, but here too it largely misses the mark.

The script is nearly void of actual jokes, and the actors are rarely if ever given the opportunity to find humor in their roles. Spencer in particular is done dirty here, forced to play a painfully straight character who practically disappears into the set (I say practically because Spencer is valiantly game for anything here, and also the special effects for her powers of invisibility actually render her translucent, not fully invisible).

There are moments when Thunder Force is genuinely funny. They are few and far between, and you kind of hate yourself for laughing, but they’re there. How could they not be? McCarthy is a comedic genius, and whether she is flinging herself halfway across the room, impersonating Jodie Foster, or sliding raw chicken breast down her throat, it’s impossible to not enjoy the sheer force of her presence. The movie is at its best (and weirdest) when she shares the screen with Jason Bateman, who plays a miscreant with crab arms. That’s not worth explaining any further, but that is very much a major part of this film, and it isn’t necessarily a good sign that the movie would be far better if it was the entire film.

This film marks Falcone’s fifth directorial feature (all five have starred McCarthy). Critically it is a terrible run, and while I haven’t seen all five I would place the ones I have at the very bottom of McCarthy’s post-Bridesmaids career. While each is unique in their failures, there is a common thread: Falcone writes and directs McCarthy as such a fucking sad sack. In Tammy, Life of the Party, and here in Thunder Force, McCarthy is forced to live in a role that has such innate sadness to it, often pity is the overwhelming emotion a viewer can feel. There’s hardly room for her comedy, and even her talents can’t elevate the mood in the room. Guided by a better director, such as Paul Feig, McCarthy may still play the butt of the joke, but more often than not she’s in on it, and the jokes are far funnier (see: Bridesmaids or Spy, a movie I would guess Falcone tried to emulate here). Here, it isn’t just unfunny — it isn’t fun.

Thunder Force is a superhero movie made by someone who clearly doesn’t care about them, an action film devoid of action, and a comedy that asks far too little of its talented cast. Why it exists is a question only Netflix can answer. If you are compelled to watch it, however, I’m told tequila helps immensely. But at that point, the question that we should be asking ourselves is this: isn’t it time for a creative divorce?

Thank you for reading! What are your thoughts on Thunder Force? Comment down below!

This review was such a lightbulb. It’s the forced sense of pity in these films. And it is forced. I don’t believe it, really. Thanks for the review. I haven’t watched it yet (and now won’t) though the AC/DC music worm thoughtfully provided by Netflix is annoying. I’m not sure how Melissa McBride should tell her husband that as a writer and director, he makes a great farmer. Perhaps with flowers?

From the Ashes of ‘Dark Phoenix’ Rise Endless...