Around noon on Monday, the official Star Wars twitter page announced the long-awaited title for Star Wars: Episode VIII which will be titled ‘The Last Jedi.’  This news was met by fanboys everywhere beginning to speculate on what the title might mean for the events that will take place in the movie.  Now, I’ve never been one to be left out of a guessing game, so let’s speculate some more!  As a warning, there will be some in-depth discussion of The Force Awakens so if you have not seen the movie (but really you should have by now), then tread lightly.

They’re multiple meanings floating around the twitter-sphere about who the term, “the last Jedi,” is referring to.  Could this mean that Rey is the last of the Jedi?  We’ve obviously seen her ability to wield the force in Episode VII by controlling Daniel Craig dressed as a stormtrooper in order to remove her restraints and also by defeating Kylo Ren in the woods while wielding a lightsaber.  We also really haven’t been introduced to any other positive force user as of yet.

While this idea isn’t that far-fetched, the more likely theory is that the last Jedi refers to Luke.  Both the opening crawl of The Force Awakens as well as Supreme Leader Snoke himself called Luke the last Jedi.  This probably means that this film will revolve around him, which is great to visualize since we only got that five second cameo from him in The Force Awakens where he said absolutely nothing.  The moment we finally get to see him ignite a lightsaber again may be the best moment of Episode VIII for many fans.

But what would a story around Luke entail?  Clearly he’s most likely going to take Rey under his wing so she can grow with the force, but we’ve heard from the director, Rian Johnson, that this film will go a little darker a la The Empire Strikes Back.  Does that mean that either Rey or Luke meets their demise? The red lettering in the logo is a bit more menacing than the logo for the The Force Awakens, signifying a little nod to that darker tone Rian Johnson referred to in interviews (in what other movie franchise would we even think about deciphering the font color of a title card?).  What could this mean for The Last Jedi?

At the end of Episode VII, Snoke commanded General Hux to retrieve Kylo Ren at the end of the movie to finish his training, meaning that we will probably see a much more formidable Kylo Ren in Episode VIII who has a stronger grasp of his powers.  I think it’s very likely that Kylo Ren may kill Luke in battle and lose all the light in him that he was struggling with in Episode VII.  This showdown makes some sense since Kylo Ren is technically the nephew of Luke Skywalker and Star Wars is known for its showdowns that include familial ties.  This may be sacrilege to talk about killing one of most beloved heroes of all-time, but it’s definitely worthy discussing. 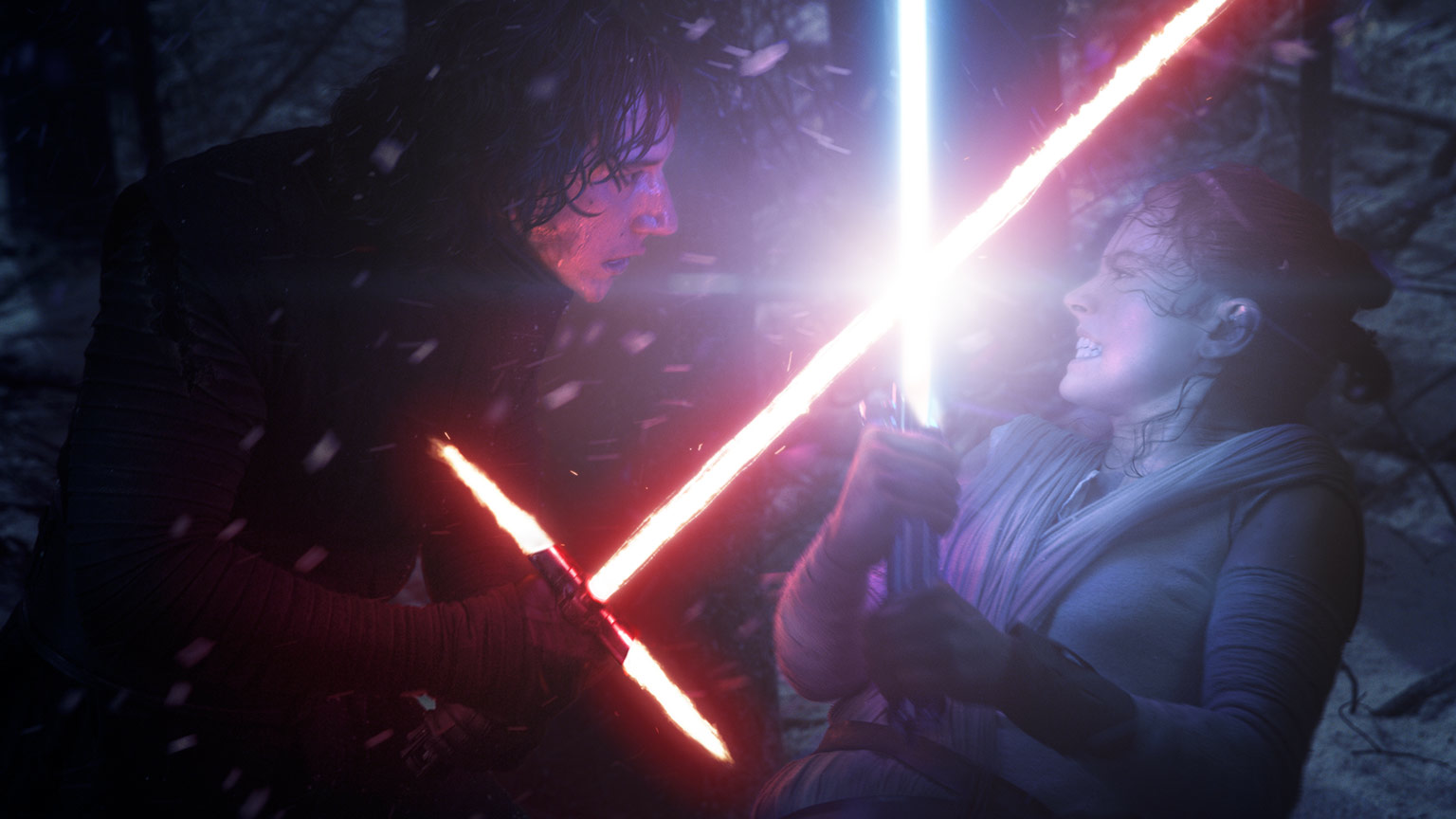 Another fun idea surrounding this idea of “the last Jedi” could be that we may be embarking on a completely new age of force users.  We know already from The Force Awakens (and Return of the Jedi for that matter) that Empire has fallen and the Sith fell with it.  From there, the First Order rose from the ashes of the Empire and have begun their reign.  Kylo Ren is not a Sith either, but one of the Knights of Ren.  Even Kylo’s use of the force is more chaotic than that of the Sith, signifying a distinct change in wielding of the force by the darkside.  Are we about to embark on a new age of light force users as well?  That would certainly be a sight to see.

Another possible confirmation of this idea could be Benicio del Toro’s character who will appear in The Last Jedi.  His character was originally explained as a “man dressed in black,” but this statement was later clarified with members of the creative team saying that other characters in the film don’t necessarily treat him as a villain.  Does this mean we finally have a light force user that doesn’t necessarily aligned with all the teachings of the Jedi?  If this were the case, it would certainly be a fun, new twist on Star Wars lore that would bring along the dawn of a new age for force users in Star Wars moving forward. 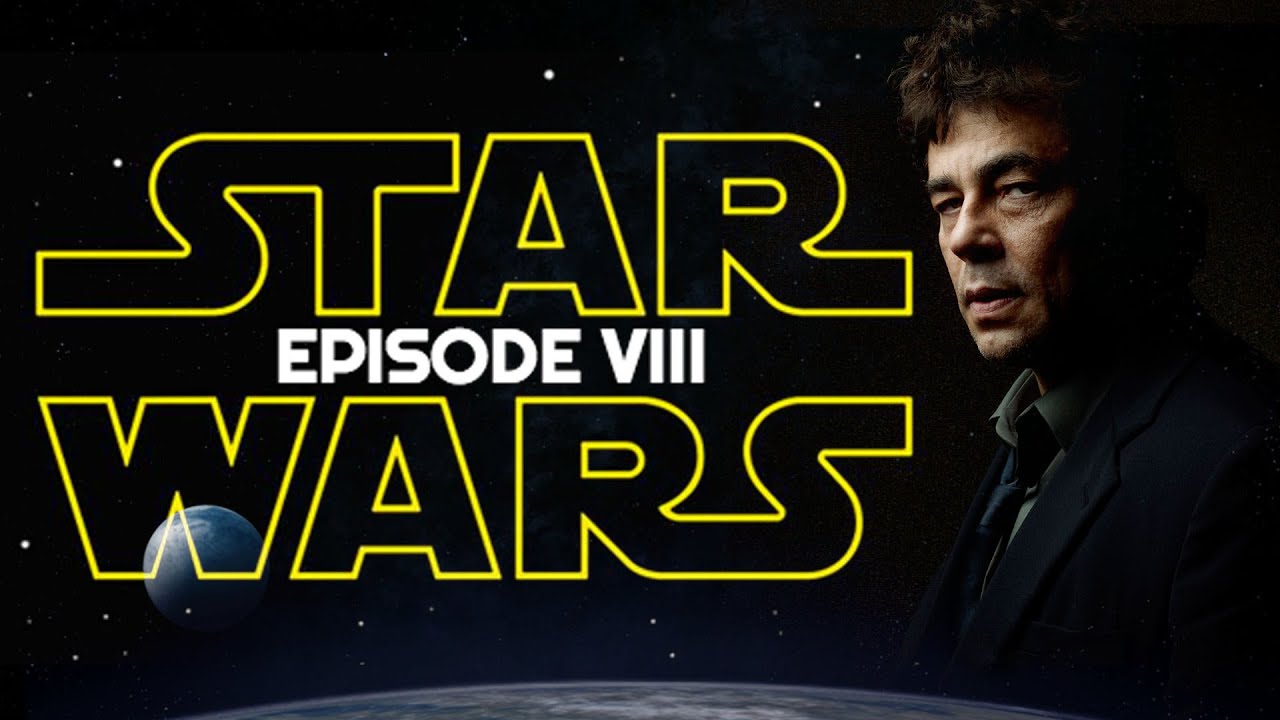 That’s all the speculation for now (until the first trailer gets released), so thanks for reading!  What do you think is awaiting us in Star Wars: The Last Jedi?  Comment below and let me know to get the conversation going!

[…] other side of the coin, this move signals a clear shift for Disney as they move forward with the Star Wars property. It’s safe to say that Kathleen Kennedy and Disney are a little embarrassed after the […]

[…] Luke Skywalker meets Yoda and he offers to teach the young man the ways of the Force, he is the most impatient, annoying teacher. My favorite part is when Luke is doing a one-handed […]

I think it goes without saying something horrible will happen to Luke. As of right now, he’s the last Jedi–the only person who can help defeat the Order–so the Laws of Tension state Luke must die or befall some other awful tragedy.

It’s gonna pain me to watch it lol

Just watched sicario for the first time, so now I’m stoked that del toro will be in a star wars film.

Hello again
i recently recieved concussion (unrelated to how shitty your articles are), but, lucky for me, in the last few days i made a full recovery and am no longer retarded … or so i thought. Upon being cleared by a doctor, i tried my hand at reading again. Unfortunately i made the greivous error of reading something written by you. It made me full blown retarded again. I think its permanent. I am currently dictating this comment to my in-house nurse who has to type it for me because your thoughts made me too retarded. Thanks. I hope you get aids

Do you troll for the lolz or were you made fun of as a child for being a giant midget?

This was just hands down the worst Shrek 2 movie review I’ve ever read. Not only did you demonstrate a lack of care for the proper usage of the English language, you didn’t even talk about Shrek 2. I was so excited to read a new review on an old classic, I was hoping for insight and orginality but all I got was disappointment. You should be ashamed of yourself.

Good job. You managed to write a whole review on literally 3 words. You should think about being an English major because you’re so good at bullshitting stuff. #KushDid9/11 #BabbleOn

Molly the dog where’s your owner?