Here’s Why Yoda Sucks in ‘The Empire Strikes Back’ 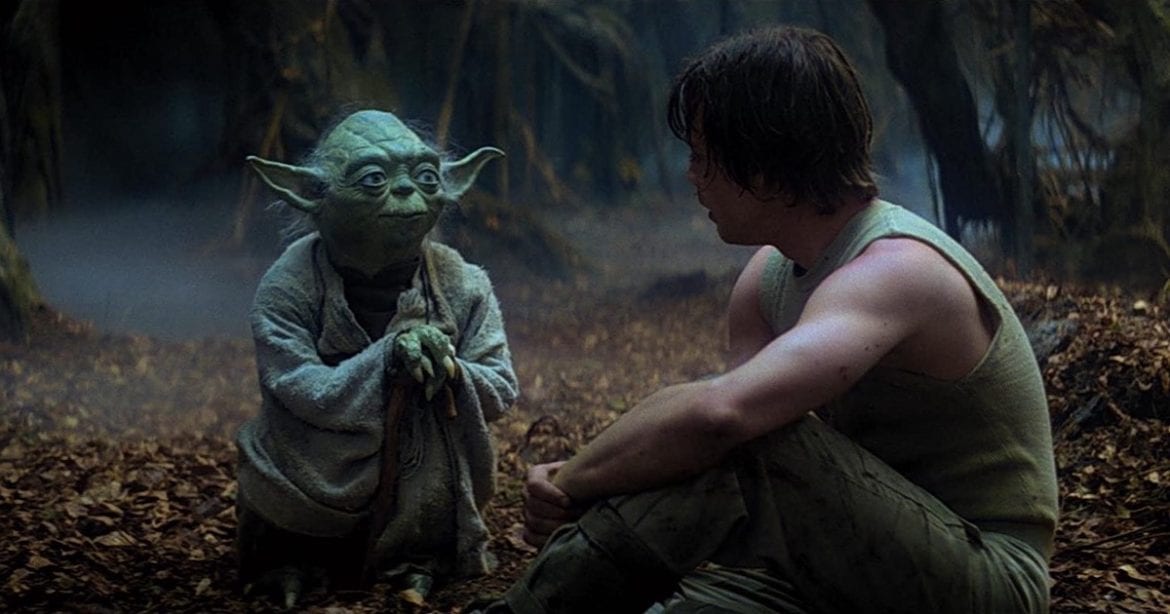 It has been 40 years since Star Wars: Episode V — The Empire Strikes Back (1980) came out, which seems incorrect at first glance. I love Star Wars and everything in the Star Wars universe. I love the Jedi and the Force and Han Solo and Luke Skywalker and the Ewoks. But there is one thing that I do not love as much: Yoda.

Don’t get me wrong, I love Baby Yoda (or The Child, if you feel like being pretentious). However, Adult Yoda is less cuddly and adorable. He is annoying and impatient and generally just a nagging nuisance. He is almost as bad as Jar Jar Binks — almost. He does have some redeeming traits — like his generally silly demeanor (at least, in the original trilogy) and silly voice — but he is a frustrating character.

When Luke Skywalker meets Yoda and he offers to teach the young man the ways of the Force, he is the most impatient, annoying teacher. My favorite part is when Luke is doing a one-handed handstand while stacking rocks with the Force; when R2-D2 makes a noise, though, Luke is distracted and drops the rocks. An understandable mistake for a rookie, right? Wrong. Yoda berates him for losing concentration and shakes his head in exasperation. Luke is such an idiot, obviously.

Yoda just needs to chill out. Luke is still pretty young (despite Yoda’s statement that Luke is too old to be taught the ways of Force) and he does a good job for how inexperienced he is! Plus, he has a strong love for his friends, which Yoda reprimands as well. I find it astounding that Yoda would criticize a good trait that should probably make Luke a better Jedi. Sure, Luke walked right into a trap because he cared for his friends, but he still has a good heart!

I also find Yoda’s emphasis on having no attachments so stupid. Anakin wasn’t allowed to have any attachments and look how that turned out. Didn’t work so well, did it, Yoda?

The first thing Yoda does upon meeting Luke is steal his food, take a bite out of it, and then remark about how nasty it is — all in front of a starving Luke. Then, he starts throwing things out of Luke’s pack and making a big mess; Yoda is basically a toddler with a knack for getting in trouble.

To top it all off, Yoda exhibits a very un-Jedi-like characteristic when he steals a flashlight-type object from Luke and demands it in exchange for teaching Luke. Thievery does not seem like something that would make a good Jedi.

Yoda is a Liar

Like Obi-Wan, Yoda is a liar. Both Jedi told Luke that his father had died (which is metaphorically true), which led to quite a shock when Darth Vader reveals that he is Luke’s father. I find it manipulative that Yoda didn’t tell Luke who his real father was. He may have been trying to shield Luke from further hurt, but I don’t see how withholding that information could do anything but confuse Luke and make him less likely to trust the Jedi.

If Yoda cared anything about the Jedi, he would know that knowledge is important, and withholding it can lead to problems. It’s almost like Yoda didn’t learn anything at all from the fall of Anakin to the Dark Side. Anakin craved Dark Side power, knowing really nothing about it, and that thirst for knowledge led him away from the Light Side.

For as wise and old as Yoda is, he’s pretty dumb.

Yoda Dies Instead of Listening to His Distraught Padawan

Yoda literally died rather than listen to Luke anymore. Granted, I feel like a lot of us would feel that way if we had to listen to pimply Luke complain, but he should have at least tried to answer more of Luke’s questions before he just decided to give himself over to the Force.

Yoda is a Coward??

Okay, so that last section was a bit of a joke. Yoda was old and was bound to die soon anyway, so we can’t blame him for the timing.

What we can blame him for, however, is his inaction during the Rebellion’s time of need. I may get a lot of hate from Star Wars fans for this one, but I find it very cowardly of him to hide out on Dagobah instead of helping out the Rebellion. He obviously was still quite strong in the Force, as he lifted Luke’s X-wing out of the swamp without breaking a sweat. Even if he chose not to fight, his knowledge could have aided the Rebellion greatly.

I find his decision to hide instead of help similar to Luke’s decision in The Force Awakens (2015). In both cases, both Jedi felt that the rise of the Empire or the First Order was their fault, so they decided to selfishly hide out instead of help. To me, that seems like it should be against the Jedi Code that Masters like Yoda hold so dear. Rather than fight back the Dark Side with the Light, they choose to sit aside and mope for their past mistakes. Not very Jedi-like of you, Yoda!

The only reason I still like Yoda is because of his voice. I really love the fact that George Lucas looked at the Star Wars Universe and said, “You know what would make this even better? A Muppet.” That is sheer brilliance, right there.

Frank Oz is the best Muppeteer ever and he makes Yoda a more lovable character. Despite the fact that I find Yoda a coward, impatient, and a liar, his silly voice makes me happy.

Thank you for reading! What are your thoughts on Yoda in the Empire Strikes Back? Comment down below!

Count Dooku Was a True Jedi: Agreeing with...

“What’s In the Box?”: Analyzing the Mystery Box