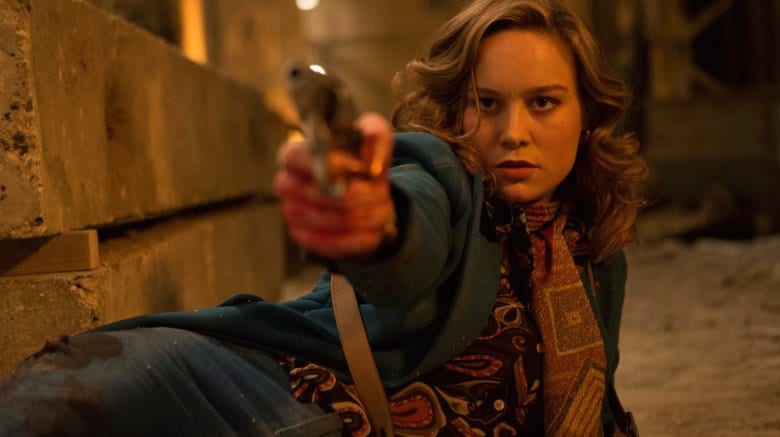 When faced with a smaller budget, many independent films turn to a story that takes place in a small or confined locations.  A new release this weekend, Free Fire, is a perfect example of such a concept.  Starring known actors such as Academy Award winner Brie Larson, Free Fire is a high energy shootout that takes place in one abandoned warehouse.  But does the film deliver on the fun or it is just an isolated dud?  The following Free Fire review will be spoiler free.

Free Fire is directed by Ben Wheatley and contains an impressive cast including Brie Larson, Armie Hammer, Sharlto Copley, Cillian Murphy, and Jack Reynor.  The films depicts a meetup for a black market deal of rifles.  Although there are some interesting characters involved, the deal seems to be going according to plan until one character goes ballastic, giving every person with a gun in the room a reason to start firing their weapons like mad men.  As a result, an unhinged shootout ensues with multiple people vying for a case full of money while dodging a barrage of bullets. A24 Films, the company behind Free Fire, has been on a considerable hot streak.  The notable films that the studio released in 2016 were The Witch, Green Room, Swiss Army Man, and 2016 winner for best picture, Moonlight.  For those in touch with the industry, you’d know that those films were among the most popular independent films of the year.

Whatever the film, A24 allows for an excessive amount of artistic freedom, allowing directors to have full reign to construct their stories as they see fit.  In a time where studios seem to micromanage every detail about a film, it’s nice to see a company allow its movies to be really weird and different.  It’s truly a breath of fresh air. 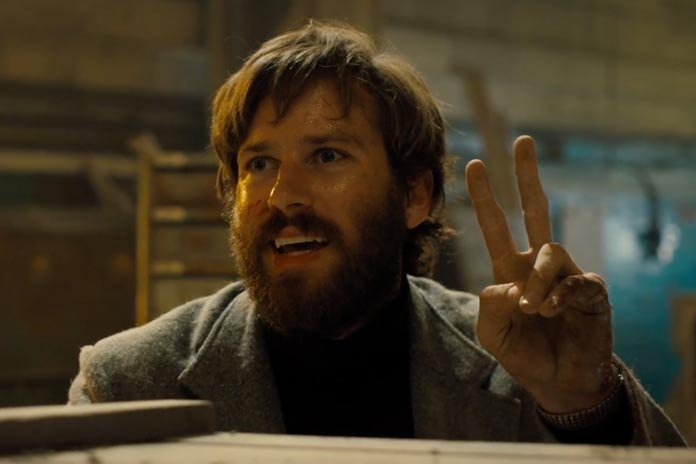 Free Fire has a lot to love from a character perspective.  For a movie in a confined location to work, it has to include a bunch of great characters to keep your interest. While Free Fire doesn’t have a ton of character development (it shouldn’t considering the nature of the plot), the actors use the quirks of their characters to wonderful extremes to make the film pretty hilarious.

Sharlto Copley, who you may know from District 9, is the obvious standout.  His character is an over-confident South African Brit that also is incredibly panicky and wimpy once shooting begins.  Copley has a certain swagger about him in this role that, paired with his absurd accent, makes just about everything he says pretty hysterical. Free Fire utilizes background noise as a way to get more laughs.  So, as Cillian Murphy and Brie Larson are having a conversation about getting out the warehouse, you might hear Copley complain about something in the background that only adds to the humor.  Copley is absolutely magnetic, and he deserves to be in more films.

There’s always the struggle to keep a movie such as Free Fire from getting repetitive.  Unfortunately, Free Fire can get a little boring at times for failing to accomplish this task.  Once the shooting starts, that’s basically the entire movie.  There’s a bunch of bullets intertwined with snappy dialogue.  It’s still an enjoyable time, but don’t expect anything outrageous from Free Fire.  The plot is completely razor thin.

Moreover, Free Fire could have used some more lively, energetic music to power through these more repetitive moments.  The film uses a score that resembles jazz that plays underneath the action.  For such an absurd shootout, a film like this needed to go all out with its choices and go for popular rock songs that would augment the frenetic action on screen.  The use of jazz didn’t suck me out of the film, but it was strangely soothing to me.  “Soothing” is probably not the adjective that Ben Wheatley was going for when directing this film.  If Free Fire would have had a Guardians of the Galaxy like soundtrack, then this film may have walked away with a very high grade from this critic. This point of discussion is where I feel like many critics will be divided.

As the film progresses, you can imagine that the characters get grazed with more and more bullets, leaving them very injured.  What I enjoyed about this is that it forced a bunch of the characters to slowly crawl around in the dirt to get from place to place.  I couldn’t help but chuckle as the cast members complain even more about their injuries while lethargically moving around.  The way it’s shots is definitely made to play for laughs of which, if you don’t take this film too seriously, you will get many. Lastly, I’m happy to say that this is one of the best performances that I’ve seen from Armie Hammer.  After being touted as the next big thing in Hollywood only to then lose it all after The Lone Ranger, he’s quietly putting a nice career together.

His role in Free Fire speaks to his sentimentality as an actor as he’s very suave.  The situation is never too crazy for him.  In the middle of the shootout, he’ll just relax and pop out a cigarette.  He plays incredibly well off of Sharlto Copley and has a slew of one-liners that’ll make you chuckle.  As soon as he steps on screen, he has a palpable presence that no one else can replicate. Free Fire may fall short of becoming a sleeper hit, but it certainly contains enough genre thrills for its target audience.  It’s a wacky movie full of wacky characters that’ll give you a bunch of laughs.  It gets a B+.  I can’t really foresee this film doing much damage at the box office, but the film may find a cult following once it hits various streaming services since there are numerous known actors involved with the project.

Thanks for reading my Free Fire review!  Do you want to see Free Fire?  Comment down below with your thoughts!

[…] through serial killing in the dark comedy, Sightseers; to one long shootout between arms dealers in Free Fire; to a faithful adaptation of one of J.G. Ballard’s strange works of fiction, […]

[…] the funniest of the evil exes; his version of the pompous movie star is so incredible. Everything Brie Larson is doing is perfect, especially her singing! Larson possibly does more than any of the other exes. […]