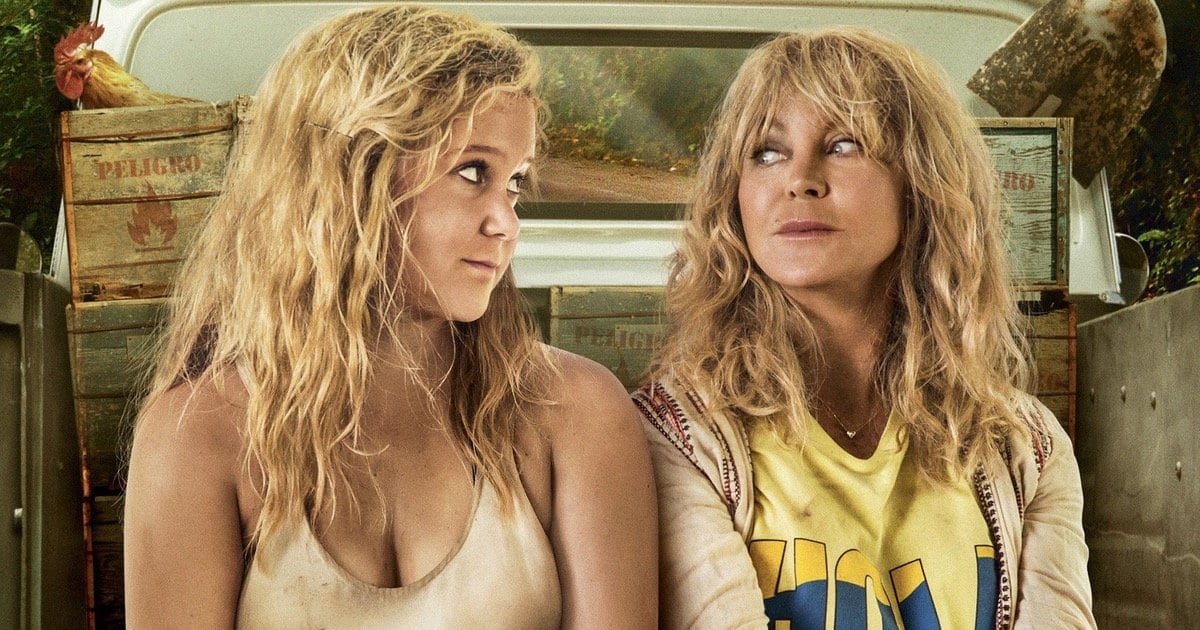 The other major release of the weekend, Snatched, is a buddy comedy featuring two notable names in the business: Amy Schumer and Goldie Hawn.  The film looks to profit off of Mother’s Day weekend by creating a plot that focuses on the story of a mother and a daughter.  But could the film provide enough laughs for the holiday?  The following review will be spoiler free.

Snatched is directed by Jonathan Levine and stars Amy Schumer, Goldie Hawn, Ike Barinholtz, and other very funny people.  We follow Emily Middleton (Schumer) who is about to go on a nonrefundable trip to Ecuador and doesn’t have a friend to go with her.  Her mother (Hawn) reluctantly agrees to go with her, however.  Once in this foreign land, Emily meets a seemingly nice man who takes her and her mom on a trip through the country.  Unfortunately, his true form is revealed as Emily and her mom are kidnapped and held for ransom by a dangerous cartel leader.  With few supplies, the two ladies must find a way to escape from the evil group and get back to the U.S. unscathed.

Although she rose fairly quickly to prominence after Trainwreck put her over the top, Amy Schumer’s career has since scuffled to say the least.  Schumer has been accused countless times of stealing jokes from other comedians.  This is considered one of the worst crimes in stand-up.  Schumer was also been very a prominent figure head in the latest presidential election.  Not that being political active is negative, but this certainly made people grow a little weary of her shtick.  Schumer continues to polarize audiences with her behavior.

The hatred of Amy Schumer is obvious in the IMDb user score for Snatched which currently stands at 3.1/10.  For reference, Batman and Robin is a 3.7/10 (oof).  The IMDb user score is notoriously untrustworthy at times since people can rank the movie without seeing it.  As a result, one can assume that this low score is from all the Schumer hate.  But is it warranted in this case?

A majority of the laughs in Snatched come from side characters, most notably Ike Barinholtz and Christopher Meloni.

Ike Barinholtz plays Schumer’s brother who suffers from agoraphobia.  He’s always been a solid comedic character actor.  You may know him as the main guard in the much maligned Suicide Squad.  He’s easily the best part of this film.

Many people in this film try way too hard to seem quirky or funny in an off-kilter manner.  Barinholtz supplies the perfect amount of absurdity to his scenes, allowing for the ridiculous situation to take center stage while adding in a couple of off-handed remarks to elevate it.

Christopher Meloni, who you may know from Law and Order: Special Victims Unit is a close second to Barinholtz.  I wasn’t aware that he could be a strong comedic presence in a film since he’s always serious and somber in SVU.  But he supplies the film with a great, glorified cameo.  His character can be best describe as an Indiana Jones wannabe, scouring the land for danger.  He’s ridiculous and suitably over-the-top. 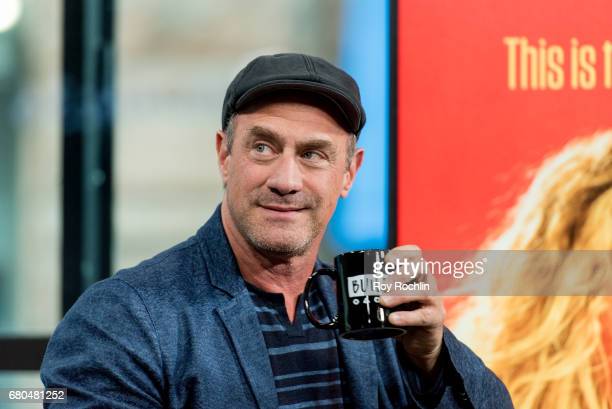 However, acknowledging that the side characters are the best parts of the film is a pretty damning claim for a comedy.

Amy Schumer and Goldie Hawn’s relationship in this film can be best described in one word: awkward.

Delivery is a vastly underrated part of comedy.  The writing of Snatched possibly could have been funny in a vacuum.  However, our two leads appeared to have very limited chemistry, making the delivery of each major joke feel very stilted.  There are jokes that have a setup, but the punchline is delivered with such incompetence that the entire exchange is ultimately a bummer.

I’m very disappointed with Amy Schumer’s performance.  Say what you want about her personality, but she understands how to setup and deliver a joke from years of stand-up.  However, this expertise was practically nonexistent throughout Snatched‘s approximate 90-minute run time. 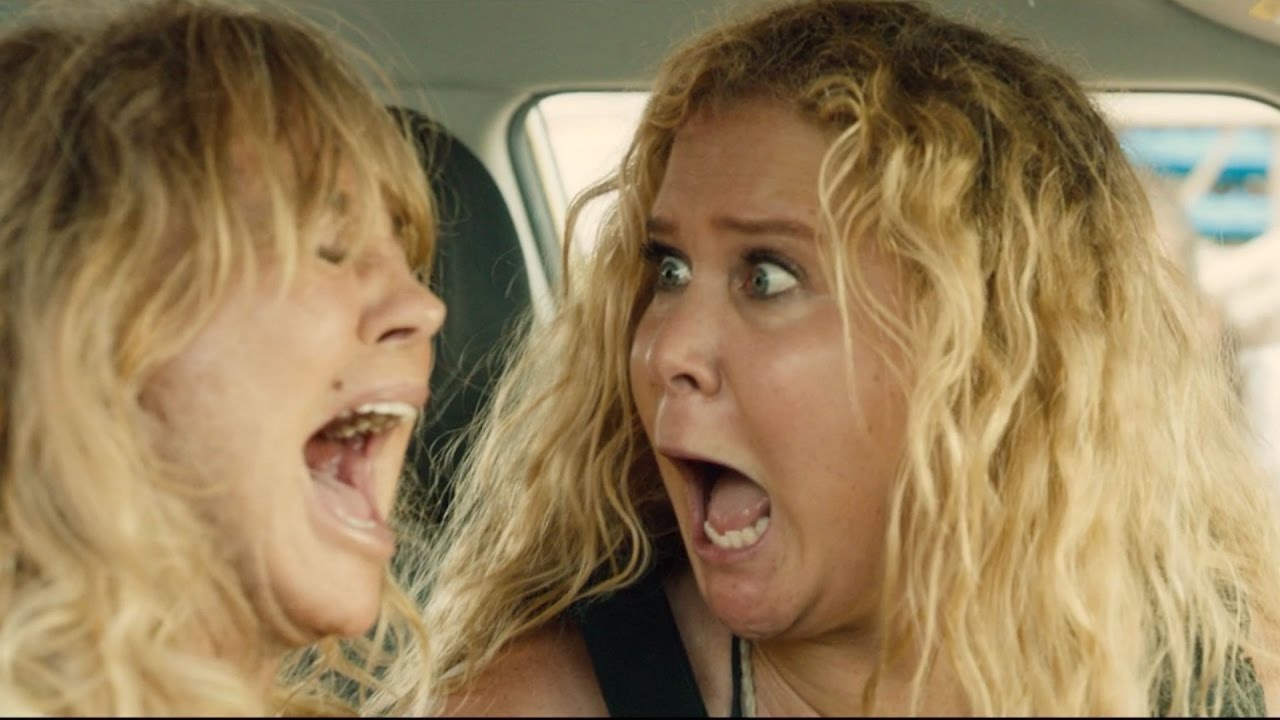 Goldie Hawn didn’t help the cause either.  She’s relegated to the typical overprotective mom archetype.  By the end of the movie, she only gets on your nerves.

To make matters worse, the editing of Snatched is pretty atrocious.

Towards the middle of the film, the plot seems to come to a screeching halt, only to be kick-started again by a quick, bizarre cut to another period in time.  You would never think of editing choices as the quality that can make or break a comedy, but it seriously ruins the narrative flow of the film.  Every time the film seems to hit a dead end, it jumps to an unknown time.  While this is only a guess, there may have been some serious mandated edits to this film from the studio, considering that many moments in the trailer are not in the final cut of the film. 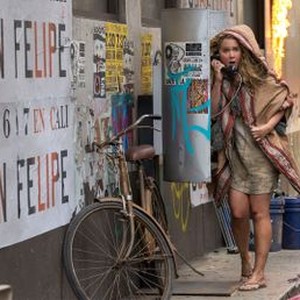 The production may also have spent all of its money in acquiring the rights to shoot in its exotic location because there are some horrible CGI elements in the film.  I haven’t seen such bad CGI in a very long time.  There’s a specific scene in a doctor’s office that is especially bad.  Once the CGI element came into play, I was immediately sucked out of the film.  Look at the Planet of the Apes CGI.  There’s no excuse anymore!

While it’s not without a few moments of inspired comedy, Snatched isn’t clever or funny enough to warrant seeing in the theater.  It get a D+.  There’s nothing original enough to recommend this film to moviegoers.  If it were up to me, I’d suggest that you save your money for some other summer movie about to be released.

Thanks for reading!  What are your thoughts on Snatched?  Comment down below!

I’m fully with you on this one Nick. I’m giving it 2 out of 5 stars only out of respect for the comedic potential of Schumer and Hawn.

Even that’s generous too!

This is a shame. I am an Amy Schumer fan, and I loved Trainwreck (I also love Goldie Hawn), but this did not look funny at all in any of the trailers, hence why I chose to skip it in the theaters (I’ll wait for it to come on cable). But I still hoped I was wrong and this would be better than expected.

It was a shame to me as well. I personally enjoy Schumer’s brand of comedy and really liked the entire group assembled for this movie. Ohh well…