‘Tin Cup’ Is a Cut Above the Rest

'Tin Cup' is not like other sports movies -- it's better. 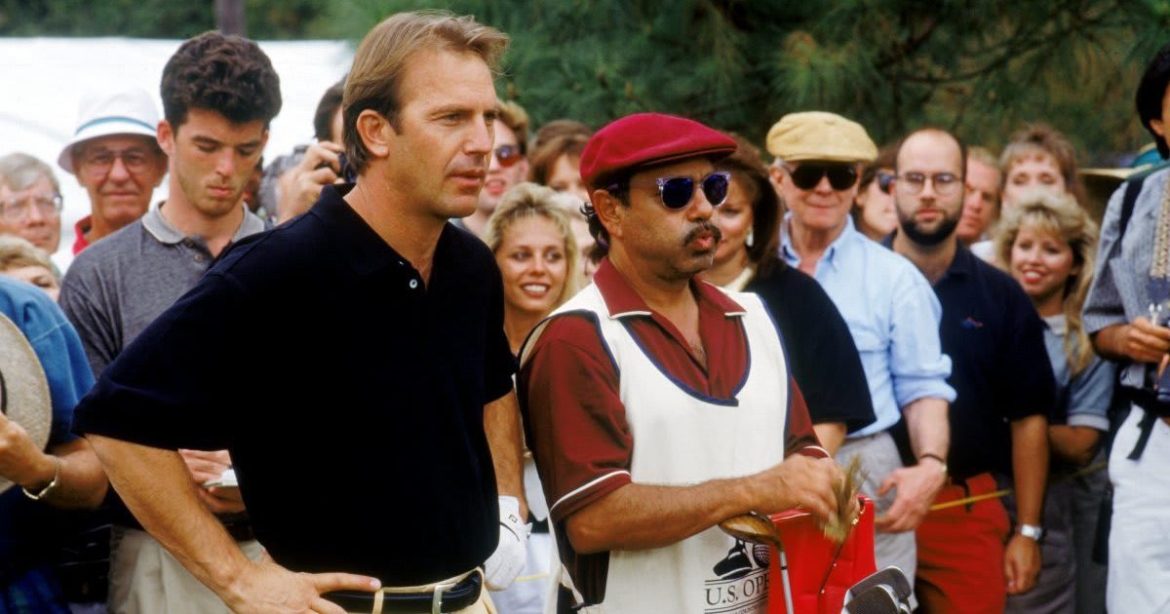 Tin Cup is unique. It’s about a sport that I would wager most people find pretty uneventful. It’s a comedy, but it isn’t slapstick like Caddyshack or The Longest Yard. Most of all, our hero doesn’t win in the end; he loses in pretty devastating fashion. By all accounts, it should be a bargain bin movie — but it’s not.

Tin Cup captures the true spirit of sports in general: love of the game. Roy “Tin Cup” McAvoy (Kevin Costner) may not be a professional or competing at any significant level, but he loves golf. To him, it’s a part of who he is, whether he wins or loses. Tin Cup breaks down the sports movie genre to its bare essentials and it’s beautiful.

I don’t like golf at all. I don’t like watching it or playing it. Golf tends to elicit a blank stare from me when it’s mentioned. And while I am aware of the large amount of revenue and crowds that golf generates, I know I’m not the only one either. It’s an acquired taste.

Tin Cup didn’t entirely convert me to the love of golf, but it was a good start. McAvoy’s description of “The Unfinished Symphony of Roy McAvoy” is one of my favorite parts of the movie. While I may not enjoy golf, I do appreciate when people are passionate about things they enjoy. McAvoy’s description of golf as a sort of poetry encapsulates how sports should be. True fanatics of the sport will be entirely consumed by it to the point where distinguishing a life without that sport is difficult. That’s how golf is for McAvoy.

I will say that Tin Cup is a part of its own world and doesn’t look beyond that. To McAvoy, there isn’t much past golf, other than maybe sex. Shrinking the world beyond golf helps to focus in the story on what it needs to focus on, but it does tend to overinflate the popularity of the sport for most people.

Sports comedies that aren’t slapstick can slip between the cracks of this genre. Caddyshack is the first movie that comes to mind when I think of sports comedies or golf movies. It’s a slapstick comedy with a bunch of famous comedians and hilarious bits. But it doesn’t capture the spirit of sports like Tin Cup does.

Tin Cup is funny, but that doesn’t detract from its true purpose. Instead, its humor works in harmony with its message of love for the game. There aren’t any chirping little gophers to provide assorted bits for our main characters, but it finds ways to make you laugh regardless. The inclusion of Cheech Marin is a big reason for this, along with Kevin Costner’s natural comedic ability.

Tin Cup isn’t the only sports comedy of its kind, of course. There are many movies that also use comedy in harmony with the moral rather than as an added side bit. But, Tin Cup is special in how it seamlessly blends it with the more engaging plot of an underdog defeating all odds to become great. Comedy isn’t the focus of the film; rather, it enhances the focus.

Our Main Man Is a Loser

That’s right: McAvoy loses. Sorry to spoil the ending for you, but that’s just the facts. (Then again, it’s hard to spoil a 25-year-old movie.)

McAvoy makes it to the final round of the US Open, where he faces off against an old rival and another professional golfer (who really doesn’t make enough of an impact on the story for me to remember his name). The whole time, we are rooting for McAvoy to finally realize his dreams and become a professional golfer, with all the fame and notoriety that comes along with that. We believe he can, too, because he has heart and truly loves the sport of golf and isn’t afraid to take risks.

Then it comes time for the final shot. McAvoy has two options: “lay up,” or play it safe and go for par or go all out and hit a nearly impossible shot. Of course, it wouldn’t be an exciting movie if he didn’t go all out, so that’s what he chooses to do.

He fails many more times after that, nearly disqualifying him from the entire U.S. Open. When, by some miracle, he hits the 12th shot, not only hitting the green but sinking the ball into the cup.

Is the audience disappointed with this seemingly lackluster performance? No, quite the opposite in fact. Everyone celebrates the fact that he finally sank that last shot and hit a 12 in the U.S. Open. In a way, it’s like he never lost at all. But he did, which makes Tin Cup different from other underdog stories like Miracle or Remember the Titans.

Put It All Together

Tin Cup is like making cookies. Flour, sugar, and raw eggs aren’t necessarily the most appetizing things on their own. But, when you put them all together, you have a delicious finished product. Tin Cup has a lot of elements that seem boring on their own: a sports comedy that isn’t slapstick, a main character that doesn’t win in the end, and it’s about golf. But, when you put them all together, it actually makes a pretty good movie.

Sure, it’s not as rip-roaring hilarious as Caddyshack or as touching as Remember the Titans, but it has heart. It sets out to show people its love of sports and it does exactly that. Even non-golf lovers like me can appreciate the sport more and the impact it can have. I couldn’t ask for anything more.

Thank you for reading! What are your thoughts on Tin Cup? Comment down below!

I’m not a golf fan either, but this was a good movie :)