After the Rodney King incident sent shock waves through Los Angeles, racial divide and tensions were at an all-time high in the area, especially between the police force and citizens.  The conflict boiled over into what are now known as the LA Riots, and they forever changed the greater Los Angeles area.  While it’s not the easiest subject to tackle, Kings had the opportunity to discuss this story in a time when it could not be more relevant.  Unfortunately, it didn’t quite hit the mark.

With racial tension at an all-time high in the city of Los Angeles, local mother Mille (Berry) is doing whatever she can to keep her children safe.  She constantly overextends herself — she even takes in kids from off the streets to keep them safe.  And while she doesn’t exactly get along with her neighbor Obie (Craig) and the police are less than kind, her family is generally happy.

However, tensions in the LA area boil over after the verdict of the Rodney King trial hits the press, causing an uproar in town that threatens the lives of everyone who lives there.

Some filmmakers really struggle to option their script into a feature film until they’ve proven themselves.  Director Deniz Gamze Erguven had precisely that issue during the development of Kings as she initially finished the script back in 2011, and it obviously took several years before it ever got the green light.  As Erguven struggled to find financing, one of her friends suggested that she cut her teeth on a smaller, more intimate story.

That little suggestion made all the difference as Erguven went on to direct 2015’s Mustang, a film which went on to earn an Oscar nomination in the category of Best Foreign Language Film.  As is always the case, the Oscar nomination gave Erguven enough pull to finally direct the movie she wanted, and she quickly turned back to her work on Kings.  The film is clearly quite a step up as the cast includes stars such as Halle Berry and Daniel Craig while covering one of the more troubling moments in the history of Los Angeles. 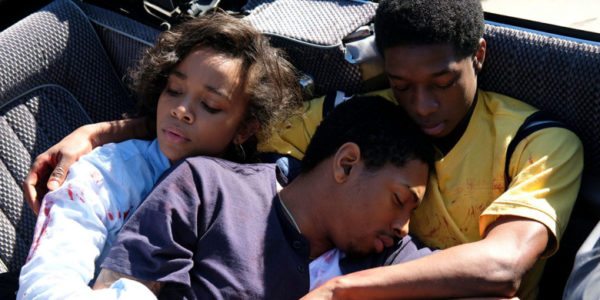 Kings has a lot of problems that we’ll get to in a moment, but one area where the film truly excels is during moments of high tension during the riots.  Erguven packs a visceral punch into these moments — she doesn’t hold anything back.  At times, sequences are tough to watch, and that’s exactly how a film that depicts the LA Riots should carry itself.  You wouldn’t want a film such as this one to sugarcoat anything.  Doing so would remove the fangs from a film that has the ability to become incredibly timely.

Erguven captures the streets of LA in a grounded manner, shedding light on those that hardly ever get to step into the spotlight.  It’s a depiction of LA where kids have to grow up fast and take responsibility for themselves and others when they probably need help themselves.  For an assortment of reasons, these individuals never feel safe, and they’re forced to harden in order to stay alive.  The film weaves in this feeling into the Rodney King verdict nicely, showing how easy it was for tension in the community to reach a level that isn’t safe for anyone.  In that sense, Kings is a fascinating depiction of innocence lost.

“Unfocused” is Putting it Lightly

There’s plenty material for Kings to work as a street-level thriller a la Kathryn Bigelow’s Detroit from last year.  Realistically, it’s not that difficult for a film with this type of subject matter to have some sort of impact on the viewer.  And yet, Kings consistently undercuts itself with needless elements, and the overall experience is seriously damaged.

Not only does Kings attempt to express growing racial tensions in the great LA area, but it tries to weave in multiple romances and story threads to the point where nothing ever becomes resonant.  I’d describe Kings as the cinematic imagining of attention deficit disorder.  Whenever your investment level in a certain story thread rises, the film immediately jumps to another piece of the puzzle only to then have the cycle repeat itself again and again.  The entire becomes frustrating as Kings lulls you into a state of passive viewing.

Kings is the classic example of a film trying to do too much.  It has a lot on its mind — and one has to appreciate the ambition — but it turns into a cinematic vomit with too many things mixing together.

With so many characters and relationships, Kings struggles to make any of them feel realistic.  In fact, some of them happen out of the blue simply because there just isn’t enough space within the plot to devote serious time to them.  For a movie that’s trying to tap into feelings of realism, “fake” is probably the worst descriptor it can have, and Kings certainly feels that way at times. 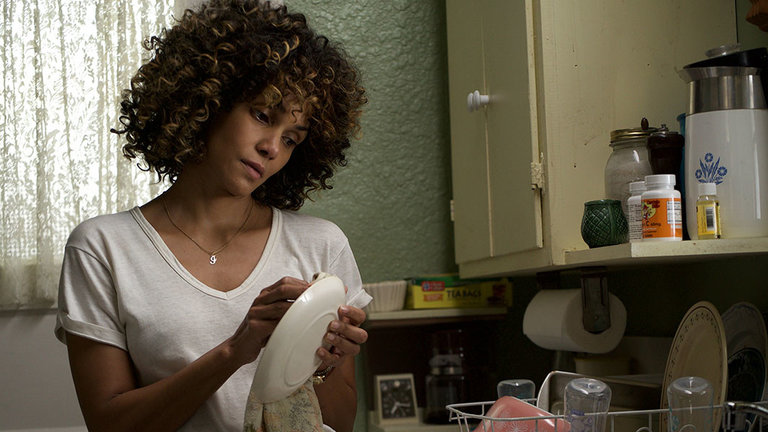 One must give Kings a lot of credit for its willingness to tell a rather troubling story in U.S. history, but one should desire more from such a movie.

Kings is too ambitious for its own good, weaving a bunch of different storylines into a narrative that never quite comes together.  This film has an eye on creating genuine character relationships, but those are undercut by the attempt to pay service to the infamous event in our country’s history.  However, the event itself is also undercut by those same relationships, and it’s never realized either.  In the end, Kings just falls flat in every respect.

Thanks for reading!  What are your thoughts on Kings?  Comment down below!

How was Berry’s performance itself? I find her overrated, personally.

It was perfectly acceptable. She did her part, but she wasn’t spectacular or anything