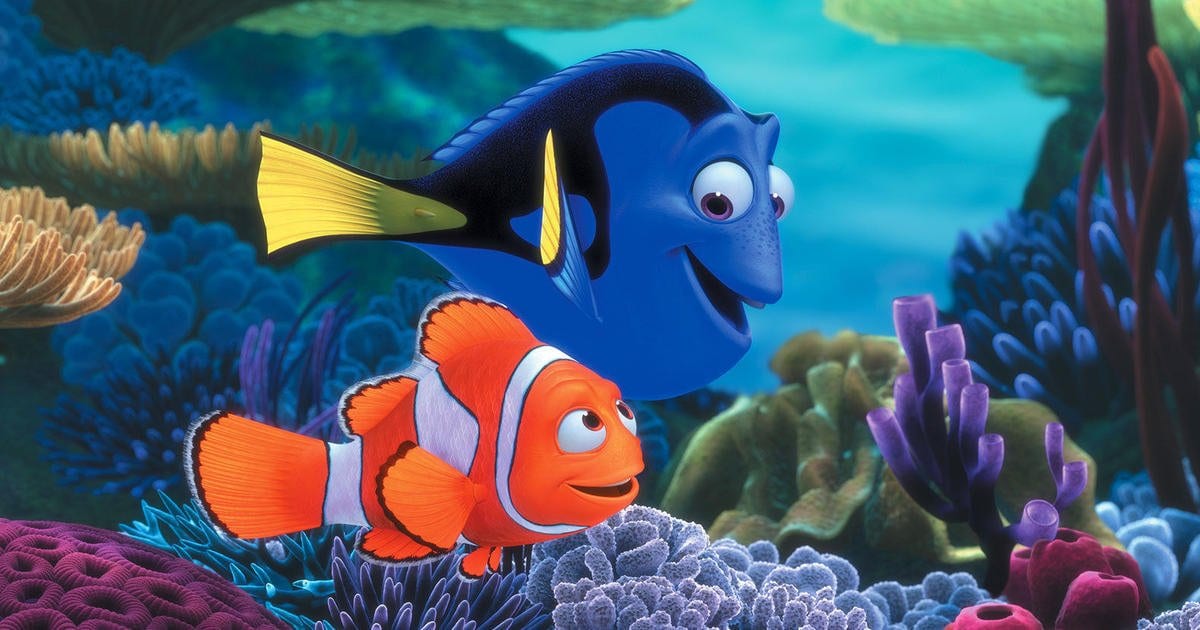 When Finding Nemo was released, 15 years ago today, this writer was childless (and about as single as one can possibly be). At that time, Finding Nemo was just a charming Disney/Pixar movie about a lost little clown fish, featuring a scene-stealing blue tang voiced by Ellen Degeneres. In the years since the movie’s release, however, I’ve become a parent, and the movie has taken on new dimensions.

Parenting a Child With Additional Needs

When Nemo (Alexander Gould) was gestating, there was a traumatic incident, the end result of which left Nemo with one fin smaller than the rest. This leads his father, Marlin (Albert Brooks) to be relentlessly overprotective. That is something I can relate to now, as the parent of someone with some additional needs. I’m pretty sure I’d be a helicopter parent either way, but this added piece cements it. Then again, my daughter is prone to roaming and bolting (despite also having separation anxiety), so constant supervision isn’t really optional. But, I digress.

When parenting any child, we have to find balance between being protective enough, and letting our own fears hold our children back. Marlin’s worries have definitely held Nemo back from things he wants to try, and he starts to rebel a bit. This is the first of many good lessons this movie teaches: not so much to the children in the audience, but their guardians. If we don’t give them an inch, eventually, they’ll take a foot. Like Dory says to Marlin, “…you can’t never let anything happen to him. Then nothing would ever happen to him.” 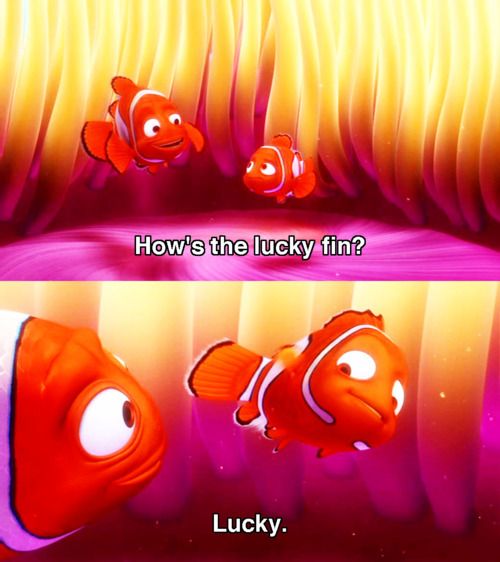 Don’t Pass Down Your Baggage

Another lesson Finding Nemo teaches is the concept of not passing down phobias and hangups. Marlin may well have done this to Nemo eventually, but thankfully, the little guy seems to have his own mind about most things. Nemo is relatively fearless. The only thing he’s really taken to heart is thinking he can’t swim well because of his “lucky fin.” That’s unfortunate, but he does eventually discover how strong he is.

It’s really hard not to let on when things genuinely terrify us, but we have to at least attempt it every day. We need to fight our own battles, not pass them on. For example, I have severe arachnophobia, but my daughter seems to think spiders are adorable. I don’t care for elevators, but she loves them. Rather than sharing my fear of these things with her, her affection for them has helped me be less afraid. And that’s pretty cool. Ultimately, this is how Marlin and Nemo end up, as well. They both have to overcome a lot of discomfort in their pursuit of finding each other, and dare I say, themselves. 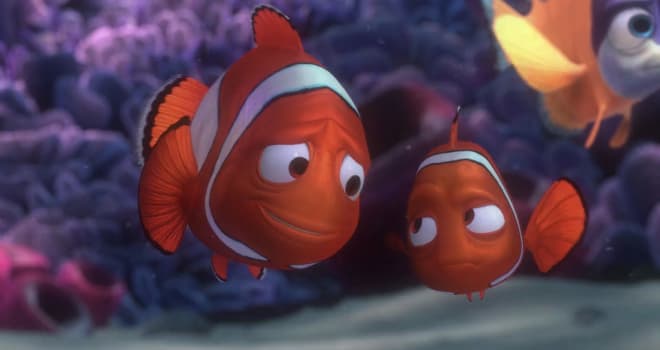 When our story begins, Marlin and Nemo have been relying solely upon each other. They lead a fairly isolated existence within the protection of their sea anemone home — not many creatures can withstand the stings, making it something of a fortress. However, as the movie goes on, both Nemo and Marlin interact with others, learn from them, and form attachments outside of one another. This is especially true for Nemo when he meets Gill (Willem Dafoe), an angelfish from the ocean who now lives in a dentist’s tank.

Like Nemo, Gill has a compromised fin, which causes Nemo to heed his advice more than he may have otherwise. Gill’s bravery is masking his own struggles. In all honesty, Gill seems to suffer from depression, made worse by being in captivity. It’s refreshing to see something like that addressed in a Disney/Pixar movie. Nemo catches on to Gill’s state of mind, and decides to help him. As demonstrated more than once in this movie, a symbiotic relationship forms.

Meanwhile, Marlin gains laid back parenting wisdom from a 150-year-old sea turtle named Crush. Marlin actually asks him for advice, which is, in itself, a big step for him. During his search for Nemo, Marlin begins to realize just how sheltered his son has been. It starts to worry him to think his son is (as far as he knows) somewhere out in the open ocean with no survival skills. It dawns on him that his efforts to protect his son have actually left him more vulnerable. On the surface, Finding Nemo is a fun little family film, but if you dive deeper, you’ll find it has a lot to teach us. It’s spent the last 15 years educating children about things like: not tapping on tank glass, or why shaking a bag with a fish in it is a bad idea. However, I think the guardians in the audience have picked up something even more valuable. Parenting classes for the price of a movie ticket.

Thanks for reading! What are your thoughts on Finding Nemo’s lessons? Comment down below!

[…] experience when it comes to animated movies, having participated as an animator on The Incredibles, Finding Nemo, WALL-E (one of my all-time favorite animated movies), Toy Story, and Ratatouille. Nowadays, he is […]

Great read! Thanks for sharing 🙂

Thank you for reading. :)

OMG this is just amazing ! Do check out my post on parenting here https://sunniesmybunnies.wordpress.com/2018/06/22/15-life-lessons-for-kids-before-they-turn-10/

Thank you for the compliment. I really enjoyed your piece, too. Very good points. Parents seem to brag about “skills” that are actually dangerous practices, and don’t think to teach the practical things. Honestly, I wish they taught more practical skills in schools, as well.

Yes indeed and it’s an irony !

I was just talking to my brother about this the other day… we were kids when this came out. We are both parents now, and we use references to this movie when talking about parenting. Tok funny!

This was a great read. It took me a while to realize that I could not shelter my children the way I was doing so. I realized that I was doing more damage from sheltering them live a prisoner basically than allowing them to gain the courage needed in the world today. I am not saying I am all the way laid back now but it is a learning process……and as much as we have watched this movie over and over again it is nice to see it in another point of view.

Oh, I understand, believe me. It is definitely a process. And if you have more than one, it can be a matter of parenting differently for each one. Talk about a learning curve! Mine is an only child, so I’m at an advantage there, at least. ;)

I have 5 and so yes lol its a huge curve but I can say there are more laughs than yelling in our house now. Like now since my 2 girls decided to argue they are doing a “team challange” holding hands while cleaning there room. Lol

“Don’t pass down your baggage.” That got me.

Thank you. Realizing how Marlin-like I can be was a wake up call, for sure.

I didn’t even have to rewatch it to write this. Is that pathetic, cool, or somewhere in between? Ha ha. One of my favorites of all time.

This is great, really. I might even go watch Finding Nemo again now. These things were always just under my nose but it’s amazing how age will inform you on certain aspects to movies you loved as a kid. The best Pixar films, or even any children’s story, are the ones that teach adults life lessons almost as a sort of subtle by-product. Thanks for writing this! I love these types on write-ups!

Thank you so much, Stephen.