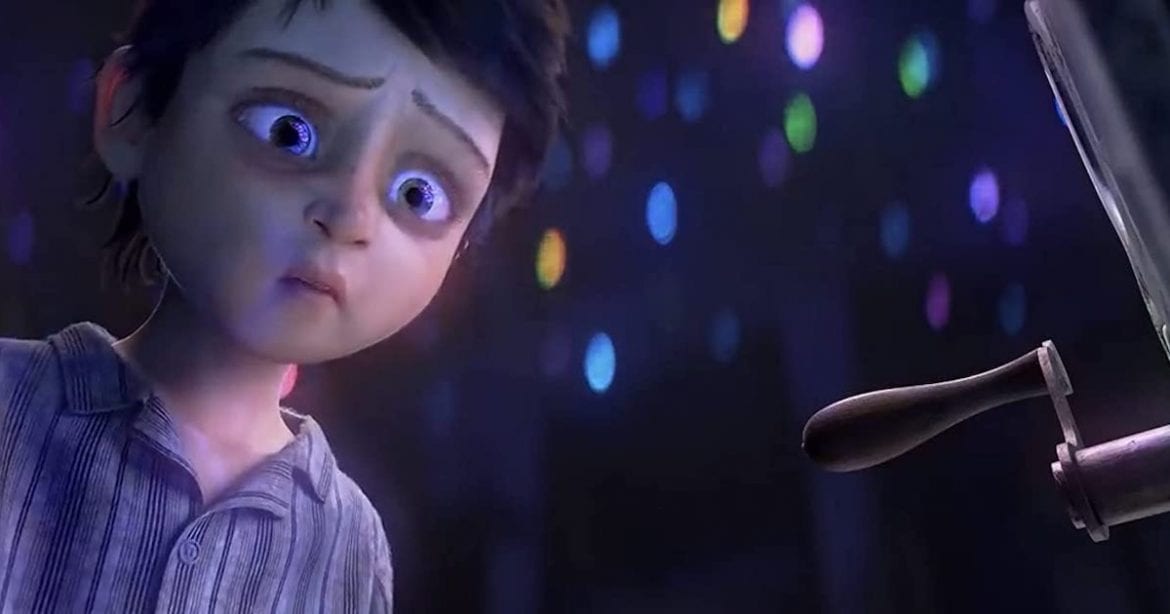 Welcome to Part 3 of this ongoing series about interesting short horror movies on YouTube. I find most of them via the channel of ALTER, unless otherwise noted. Let’s have a look, shall we?

First of all, an explanation of the title. There are lots of vloggers who like to buy mysterious boxes on eBay and especially on the dark web. When the box arrives, they will open it and have a look at its contents. They film this whole procedure and then put it on YouTube. And that’s it. It sounds very simplistic, but guess what? There is an audience for this! There are bloggers who can actually make a living out of this, with each episode reaching hundreds of thousands, or even millions of views.

Back to our short horror film though… A female vlogger comes home one day, discovering a mysterious box in the hallway of her apartment. A mystery indeed, since neither she nor her roommate ordered anything… Soon afterward, she has some very unsettling dreams; moreover, she can’t find out where the box comes from. Thus, she can’t send it back. And throwing it away doesn’t seem to be an option for her…

But her curiosity finally takes over and she decides to open the box. And she vlogs about it, of course. And, If you want to know what happens then, you have to look for yourself!

Unlike Piggy or Smear, this short horror film has no message whatsoever. This is just 7 minutes of pure horror. Yes, that’s it: entertainment with some really nice jump scares. And a bit of entertainment doesn’t hurt these days, does it? To be honest, I enjoyed myself thoroughly and I cannot help thinking whether the director wanted to make fun of these vloggers unboxing mysterious and creepy boxes on YouTube.

Veemsen Lama wrote and directed Unboxing. Originally from Nepal, he now lives in London, making (short) films. His most famous work is Maya (2015), which won awards all over the globe. You can watch it and his other works (including vlogs and music videos) on his YouTube channel. His latest feature is Kathaputali, which also belongs to the horror genre.

I will surely check his other works and who knows, maybe even blog about (one of) them. To be honest, I didn’t discover this short horror movie via ALTER. I was actually looking for some interesting unboxing videos when I stumbled upon this one! And just like the main character, I gave in to my curiosity, but with less dramatic consequences.

Some time ago, I reviewed Circles by director Dean Puckett, a short horror movie I really liked because of its combination of gore and humor. I then promised you to rewatch The Sermon, which I finally did today.

Let’s start by saying The Sermon is very different in tone; it’s a lot more serious, even more cerebral. During its 12 minutes, a very fanatic preacher is holding a sermon in an isolated church community, somewhere in England. However, he is unaware that his own daughter is keeping a dark secret, which will eventually lead to an explosive outcome.

It’s hard to say in what era this movie takes place; the architecture and the appearance of the characters don’t give much away. I guess it’s because the when doesn’t matter, probably because the underlying themes are timeless, thus turning the movie into an allegory. Even though The Sermon also manages to address various serious matters such as religion, sexuality, faith, violence, and revenge.

The oppression of female sexuality by a male-oriented religion does not exactly lead to a happy ending. In that respect, The Sermon and Circles, although very different in atmosphere and themes, have something in common; a sudden violent resolution. In both movies, you can clearly feel the tension building up towards it. It’s just a matter of when and how it will occur.

Another thing that these two short horror movies have in common is excellent acting. In this case, Molly Casey, who plays the preacher’s daughter, seems to be vulnerable and intense at the same time. I also appreciated the cinematography and fast-paced editing. All in all, The Sermon is an excellent, thought-provoking short horror movie.

La Noria by Carlos Baena made such a huge impact on me, especially because of its content. And let’s face it: it’s not every day that we see an animated movie with a horror theme.

Maybe his name doesn’t sound familiar, but Baena actually has a lot of experience when it comes to animated movies, having participated as an animator on The Incredibles, Finding Nemo, WALL-E (one of my all-time favorite animated movies), Toy Story, and Ratatouille. Nowadays, he is one of the cofounders of Animation Mentor, an online animation school and writes and directs his own movies. And La Noria (2018) is one of his most recent gems.

La Noria features a young boy who likes to draw and build Ferris wheels. Everything seems to be peaceful, but it quickly becomes clear that he is not alone in his bedroom. Or the rest of the house, for that matter… In the darkness, some monsters loom, and they will have a huge impact on his life.

I wouldn’t classify La Noria as pure horror, but more as a dark fairy tale. It becomes clear that the boy struggles with loss and grief and that he has to find a way of giving all of this a place in his life. Whether he succeeds in doing so or not, you have to see for yourself.

La Noria‘s animation itself is simply stunning. Actually, during the first seconds, I thought I was watching a live-action movie because everything seemed so lifelike. Another reason why I liked it so much is that I have been through a couple of losses myself last year, so I really understand the struggles the boy is experiencing.