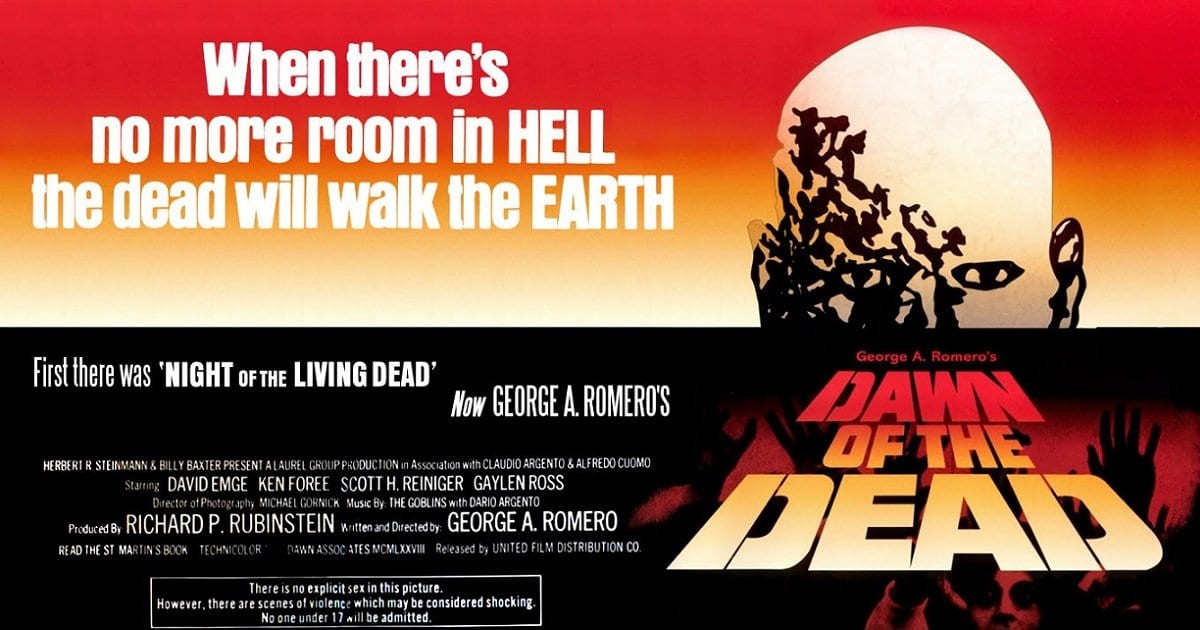 40 years ago, Hell ran out of room and the dead began to walk the earth. Today marks the 40th anniversary of the release of Dawn of the Dead, a horror film classic directed by the legendary George A. Romero.

The Story Behind the Horror

Dawn of the Dead’s development began in 1974 after Romero visited friend Mark Mason. Mason had just given him a tour of the Monroeville Mall, and was in the process of showing Romero the parts of the mall that were hidden from the public. During this Mason casually remarked that in the event of a disaster it would be possible for someone to survive in the mall. This gave Romero the idea for the setting of the film.

After finishing the screenplay Romero had trouble securing funding for the film. Until his plight reached the ears of Dario Argento, an Italian horror director. Argento had been a large fan of Romero’s previous film Night of the Living Dead. He was more than happy to aid Romero in the creation of a sequel. The only caveat however, was that Argento was given the international distribution rights in exchange for funding. Romero agreed, and principal shooting began in November of 1977. 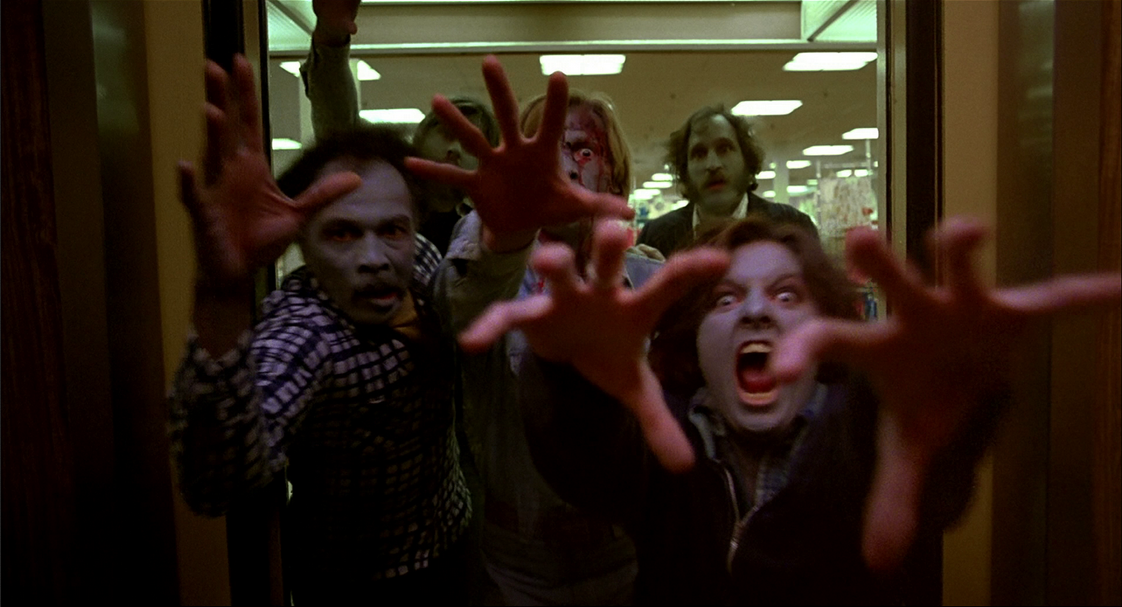 Filming took place at the Monroeville Mall, located in Monroeville, Pennsylvania. The mall remained in operation during the entirety of shooting. Shooting took place at night after the mall closed from 11pm to 7am. There were numerous time constraints due to the fact that Romero wanted to use an active shopping mall during the Christmas season. The crew actually stopped filming for three weeks because removing the Christmas decorations during shooting was ruled to be too much of an effort. During this break Romero took the time to edit already shot footage. The other two shooting locations for the film were the Harold W. Brown Memorial Airfield, a local airport near the mall that is still in use today, and a local gun store in Pittsburgh. Principle filming ended in February 1978. The entire duration of the shoot was around three months, not counting the break.

Two Dawns of the Dead?

There are two final cuts of Dawn of the Dead that were released to theatres. The first cut is the North American\English version that was edited by Romero himself. The second cut is the international/non-English version of the film that Argento edited. He also changed the name of the film to Zombi or Zombie. The MPAA initially gave Romero’s version the rarely used “X” rating. This caused Romero to release Dawn of the Dead as unrated in order increase its chances of commercial success. In addition, Argento further edited and censored the international version for release in some countries. The only real difference between the two versions is that Argento’s is slightly shorter than Romero’s and includes some additional music.

Dawn of the Dead‘s Legacy Lives On

Dawn of the Dead is a film that can not only be considered a landmark film of the horror genre, but also as a cultural watershed. If it was Night of the Living Dead that started the zombie horror genre, then it was Dawn that cemented it in the popular conscience. So many other forms of zombie centered media owe their existence to the themes and ideas set down in Dawn of the Dead. From the idea of slow shambling zombie hoards, to the trope of the group of ragtag survivors, Dawn laid down many of the zombie clichés that are still in use today. One of Dawn’s larger contributions to the horror genre was that it gave birth to a new kind of zombie. Before Dawn, the appearance of zombies in a horror film was usually the result of some arcane art. But the source of zombies in Dawn of the Dead wasn’t magic but science. All of the sudden zombies weren’t just in the realm of superstition but could now quite possibly exist. One experiment gone wrong would be all that it took to make the horror on the screen come to life.

More than Just a Zombie Film

One of the most brilliant aspects of Dawn, is that it was always more than just a horror movie. It tackled the fears of rampant consumerism that were sweeping the nation. It looked at what humans would do to each other just to survive. In addition the film was parody of the excessive violence used in film. Dawn of the Dead managed to cover a wide variety of topics all through the lens of the zombie apocalypse.

A Dawn that Never Ends

No matter where you look, be it in popular culture or horror films, if it has zombies its thanks to Dawn. Dawn of the Dead is a film that inspired sequels, a remake by Zack Snyder in 2004, and a whole host of references in other media. The film has been consistently ranked as being among the greatest movies of all time by publications such as Empire, The New York Times, and Playboy. Even after we mark the 50th, 70th, or even the 100th anniversary of its release, Dawn of the Dead is a film whose impacts will always be felt and never forgotten. 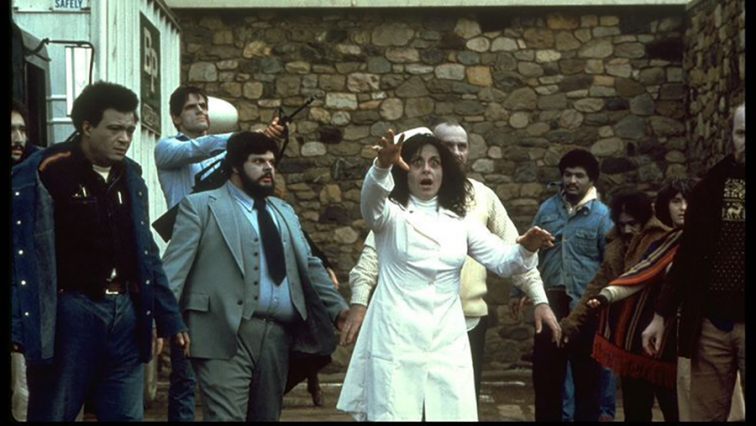 Thanks for reading!  What are your thoughts the impact of Dawn of the Dead?  Comment down below!

Love a good zombie movie but I think this and 28 Days Later are the best ever. Watch ‘Train To Busan’ if you haven’t seen it. It’s a South Korean film and I think it’s got to be one of the best ever.

Superb. It’s in my Top 5!!
Several years ago, I used to go to a lot of conventions with a friend who was a Star Wars nerd.
One year, at a convention( I seem to remember it was when Kill Bill came out as Michael Madsen And David Carradine were there), I got to meet and have an extensive chat with Ken Foree. He is a beautiful( and huge!!!) man. At the end he even gave me his card and said if I was ever in LA to look him up.