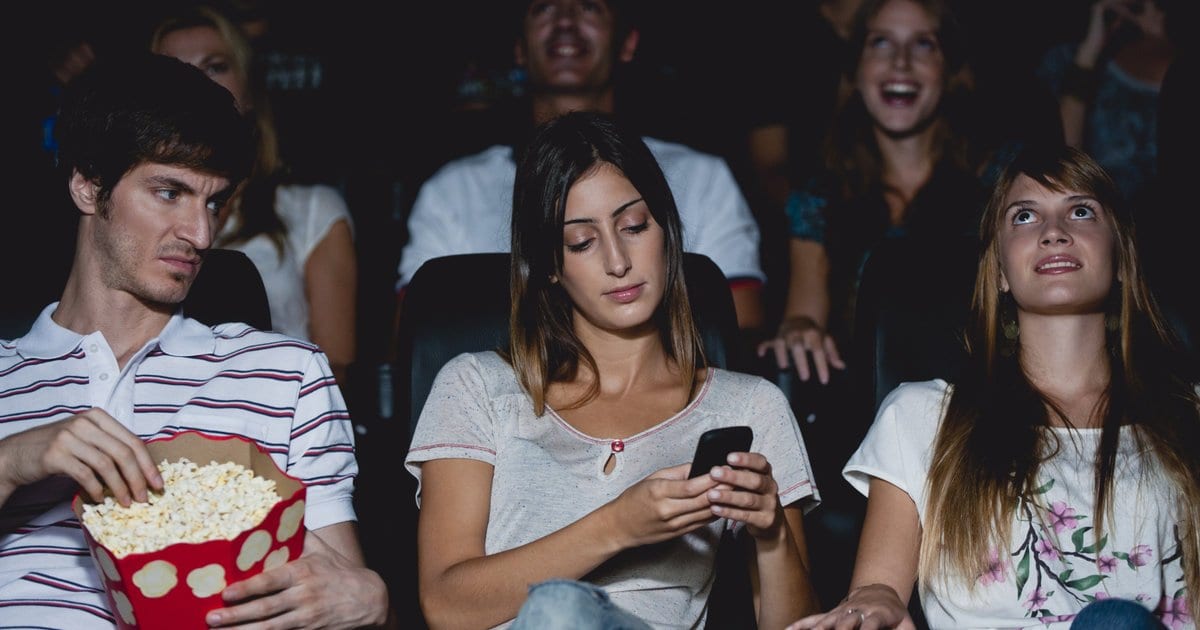 Imagine this: it’s opening night for the movie you’ve been waiting to see for months. You bought your ticket in advance and arrived to the theater hours early to ensure prime seating. During a pivotal scene in which the whole theater reacts, one person overreacts into the next frame. Unfortunately, you miss important dialogue by being near the moviegoer. With the movie still rolling, you have no way of figuring it out.

Know What You’re Getting Into

When people go to a movie on opening night, it’s guaranteed that the theater is going to be packed full. No seat is going to be left empty and the audience is comprised of eager fans. Eager fans means emotions are high and people are ready for the spectacle they’ve come to see.

If you’ve never been to a movie on the day it comes out there are things you should know. At the core of it, be prepared for audible reactions such as gasps, shouts of disclaim, laughter and more. Take Avengers: Infinity War for example, everyone who went to the move on opening night are super Marvel fans and had been waiting a while to see it. Even without going to the opening night, it’s easy to imagine from post-movie Twitter reactions how people behaved during the movie.

So, before purchasing tickets on a movie’s release date, people should expect visceral reactions. For big films that are part of well-known universes like Star Wars, Marvel, Harry Potter and more, people even took the extra leap to dress up for the first night. React With the Everyone

Typically when people venture to the movies, it’s expected to be a quiet affair on their part. But, the one exception from this unspoken rule is seeing a movie on its release date.

At the core of a movie, the intention is to elicit reactions from people. Typically, directors have particular scenes within a movie designed to make people feel. Ultimately, the pairing of scenes made to make people respond and fans of the movie, everyone is going to react at the same moments. Whether the emotion expressed is shock or laughter, fans seeing a movie usually react in sync.

When Things Go Too Far

With visceral reactions, there is always the chance for someone to take their reaction an unnecessary step up. But, people need to be aware of how their overreaction can impact another person’s movie experience.

For example, two or three more oh no’s or shouts are not necessary. When a majority of the theater stops reacting, that’s a big sign to quiet down so that nothing is missed. Granted, people have the right to react how they please, but there also needs to be a conscious understanding of when it’s not appropriate to prolong a reaction.

Unfortunately, if people overreact there is a possibility of a fight breaking out. Back in September of 2017, a fight did break out in a theater during the screening of It. Witnesses said that it happened because one guy was annoyed by another male talking loudly during the movie. While this may not have been the opening night, it shows that movie-going misconduct can create a scene.

Add the heightened emotions of an opening night and one movie-goer taking things too far and the possibility for chaos is high. While people’s emotions are valid, a fight breaking out causes a bigger distraction and can ruin a movie for even more people.

When people order tickets months in advance, they don’t want to regret that decision when they find themselves taken out of the movie because of a few people not keeping in check. image via The Roaming Life

Overall, going to a movie on opening night is quite an experience. But, people need to remember to be conscientious about others in the theater. Yes, something may be shocking and everyone shares the same sentiment, but don’t be the person that multiple people need to shush.

Sometimes, a moment may be too hard to calm down from, but switching to silent reacting is a great way to have opening night etiquette. In fact, it allows people to not have to repress their feelings during a scene while simultaneously being courteous to everyone else in the theater.

For the most part, reacting is valid, but understanding when enough is enough is clearly ideal.

Thank you for reading! What are you thoughts on opening night etiquette? Comment down below!

Join MovieBabble on Pateron so that new content will always be possible.

I think Moana was the only film I’ve seen opening night.

I do love going to the cinema on opening night, especially for those big releases. What terrifies me is when I arrive in the lobby and the previous showing has just ended – I try to block out any noise in case the people leaving start talking spoilers!

Ugh I can’t tell you how much this article is needed. I actually love clapping and cheering for the opening credits of a much-anticipated movie, but there’s a point when people need to CHILL OUT

Really good article, Erin! I think what could be added to the discussion of opening night etiquette is to not post spoilers from the film on the internet or talk about spoilers with people who haven’t seen the film yet. Some people, for one reason or another, can’t see a movie as soon as it is released. For example, I was unable to see Avengers: Infinity War on opening weekend due to conflicts within my schedule. However, I eventually saw the film a few weeks later and was able to review Avengers: Infinity War on my blog!

Great idea and so true! The worst thing is seeing spoilers before you go to a movie (especially one like Infinity War).

Sometimes you also have to play along with the audience when you’re the one who isn’t feeling as overly enthusiastic. When I saw BvS opening night and Wonder Woman made her epic debut the audience started to cheer, clap and gave her a standing ovation. To see whatever was going on I had to get up from my seat. I wasn’t mad because I loved the scene myself and I understood people’s feelings. We can’t always be Debby Downers and just go with flow ourselves.