Doris Day and Cary Grant skirt around the morality of 1962 Hollywood. 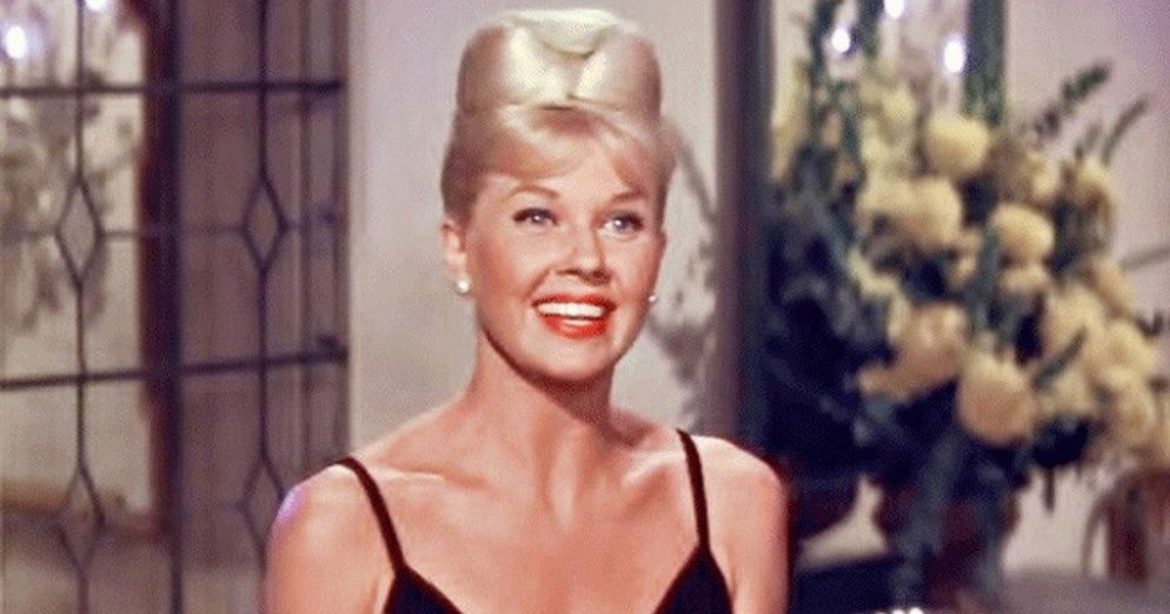 That Touch of Mink is essentially a big euphemism. In the waning days of the Hays Code — the morality guidelines ruling over Hollywood from 1934 to 1968 — That Touch of Mink tiptoed around the rules like an exotic dancer.

By today’s standards, the film isn’t much to blush at. I don’t think the word sex is mentioned more than five times, if at all. The movie hints at immorality and sexuality instead of outright saying it. The most action we get is chaste kissing between our two leads.

Yet, it pushed the envelope in its time and its mere existence was a middle finger to the weakening Hays Code.

This movie is sex-crazy without even mentioning the word sex. The story revolves around a virtuous young lady (Doris Day) who falls in love with an older bachelor businessman (Cary Grant). Grant’s character, Philip, wants nothing but a quick roll in the hay. Day’s character, Cathy, is looking for something with more substance and less bedroom time. Embracing the ideal woman of the time, she intends to save herself for marriage.

There’s a visual gag when Philip and Cathy are on a vacation together that practically screams the word sex. The gag is that no matter where Philip and Cathy are, they are on a bed. Going up an elevator, Cathy imagines the elevator has turned into a bed and everyone is laughing at her. On the beach, the towels they are lying on become a bed and, once again, everyone is laughing.

It’s a prime example of the creativity movies used when discussing such taboo subjects. Writers became a lot more creative with how they said things. Writers Stanley Shapiro and Nate Monaster were masters at that. Shapiro had already written for similar movies like Pillow Talk and Lover Come Back while Monaster would go on to use his comedic ability for the Get Smart TV series. A movie like That Touch of Mink was just another example of their ability to hilariously beat around the bush.

Of course, this was still 1962; you couldn’t be too irreverent. At no point is Philip’s lifestyle glamorized in any way. While he is suave, the viewer is meant to believe that his life is lacking in some way because he hasn’t married the right woman.

Alternatively, we see Cathy is put together and living an admirable life. The only thing that would make it more admirable to the audience would be if she fell in love with Philip and changed his sinful ways.

That Touch of Mink is no Friends with Benefits. Casual sex is not applauded and Philip is virtually scolded for having engaged in it for so long. He pays the price at the end when the two characters finally marry and can have sexual relations morally for the 1960s audience; however, before they can engage in the act, Philip breaks out in a rash that is humorously attributed to the fact that he’s never had moral sex before within the bounds of marriage.

Doris Day was a model of chastity during this era. She’d already established herself as the goody-two-shoes of Hollywood in movies like Lover Come Back, Pillow Talk, and Calamity Jane. In a sense, she was exactly the kind of actress that the Hays Code loved.

Her typical storyline cast her as a hardworking single woman who refused to engage in any sexual relations until after marriage. Seriously — this is the storyline for at least three of her movies in the 1950s and 1960s. It was what the Hays Code wanted Hollywood to portray to American households at the time and what Hollywood gave with Doris Day.

It was a way to fight back against the growing counterculture movement in the United States during the 1960s. Though films were getting racier in some genres, especially when the Hays Code was discontinued in 1968, there were films like Day’s that were hearkening back to the earlier Golden Age when sex was a taboo subject and uber-moral women were the idols of America.

Like I said, Doris Day had at least three or four films during this era that revolved around the same thing: sex. Of course, it was a view of sex being immoral outside the bounds of marriage, and men who engaged in that sort of activity were despicable. It was that same moral drum being beat to death.

Yet, if it ain’t broke, don’t fix it. This same storyline worked great comedically each time and made Doris Day into the star we see her as today. She was the good girl of the 60s; that image made money and Hollywood would use it until the wheels fell off. Same old Hollywood.

Thank you for reading! What are your thoughts on That Touch of Mink? Comment down below!

Sounds like a fun Doris Day movie. ’34 – ’68 happens to coincide with what a lot of people consider Hollywood’s “golden age”. Huh. Then there’s that horrible rumor of Cary Grant and Randolph Scott sharing a home for some time. Hey it worked for Rock Hudson.