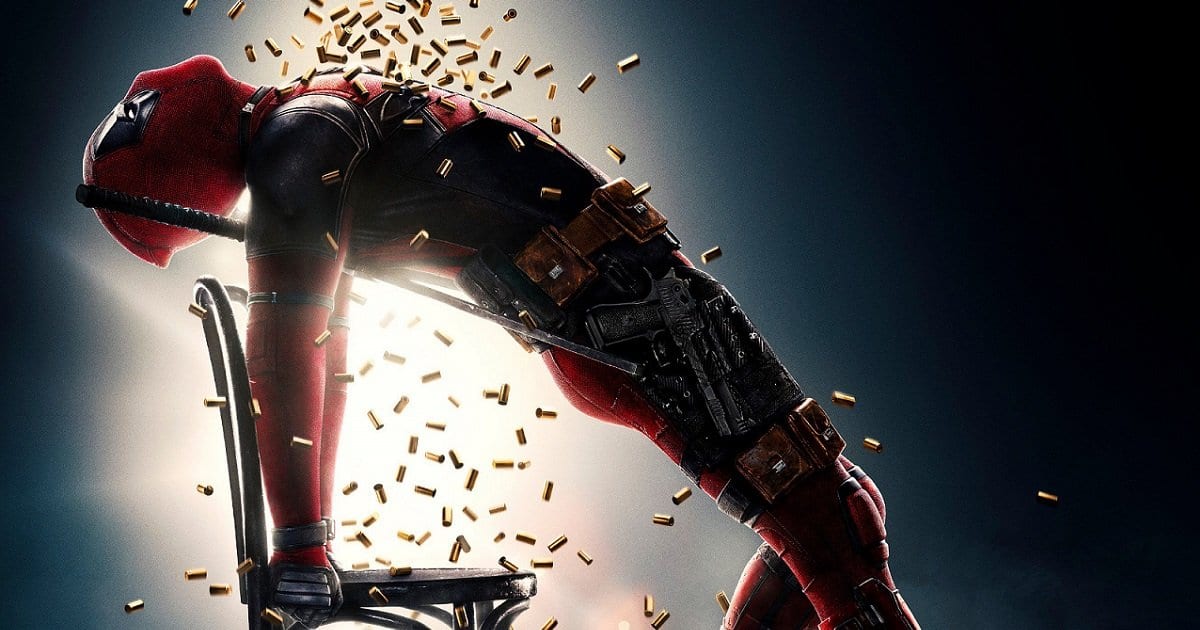 In a time where literally ever studio and media company is looking to greenlight some type of superhero property to capitalize on the built-in audience that comes with them, it’s nice to have a superhero that understands that fact and buck up against it.  Enter Deadpool: Ryan Reynolds soulmate of a character.  And while Deadpool 2 has an upgraded budget and more characters than the original film, everyone can rest easy knowing that this iteration of the character still understands what everyone loved about him the first time around.

After surviving a near fatal bovine attack, a disfigured cafeteria chef (Wade Wilson) struggles to fulfill his dream of becoming Miami’s hottest bartender, while also learning to cope with his lost sense of taste.  Searching to regain his spice for life, as well as a flux capacitor, Wade must battle ninjas, the yakuza, and a pack of sexually aggressive canines, as he journeys around the world to discover the importance of family, friendship, and flavor — finding a new taste for adventure and earning the coveted coffee mug title of World’s Best Lover.

The text above is what Fox submitted as the official synopsis to Rotten Tomatoes — the meta marketing never seems to stop.

As for what actually happens in the film, the emergence of a new threat that goes by the name of Cable (Brolin) forces Deadpool (Reynolds) to bring together a group of mutants to create a new superhero team.  Their mission: stop Cable from killing a young kid that has abilities of his own.

Deadpool 2 was someone up in the air after director Tim Miller left the project citing the ever-nebulous “creative differences.”  However, after a short grace period, director David Leitch of John Wick fame signed on and saved the day.  From there, DP2 was on track, and the meta marketing quickly ramped up from there, leading to great comedic bits like this:

And let’s not forget this one:

If you’re anything like me, superhero movies are becoming a bit much these days, but I’ll never get tired of Deadpool and his meta nature.  When have you ever had this much fun watching glorified ads that tell you absolutely nothing about the film itself?

Between John Wick and Atomic Blonde, David Leitch is a man who knows how to stage action.  With a bigger budget this time around, Deadpool 2 includes some more crazy, over-the-top stunts that perfectly match the tone of the central character.  In typical Leitch fashion, everyone uses their surroundings to get an upper hand on their combatant.

As I alluded to above, the budget is clearly bigger this time around, but it’s also the biggest sandbox in which Leitch has played as an action director.  It’s really great to see such a talented individual stick to his roots while also playing with bigger, brighter toys.  Leitch perfectly captures each ability of each hero, using them in clever ways to make the action pop off the screen with more than enough visual flair and inventiveness.  Like most things, the greatness is in the finer details as Leitch uses intricate, little elements in combat that continuously feel fresh.  And when you add them with Ryan Reynolds’ snappy, quippy character, the entire experience is a zany delight.

Ryan Reynolds is as Great as Ever

Over the years, we’ve seen Ryan Reynolds continuously struggle to find a character that best fits his personality.  With Deadpool, he’s clearly found his calling as an actor, and we’re all better for it.

Reynolds clearly has carte blanche to do whatever he wants as the character, so he takes advantage of the situation by lampooning just about everything that we know about today’s superhero climate in film.  This time, nothing is off-limits, even DC (sorry, Green Lantern, BvS, and so much more).  The references and meta humor become so absurd that Deadpool 2 is strangely esoteric even though it aspires to become a wide-reaching blockbuster of its own.  But that’s precisely the inherent joke of a Deadpool movie in the first place.  Ryan Reynolds and the rest of the writing staff (and the cast for that matter) understand the silliness that is involved in such a project, and they double down on it hard.

Deadpool 2 doesn’t care about checking any boxes — it makes fun of the movies that try to do so.  In the middle of the eccentric, side-splitting humor are massive comments on the film industry that are unbelievably satisfying — and smarter than most highfalutin critics would ever care to admit.  Yes, Deadpool 2 has more than its fair share of dick jokes — it would be unwise to declare a movie of this nature as some genius, perfect work of art — but it’s a shockingly intelligent film at its core. 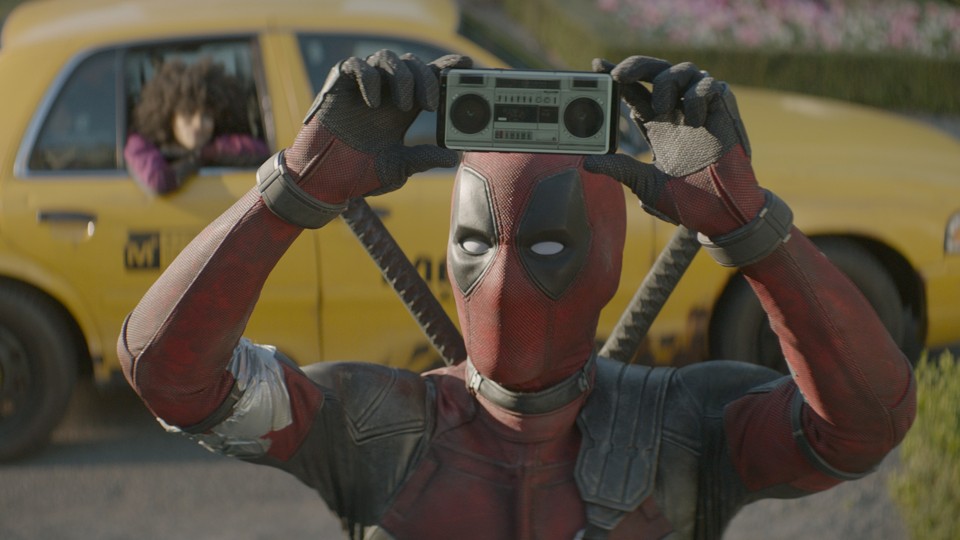 Still, as a sequel, Deadpool 2 can’t help but feel less fresh than its predecessor, and the content of the film doesn’t really help in that regard.  The film desperately attempts to capture the same energy as the first film — which it accomplishes in a lot of ways — but one can’t help but feel that it’s aping off the first film, and the copious amounts of callbacks to popular gags certainly add fuel to the fire.

DP2 is exactly what most quality sequels are in today’s Hollywood: they enjoy a bigger budget with more characters while expanding on the world of the central character, yet they don’t really do anything new to transcend what came before.  Sometimes, the efforts put forth don’t quite hit the mark.  The main sufferers are the emotional beats of the film, which feel largely like they had to be there rather than being woven into the plot organically.

The latest version of the merc-with-a-mouth does exactly what it needed to do: provide absurd fun that makes the inner fourteen-year-old in us all squeal with glee.  Just don’t expect it to do anything more than that.

Deadpool 2 is exactly what a fan of the character (and the first film) would want, adding insane, meta humor to a plot that is chock full of action and gags to an almost tiresome degree.  At the center of it all is Ryan Reynolds, who loves making fun of himself to the point where Deadpool feels like some sort of personal therapy for his damaged psyche.  Whatever the case, he’s as hilarious as ever.

With all the inside references, Deadpool 2 might be even more inside baseball than the first film, so anyone that wasn’t onboard before will be pretty miserable this time around.  But, if you ask me, this sequel acts essentially how it should, catering to its fans every step of the way.

Thanks for reading! What are your thoughts on Deadpool 2? Comment down below!

[…] even the stars were calling for the Snyder Cut to be released before long. That’s some serious Deadpool-killing-old-Deadpool […]

Great review! And felt there was something creatively lacking and you pointed it very well with “repeating greatest hits” remark. Spot on. Still very fun but you can see the cracks

Absolutely! Thanks for the kind words!

Another gem, Nicky Boy! If you want to hear my first reaction on Stardust, I’ve provided a link to it. Reynolds was on his A-Game again, Zazie Beetz was a solid addition as Domino and Josh Brolin was rocksteady as Cable. Yes, the film does hit some familiar beats from its predecessor, but there’s still a fun time to be had from this venture.
https://app.stardust.co/d/reaction?r=951ce0eb-3b46-4b73-b646-5b546fceffef&_branch_match_id=439926566317791106

I didn’t realize you were on Stardust! I’ll have to follow you!

I didn’t know that your site had a Stardust account. Glad I could help us out. Either way, enjoy my comment and my first reaction.

Thank you so much! Thanks for reading!

I am keen to see it today!!

Thanks so much! Thank you so much for reading!

Thanks for covering this movie. I was wondering if it’s worth watching. Have a great weekend!

Happy to help! Same to you!

I wan’t to see the new movie so bad!

Definitely see this one ASAP!