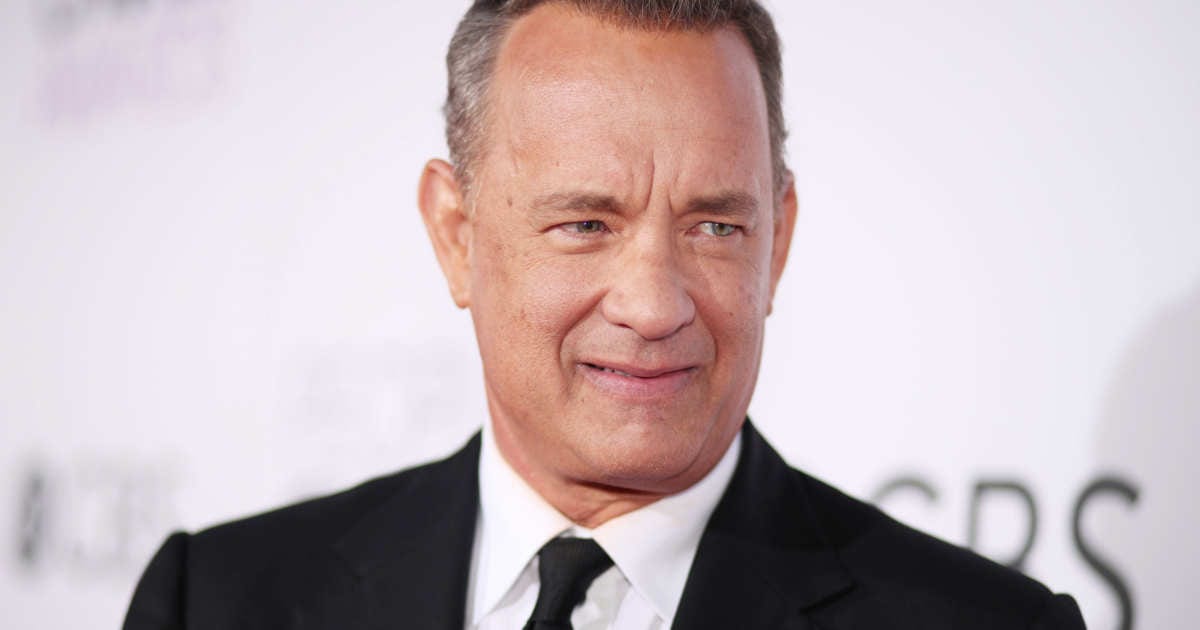 2018 has already taken some of the greatest people of our generation: Barbara Bush, Anthony Bourdain, and even Rick Harrison. I’m not going to take that anymore. 2018, do your worst, because I have a fool-proof plan to save our favorite actors.

My suggestion is that we sacrifice our least favorite actors to save the ones that we truly love. I don’t suggest a violent sacrifice, but rather we send these less popular actors to Wyoming to live among the cows.

Here are some of the trades I would make.

Note: here’s the form for how this works:

Actor I’m sending to Wyoming –> To save this actor

I hate Tom Cruise’s cocky face. Sure, he’s had some great roles, like Top Gun (1986) and Tropic Thunder (2008), but I just hate how arrogant he is. Even disregarding his more wacky personal life, some of his roles are just so odd that I can’t stand to watch him. He acts like he can do any role as long as he gets ripped enough or acts weird enough, but it just isn’t working for him.

Kevin Costner, on the other hand, is a distinguished actor who deliberately and carefully picks out the perfect roles for himself. For example, like me, he also believes that sequels are fatuous and he refuses to do them. Plus, he directed his own epic movie, Dances With Wolves (1990). Not only is he beautiful, he’s talented as well. He has every reason to be arrogant and yet he isn’t. I want to be Kevin Costner when I grow up. 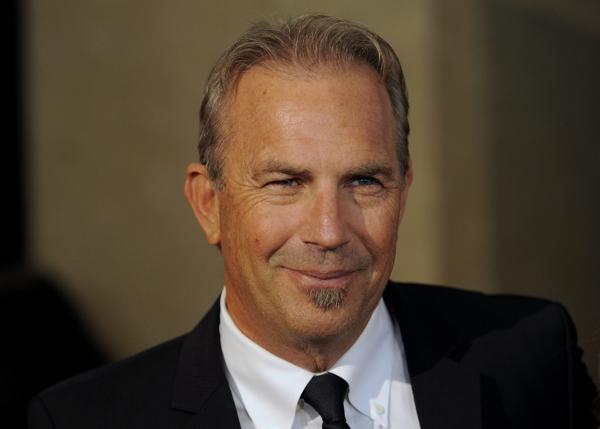 I have never liked Adam Sandler. I have never seen him in a movie where I actually laugh. Every time I see him I want to gouge my eyes out so I don’t have to see him overacting every comedic bit to death. There’s such a thing as subtlety, and Sandler does not possess it. People who find Adam Sandler funny either have very low standards or have a thing for potty humor.

Ellen Degeneres, on the other hand, is hilarious. She never forces her jokes and just lets them come freely. She knows how to make others feel at ease around her and allow for everyone’s natural humor to come out. Plus, she’s a great dancer and brings just a little bit of joy into this hateful world. Not to mention that she knows when to pull the jokes out of the gutter and make them more family-friendly. Take a lesson from Ellen, Mr. Sandler.

I’ll admit that I used to be a Jennifer Lawrence fan. I thought that she was a genuinely funny person and seemed to be very relatable. However, after a while I realized it was all an act and she was exaggerating her quirkiness for attention. Hahaha isn’t it funny that Jennifer Lawrence loves food? Hahaha she’s so random! She just says whatever’s on her mind! There isn’t a censor on her mouth! How delightful! It’s almost like she’s a real human being!

Tom Holland, on the other hand, is someone to truly stan. He’s funny, charming, and overwhelmingly handsome. The best part: he’s unproblematic. Unlike most young celebrities, Holland isn’t caught up in drugs or any other sort of scandal. He’s truly out there just trying to make the world a happy place for everyone by being Spider-Man. How can we not love someone who visits little kids in hospitals and does flips for them? 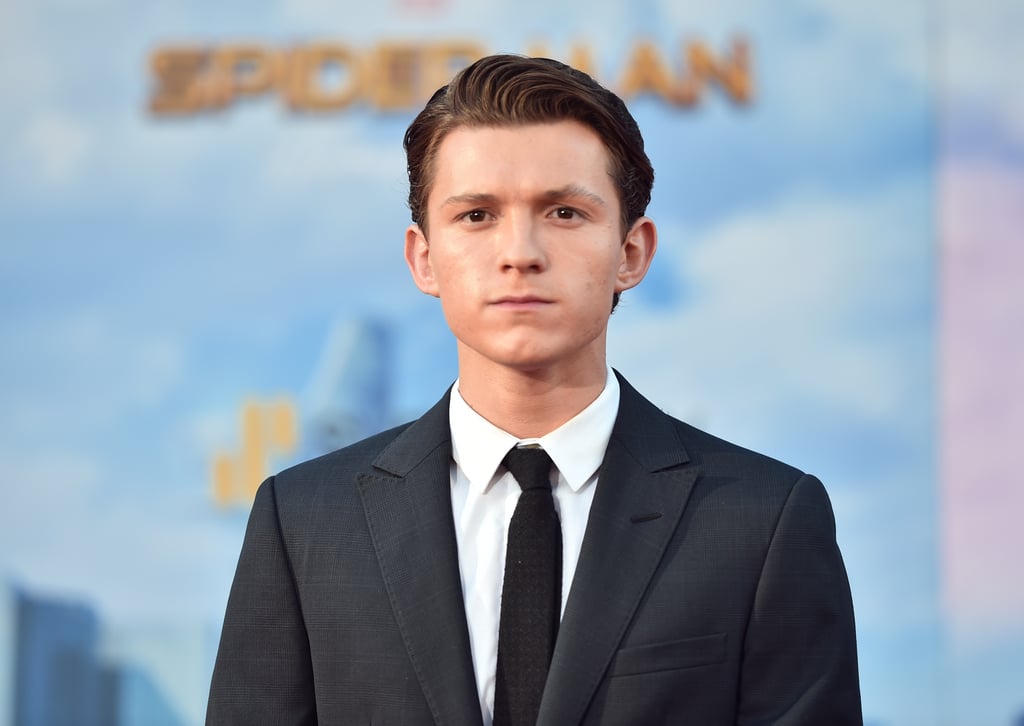 Note: I realize that Tom is nowhere near death, so there isn’t a real need to save him. However, he does do a lot of parkour and a fellow could break their neck that way, so please stay safe, Tom!

Remember when John Travolta acted well? No? Well, how about when he was a teen heartthrob? No? Not that either?

Guess what? NEITHER DO I. How did this man get to be an actor? Sure, he’s had some roles in great films like Pulp Fiction (1994) and Grease (1978), but he’s no Cary Grant. He isn’t relatively good-looking, at least by Hollywood standards (though some may disagree when he was in his younger days). And he always seems to be in movies that are either forgotten or just hilariously bad. And let’s not even talk about Hairspray (2007). Or Wild Hogs (2007) for that matter.

Christopher Plummer is the opposite of Travolta. He’s handsome, distinguished, and he leads a filmography of spectacular films, including his most famous, The Sound of Music (1965). He’s regal and he can sing (his voice was dubbed in The Sound of Music, but recordings exist of his actual voice and they actually aren’t too bad). This man is everything John Travolta is not. Off to Wyoming for you, John. You may think this pairing is odd and it is but I don’t care — I really don’t like Megan “Hammer Thumbs” Fox.

Both Stan Lee and Megan Fox have acted in fun comic book films like Transformers (2007) and The Avengers (2012). Yet, despite acting for a shorter amount of time, Stan Lee beats Fox by a mile. Why? Because he’s actually alive on the screen. He isn’t stiffly saying lines and showing up for the paycheck. His cameos are funny and charming while Fox is awkwardly sexy and obnoxiously rude. Plus, you know, he did create the Marvel Universe, so he has that going for him.

Roseanne Barr starred in her sitcom Roseanne for ten years. The Dick Van Dyke Show only lasted for five years. Yet, guess which one I find funnier?

Ding, ding! That’s right! The one that’s actually funny. No offense to Roseanne Barr, but I just do not find her lowbrow humor that funny. I’d rather watch the more sophisticated gags of classic Dick Van Dyke than watch Roseanne complain about her kids. After all, most people probably hear enough of that at home.

Plus, Dick Van Dyke can dance and sing; he generally just brings a spirit of magic with him. His face lights up the screen and you can tell that he enjoys his life and his career. Roseanne just makes me hate life and I don’t like that. I have nothing against Hugh Jackman as an actor. In fact, I absolutely love Hugh Jackman. But I do not love his voice when he sings. Most people seem to like it, but I don’t. Ever since my friend pointed out to me the flaws in his voice (she’s in a collegiate choir, so she often does this), I can’t stop hearing them. He has a hard time finding the key and he seems to yell more than sing.

But my girl Julie Andrews is perfect. Her voice throughout her career has been absolutely beautiful. From Mary Poppins (1964) to The Sound of Music (1965) and even in –as much as it pains me to say this — Shrek 2 (2004), she sounded magical. And I think magical is the perfect way to describe this beam of sun who has brightened so many lives. Long live Fraulein Maria! 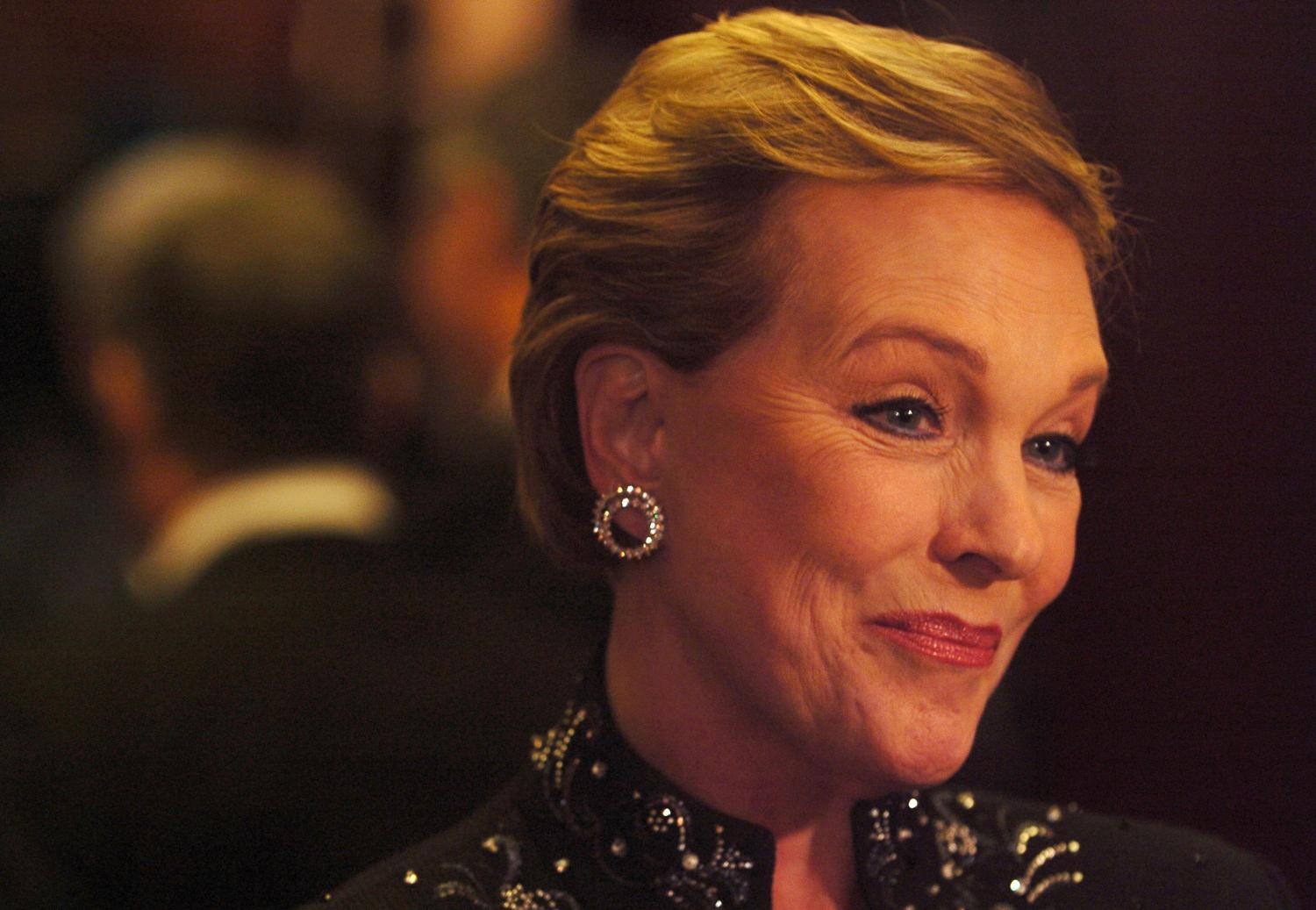 So if we could just give Hugh Jackman’s singing voice to a horse in Wyoming that would be pretty neat because then I’d never have to hear him butcher The Greatest Showman (2017) again and I could hear a talking horse.

I do not find Amy Schumer funny at all. I find her crass, obnoxious, and borderline offensive. Sure, it’s cool if you don’t want to be “ladylike” and would rather tell crude jokes to your buddies. But when you’re broadcasting to audiences across the country, you have to realize that you’re catering to a wider audience, and most people, like me, won’t like you. I really just don’t appreciate how famous she’s gotten by being as vulgar.

Sure, Betty White is vulgar, too, but she is actually funny. My girl Betty doesn’t just throw strings of profanity out into the air and assumes that naughty equals funny. She actually puts thought into her jokes and makes people laugh. Not to mention that at 96 years, she’s still dang good-looking. Keep on being awesome, Betty White! I’m sending Amy Schumer to Wyoming so you can live forever!

[…] actors can ruin a story by overpowering it. That’s how I feel with a lot of George Clooney or Tom Hanks films. It feels like you’re just watching the actor rather than the character. When I […]

Couldn’t agree more. Though I admit, I think I like Adam Sandler in more serious roles (like Reign Over Me) but don’t tell anyone.

Not to worry Kali. With virtual actor technology, you’ll get to keep both long past their expiration dates!

I love this post! Super funny! I am all for sacrificing John Travolta and Tom Cruise!! Yes!