‘Dances with Wolves’ Is So Much Better Than ‘Avatar’ 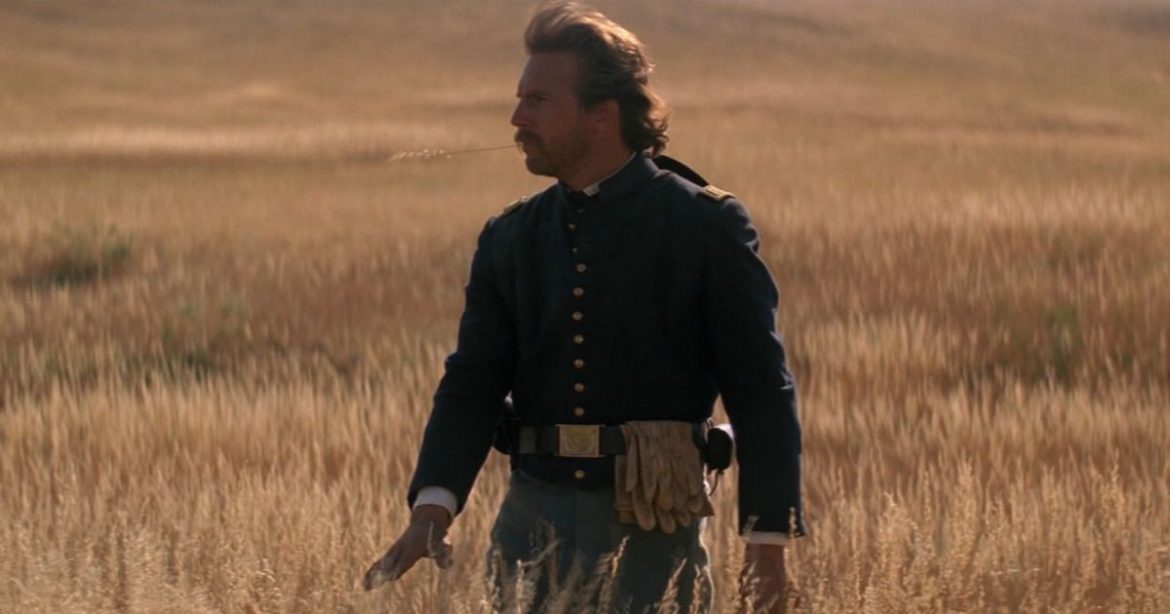 Dances with Wolves is much better, though. It is more realistic, more educational, more picturesque, has Native American characters, and it has Kevin Costner. I see no drawbacks here other than it does not have Sigourney Weaver, which is truly a travesty. That and it’s a three-hour-long movie, but only wimps can’t watch three-hour-long movies.

I feel like Avatar was too much of a metaphor for me. Rather than just saying, “This is something terrible that White settlers did and here is how it played out,” it creates a story about blue people. For me, that almost further whitewashes the issue. Why not just deal with how the actual story played out instead of creating a story like it?

Avatar plays to the sci-fi crowd — which is growing in number — but it leaves out those of who want the real story. It says that the actual story is too harsh for regular viewers and so James Cameron watered it down with pretty graphics and elaborate set pieces to try to make us forget that this really happened.

You wouldn’t think that South Dakota would be such a beautiful place, but Kevin Costner proves you wrong. The prairies are sprawling and the valleys are deep. The skies are blue and the stars are vast.

One of my favorite things about this movie is a deliberate technique that Costner employs in his directing. When John Dunbar (Costner) first arrives at Fort Sedgwick, it is ugly and seems to jut from the landscape. It is unnatural with the land and looks severely out-of-place. However, when John reaches the Sioux settlement, it is beautiful. It blends in with the landscape and the colors are vibrant. The Indian village simply belongs there.

In Avatar, the scenery is also majestic, but it’s not real. It’s all a fantasy. Yet again, it’s a representation of the real thing rather than just showing us the real thing.

Okay, so James Cameron can’t be entirely blamed for this because it’s impossible to find actual blue people, but can we just appreciate that Kevin Costner actually got several Native American actors to play Native American characters? Some of these include Graham Greene and Tantoo Cardinal, plus Rodney A. Grant, Floyd ‘Red Crow’ Westerman, and Wes Studi. Even movies made today struggle to cast racially accurate actors for characters.

To be entirely fair, though, there were Native characters in Avatar as well, including Wes Studi. To go back to a previous point, it was a metaphor for white encroachment on Native settlements rather than actually telling the story. It felt too much like an erasure of the true story.

This may be just me because I’m a Kevin Costner stan, but I really liked that the only character I recognized in Dances with Wolves is Kevin Costner. I may have seen a few of the other actors, but I didn’t know their names, and they certainly aren’t as famous as Costner.

I quite like it when movies do this. Sometimes big-name actors can ruin a story by overpowering it. That’s how I feel with a lot of George Clooney or Tom Hanks films. It feels like you’re just watching the actor rather than the character. When I don’t associate the face with a name or another movie, the whole film feels more authentic.

While I did enjoy Sigourney Weaver, Zoe Saldana, and Sam Worthington in Avatar, it felt less authentic because I could associate them with other movies. It wasn’t just Neytiri on screen, it was Zoe Saldana on screen. Whereas in Dances with Wolves, it was Stands with a Fist and Dances with Wolves on screen, not Mary McDonnell and Kevin Costner.

What I love the most about Dances with Wolves is that there really isn’t a happy ending. John Dunbar and Stands with a Fist are forced to leave so they do not endanger the tribe. The Sioux tribe is continually on the move because the U.S. Army is hellbent on finding and eradicating them. The last words that scroll across the screen are the following: “Thirteen years later — their homes destroyed, their buffalo gone — the last band of free Sioux submitted to White authority at Fort Robinson, Nebraska. The great horse culture of the plains was gone, and the American frontier was soon to pass into history.” That’s a heck of a way to end a movie.

Avatar ended with Jake Sully getting to remain with the Na’vi and the Na’vi people thriving. Dances with Wolves is much more realistic in this way. It doesn’t give the audience false expectations — it gives them history. In this way, it makes the audience face uncomfortable truths about colonization. Dances with Wolves isn’t here to coddle you — it’s here to teach you. And that’s why I love it.

Thank you for reading! What are your thoughts on Dances with Wolves? Comment down below!

Personally I like both movies. Avatar was recommended to me and I set out to dislike but found it actually very moving, a cut above most sci fi flicks. Dances was a thoughtful film, nicely paced and even though I’m not a great fan of Costner fan, I enjoyed it immensely.

Valid. I just like to hate on Avatar hahaha

exactly BUT neither is as good as GOODFELLAS

I couldn’t agree with you more Kali! DwW is by far one of my top movies. The epicness of it is unsurpassed. It makes you laugh, frightens you, inspires you, and makes you look away. Great story telling and, yes, whoever doesn’t like Kevin Costner is a sad little soul.