Can ‘IT: Chapter 2’ Really Succeed As Good As The First? 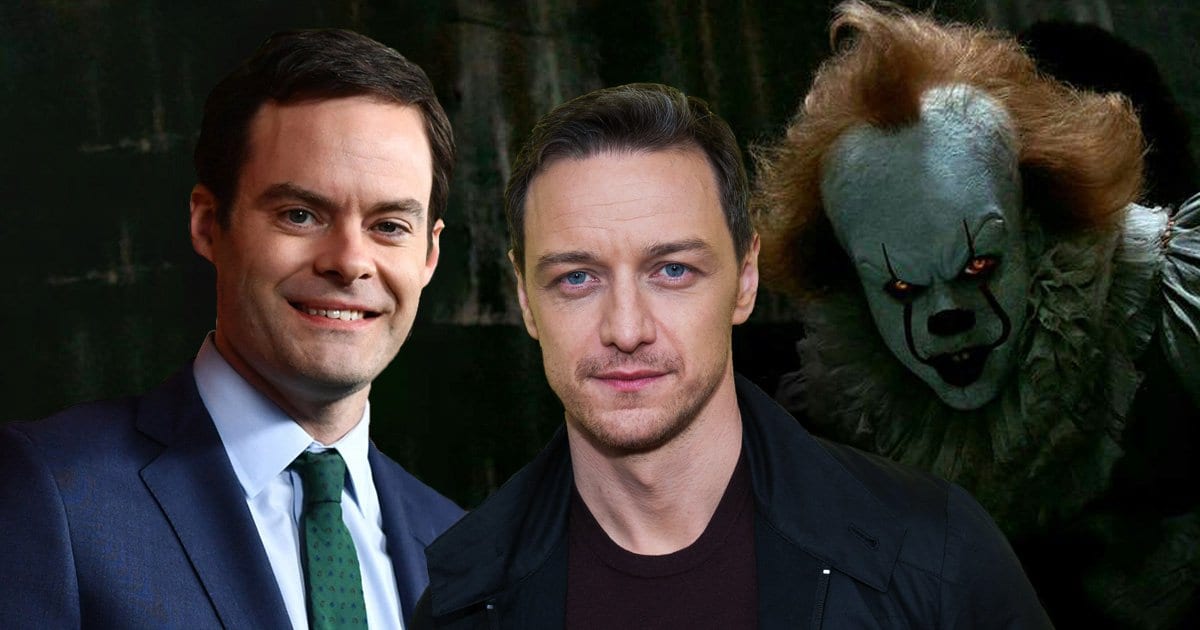 Andres Muschietti’s record-breaking It (2017) had an impressive impact on audiences and critics just less than a year ago. Arguably so, the Stephen King adaptation glued itself quite closely to the 1986 novel and achieved inexorable success box office-wise. The simple plot is so universal and the popular coulrophobic focus of the film clearly resonates with us. At its core, and also a quality even more universal, is that it’s a story that instantiates the cruel, misanthropic difficulties of childhood.

Only recently announced that shooting has officially commenced, this sequel (slated for release on September 6th, 2019) is met with a deviant task. Capturing that same ilk of the first while ironically staving off its own integral, teenage themes is a challenge. It’s greeted with an already star-studded cast. But will the film pop under the pressure that the previous one inaugurated? There are a few disputable ways in which it can avoid floating off into the forgettable wasteland of disappointing sequels. Here are, perhaps, a few caveats that are worrisome:

Whether this is an advantage or disadvantage, this change can be both, pervasively. One obvious aspect of the youthful linchpin in part one is the innocence of these seven characters. In their adulthood, the vulnerability and delicacy to them becomes dramatically diminished. It’s not impossible, but it’s undoubtedly more difficult to really play with the horrors and fears of the estranged losers club when they’re no longer as gullible or insecure.

This was the magic of It but even in the original book, the grownup segments just weren’t as interesting. Not only do the characters develop and become stronger (perhaps a little differently for Stanley), but so, too, does the world around them. Set in 2016, it’ll be intriguing to see how the terror resumes in the modernized world that today’s audiences inhabit. Their more jaded, world-weary outlook is something that needs to be effectively tarnished by Pennywise’s return. Achieving this, while stood on the shoulders of the first, will be a lofty challenge. 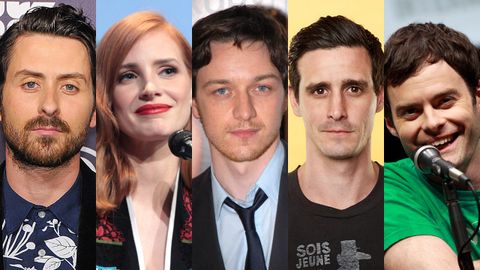 Implementing The Unexplored Darker Tangents of The Book

There are outrageously explicit events from the book that could potentially support the horrific side to It: Chapter 2. Being adults, it surely takes a hell of a lot more to frighten them to the bone. Gathering the alleged cuts left out of the previous film and re-imagining some of those ideas that proved too ludicrous for the predecessor might come in handy. Just How Much Scarier Can Pennywise Actually Get?

We undeniably know this creature by now. We are aware of It’s mind-bending, shape-shifting capabilities although its motivations are fairly idiopathic. It’s plainly just evil and hungry for children, we guess. Skarsgård’s Pennywise seemed to have had quite a significant chunk of screen time in It (2017). But using this iconic villain in a more peripheral sense may help in creating that much-needed impending tension. There I say it, part one felt more akin to a Spielbergian adventure than the psychological horror that the book was.

The Georgie scene by the sewer grate was what, paradoxically, both hindered and glorified the film. Showing the transformed, bizarrely revolting, spider-like monster that Pennywise is — even just for a transient second or two — in such an early phase of the film was damaging, I would argue. It smothered the enigmatic nature to the character. Going into this sequel, there will be too much of a discernibly visual precedent. The beauty of Tim Curry’s performance was that his incarnation seemed pedestrian enough to leave some room for the mind’s eye in creating abstract terror. In other words: your imagination mostly dictated how frightening he was. Pennywise itself might not be scary, but the fluid, transforming concept was.

Casting the villain more in the shadows, using some patience and abstaining from revealing heaps upon heaps may be a start. Gnarling its teeth to the fullest, prematurely, might not prove to be worthwhile. Thus, poking and prodding the audience will be more troublesome this time around. This sequel certainly runs a higher risk at being stale. 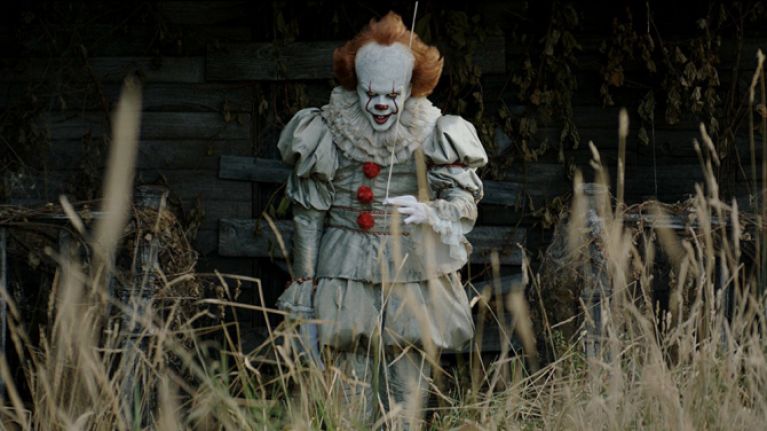 One criticism of the first film that may or may not be agreed upon was its lack of refraining subtlety. Before it was later deflated by creative complications with the studio, Cary Fukunaga’s initial vision was an interesting one to behold. The differences between Fukunaga’s version and Muschietti’s finished film were apparently meager and both stuck to the crux. But Fukunaga’s intentions were to have it more sexual and obscurely creative. It was going in directions that didn’t necessarily stay as faithful to the book or reside within the studio’s parameters.

Muschietti’s It, I would argue, was quite streamlined and safe. Perhaps it’s the primary reason why it was such a success because it appealed to the casual cinephile. Maybe digging up some of the older proposals from the multiple drafts from 2009 to the 2016 finalized script will offer something great. Again, similar to one of the aforementioned points, there is a lot to draw from. Not only from the book but injecting some of Cary Fukunaga’s nutty ideas wouldn’t be idiotic. After all, he still has a credit to his name for the film. The Comedic, Heartfelt (But Cringeworthy) Chemistry of The Older Losers Club

This subheading does seem a trifle pejorative, but it’s really not a major neg depending on your perspective. In the 1990 version, the adults were fine but seemed almost too childlike. Seeing Bill Denbrough and Mike Hanlon — two fully grown men — playing with silver, their dusty childhood bicycle, pretending to be bull and matador was a sad image. Some of the performances were so gung-ho that it made the 11-year-old actors seem more competent in honing in a greater sense of authenticity. They fell into the trap of being overly sensitive and a tad bit unbalanced. Ritchie Tozier also bombed galore.

But on the flip side, it’s understandably cute how sentimental the adult characters are. There is supposed to be this self-deprecating, regressive humor to the bunch. Given the talent that actors such as Jessica Chastain, James McAvoy, Bill Hader and the underrated James Ransone possess, odds are looking good for a fun, meaningful chemistry. But once again, there must be a huge ongoing discussion with regards to their degree of potential goofiness. 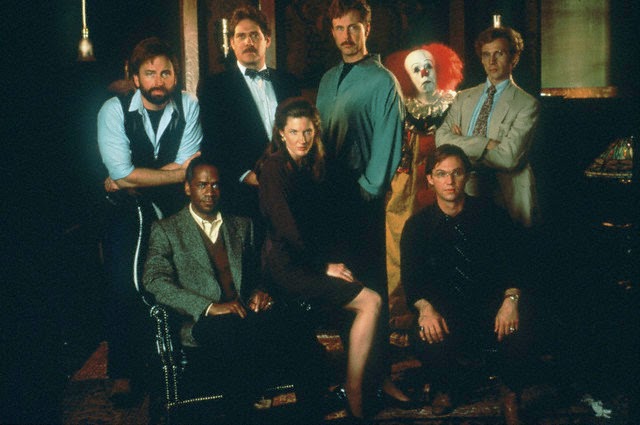 Conspicuously dated, the 1990 version may not hold up as well as we had remembered. However, it still feels freakier — at least, in my opinion. Muschietti’s It is more faithful to the book almost by default as 29 Neibolt St. (an imperative anchor point in the novel) played a crucial role in the film. Henry Bowers murdering his unhinged father was a pleasantly surprising incident included.

This is an aspect to the recent film that fans seemed to like; Muschietti used events primarily from the book and didn’t wheedle about in the older version’s legacy. It’s exciting how much of an open book this sequel is but there is definitely an uphill battle here as the original part two suffered. Muschietti’s It didn’t seem as badly ‘copy and pasted’ as the litany of remakes that seem to embellish as of today. Ignoring most of the 1990 two-parter should absolutely be encouraged. … And On That Note, Wrapping It Up Nicer

We’ve all sat there slack-jawed at the plastic, spiny spider that resembled the friendly ant from Honey, I Shrunk The Kids. Awful, just awful. Albeit, the novel still displayed the evil spider as the true form of It but that execution was by far the most abysmal aspect to the original. Adding the metaphysical ‘Ritual of Chüd’ that Bill and Ritchie embark on, essentially battling Pennywise through a psychic mind battle, can spice it up. That final boss fight can be awesome if done similarly to the novel. Stephen King has never exactly been revered for masterful third acts, sure. But it can only be upwards from here. 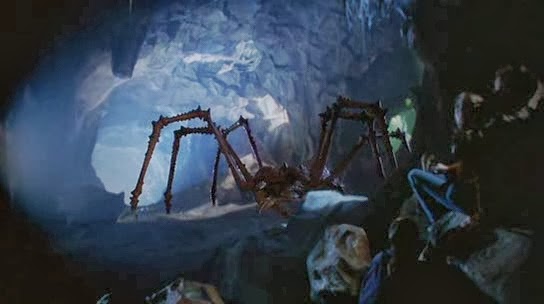 Thanks for reading!  What are your thoughts on It: Chapter 2?  Comment down below!