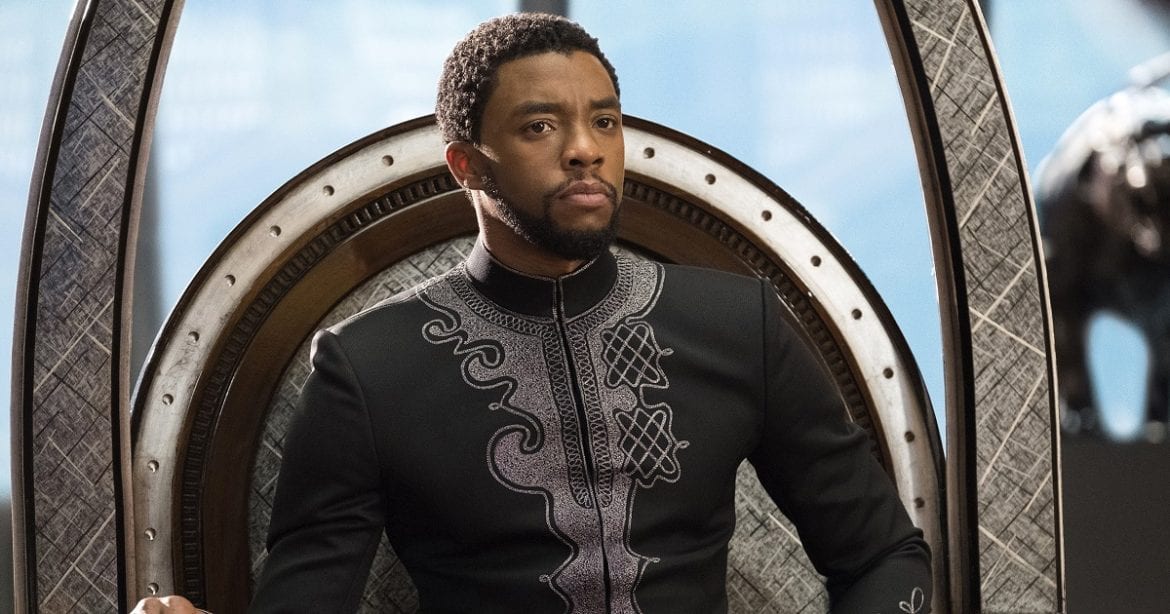 Even in comparison to recent Marvel superhero films, Black Panther stands out as a gem, just not the kind that Thanos is after. Ryan Coogler’s box office hit manages to accomplish something few new fantastical films do: having a solid plot. A good plot has a potent history (including flashbacks), strong character development, and a necessary goal which comes to fruition. In this respect, Black Panther did not disappoint.

Black Panther‘s Highs, Lows, Actors, and Its Place in the MCU

Compared to other MCU movies, say Doctor Strange or any of the Thor films, for example, Black Panther not only proves to be refreshing, but going into theaters to see it, more was expected of it than of those other movies. It held the world’s hearts (and critics) at stake, and it delivered. Unlike many of the Avengers screen adaptations coming out, Black Panther was a more down-to-Earth type of story. There is certainly elements of myth and science fiction, but the audience isn’t introduced to an army of invading aliens from some ominous dimension. That came in Infinity War.

We get our first look at Black Panther on the screen in Captain America: Civil War. And the mood of his own movie is more like that of the Captain America films. Interestingly, Michael B. Jordan who plays Killmonger and Chris Evans who plays Captain America both had a previous Marvel role. Both have portrayed Johnny Storm in different renditions of the Fantastic Four films: Evans in 2005, and Jordan in 2015. They went on to hold key roles in newer Avenger-related movies. This also wasn’t Jordan’s first time collaborating with director Ryan Coogler; he starred in Coogler’s 2015 movie Creed and 2013’s Fruitvale Station. (Creed II is on its way!)

This is a movie focused primarily on one hero, not several, and it doesn’t make blatant references to other key Marvel characters except, perhaps, for the “Tolkien whites,” (a phrase Andy Serkis and Martin Freeman have given themselves), whose characters have appeared in past Avengers films. As the first in what will hopefully become a popular movie saga, Black Panther laid a strong and convincing foundation for building upon which was entirely necessary.

Some of my peers in movie geekery considered the CGI to be off. For the most part, I don’t agree with this opinion. All of the visuals (eg: ships, explosions, battles, Black Panther’s suit, etc.) were executed quite well. I was also impressed with the sand-like CGI which appears in the beginning of the film. The sandy visuals accompany some backstory narrative which gives the audience a good feel for the global picture in a historical and cultural sense. The only sequences in which the computer-generated visuals seemed “off” were those when T’Challa (Chadwick Boseman) talks with his father T’Chaka in the spiritual realm.

In this visitable afterlife, the spirits of the past kings of Wakanda (the Black Panthers of previous ages) are represented as actual panthers. All of them are situated in a single tree amidst the magical grassland. It’s these panthers and the transformation of one into T’Chaka as a man who the viewer’s eyes might feel cheated. The CGI quality does not seem as high or as detailed for those few segments. Although, I’ll say the purple sky of the spirit realm makes for a fantastically beautiful backdrop. However, the spiritual plane sequences felt similar to those in Thor: Ragnarok. In both films, the main character (who also happens to be a ruler) confronts his deceased father in the afterlife to get some valuable advice.

One of the strongest points made in the Black Panther movie is the definite need to help others and not just one’s own people (as in, only those of one’s own nation). There should be no boundaries limiting charity and unity. T’Challa and his enemy Erik Killmonger (Michael B. Jordan) are similar in a couple of ways. Both feel drawn toward positions of leadership. The two of them are also hell-bent on doing what’s best for the ones they care about, or so it seems. image via The Federalist

T’Challa wants to keep the people of Wakanda safe, whereas Killmonger takes safety several steps too far by trying to arm “his people” in order to pay back the world for the wrongs it has done them. For a time, Killmonger is the “legal” Black Panther, king of Wakanda. He displays his qualifications for the position which are next to none. He wants bloodshed, the only thing he seems to be familiar with; he cares nothing about the common good, not even for himself, as it turns out.

As a man who kills his partner as well as the woman whom he treats as his sweetheart, Erik Killmonger proves time and time again that he has practically no respect for human life. The scene where he lifts a woman up off the ground by the neck calls to mind Darth Vader’s show of brute strength in Star Wars IV, in which the Sith picks up a man by the throat, holding him suspended a foot above the floor. Killmonger is perhaps just as cruel as Vader. But unlike the famed Star Wars character, Erik Killmonger never repents of his evil deeds. Already wounded, he forces the blade he’s plugged with deeper into his body, killing himself.

The Reason Behind the Making of Black Panther

Perhaps the most vital underlying cause for making this film was to call to mind black heritage. As Black Panther director Ryan Coogler stated regarding working on this magnificent undertaking, “I wanted to explore what it means to be African.” First released to public theaters in February 2018 (Black History Month), every aspect of the movie calls to mind tidbits of Africa’s past as well as its numerous cultural traditions. As a result, the film has a very clean Afrofuturism-ish style to it. After all, we don’t have awesome Klingon-like cloaking ships. It’s cool to think we might in the future though.

However, even though it does have an Afrofuturistic feel, it’s not futuristic. It’s definitely a fantasy, but it takes place in our present day. The African-American music artist Sun Ra believed music and technology could alter the world, even heal it. This is exactly what Black Panther depicts. History has already given us proof that technology changes, but Coogler’s hit film depicts in a fresh, vivid way. 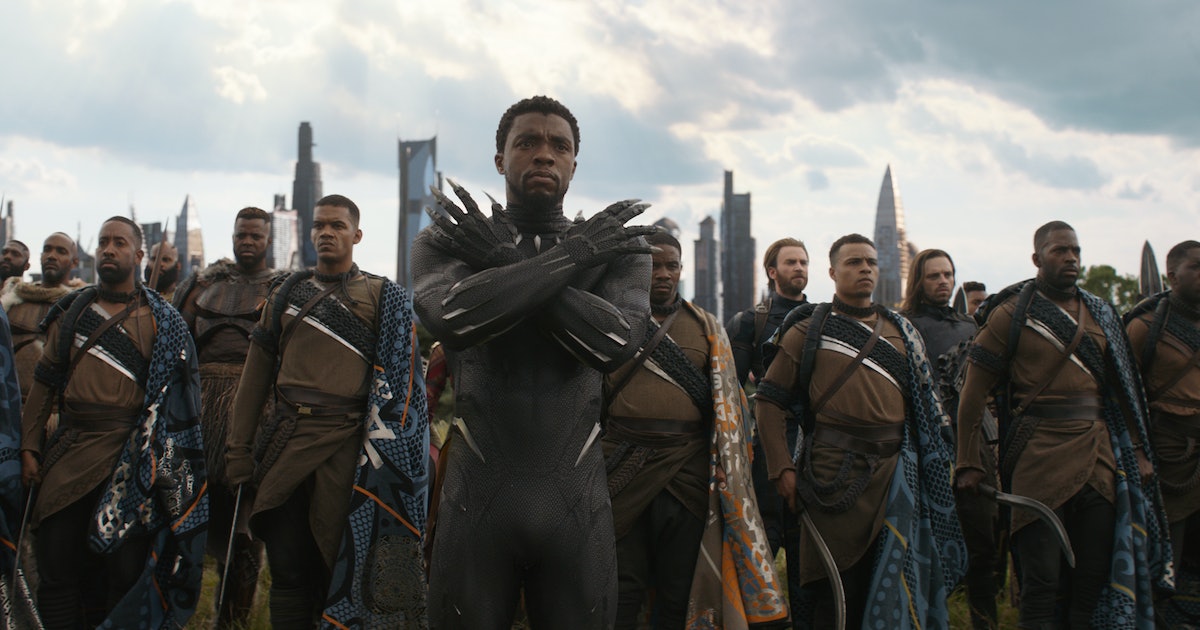 Everyone in the movie who knows about Wakanda is interested in vibranium, a pure metal which is practically indestructible. T’Challa wants to keep it hidden from the outside world. Klaw wants to sell it. Shuri (whose character is potent and quite enjoyable) wishes to harness its scientific capabilities. And Agent Ross is pleasantly fascinated by it. It is vibranium that helps build the stunning technology the Wakandans have.

Then there was the music, so many styles of music. Ludwig Göransson beautifully composed the music for the accompanying scenes with both classical and modern electronic scores. Killmonger’s theme has been making the rounds on the radio stations. But the soundtrack also includes those tribal chants we hear being sung proudly during T’Challa’s coronation rituals. Altogether, we see a variety of tones in the entire soundtrack, each evoking a unique emotion.

There were several aspects of the film that I was still hungry for, things I wanted to know more about. For example, what was vibranium’s true source? It’s explained in the comics but never in a film. Aside from vibranium’s extraterrestrial past, as the viewer, I really want to know more about the amazing heart-shaped herb. Why is it so potent? Are there any other growing beds that were kept safe from Killmonger’s decree of burning the herbs? Apparently, the plant’s unique properties are explained in the comics as coming from the radiation given off by vibranium. But this is not really touched upon in the movie. For modern Marvel fans who only have the time or interest for focusing on the content of the films, it’s better for the filmmakers to provide as much backstory as possible.

The DVD Release and the Film’s Huge Cultural Success 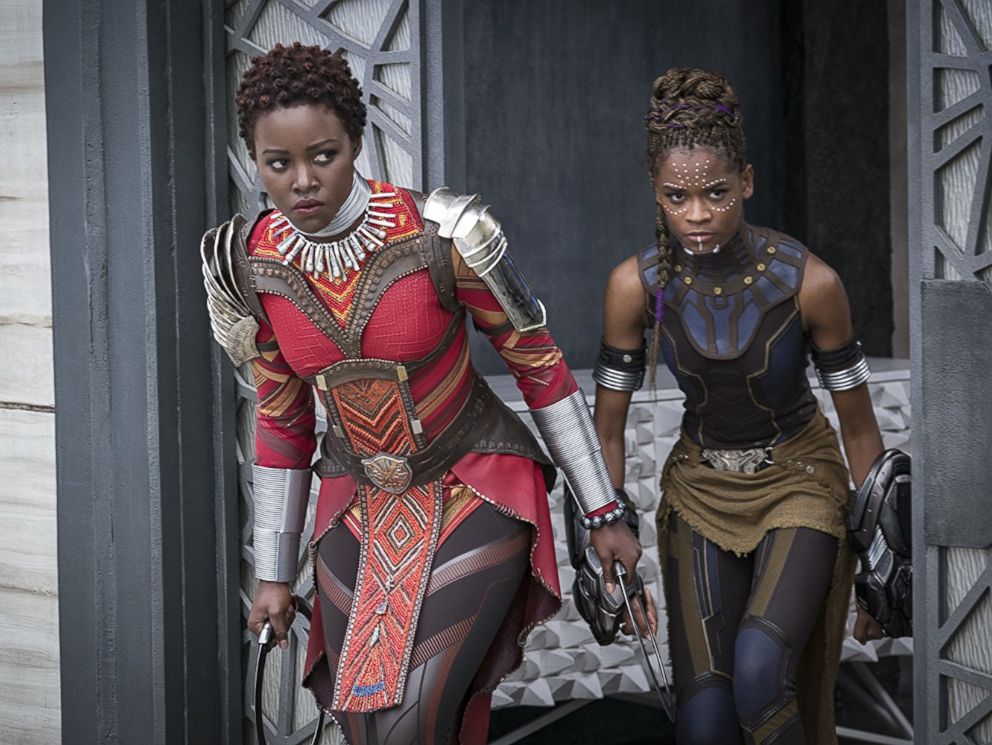 The DVD release was okay I guess. But it didn’t really have what I was hoping to find from a collector’s standpoint. I would have loved to see more behind-the-scenes footage, interviews, and clips on the making of the movie. A lot of this material can be found online, but it would be great and in many ways convenient to have it available with the movie on DVD.

So obviously the feature was the best part of getting the DVD. The only real “bonus material” offered was sneak peaks for video games, many of which are inspired by Black Panther’s character. Michael B. Jordan, who furbished a brilliant portrayal of Killmonger, has won an award for best villain (the villain happens to be Killmonger by the way) at the 2018 MTV Movie Awards. And this award was not misplaced.

The movie has had a significant impact on many and has attracted a wide audience, many of which keep returning. Because of this long-term popularity, Black Panther has achieved the great honor of being listed as the 40th highest-grossing film ever screened in North America!

In Africa, the country of Ethiopia has expressed its love for the movie somewhat more so than other parts of the continent. Some Ethiopians believe their nation was the prime inspiration for the fantastical realm of Wakanda. The movie strives to bring people together, to give the world a better understanding of humanity and a vast range of cultures. I think it’s starting to do what it was meant to, and despite Infinity War‘s climatic ending, I’m confident the Black Panther’s amazing character will see us far into the future.

Thanks for reading! What are your thoughts on Black Panther? Comment down below!

I really liked the first act of this film. The second act (Killmonger’s ascension) was good. I found the third act to be a let down, much as the third acts of GOTG2 and, to a less extent, Thor Ragnarok were. For me, a film that starts strong and ends weak is almost always a weak experience overall. Big action sequences are always risky at the end of a film if they don’t also deliver a satisfying resolution to the whole story. Black Panther did succeed in delivering a good denouement, but overall, I came away thinking that this film could have been better.