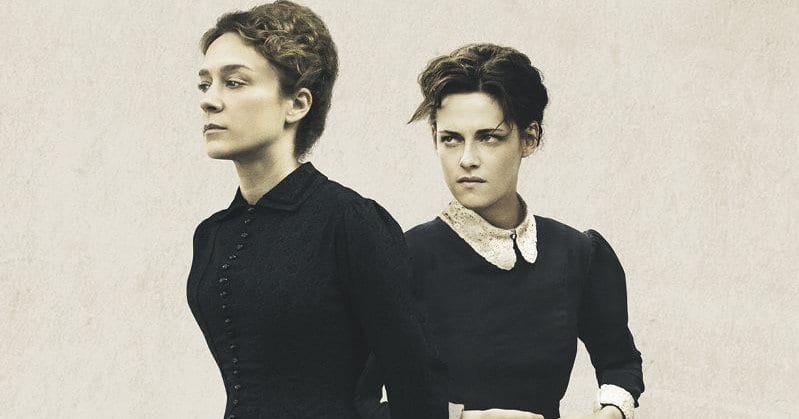 Lizzie Borden comes in and out of fashion whenever feminism or unsolved murders do. While it’s not particularly feminist to bash in the heads of two defenseless people with an axe, director Craig William Macneill’s Lizzie is a refreshing, if derivative interpretation of the Lizzie Borden murders that highlights the sometimes gory consequences of female powerlessness.

This review will contain spoilers for the original Lizzie Borden murders.

Lizzie Borden (Chloë Sevigny) is a frustrated epileptic whose relationship with her father, stepmother and sister could only be described as abysmal. Lizzie’s father, Andrew Borden (Jamey Sheridan), is a thoroughly unpleasant, domineering tyrant who likes verbally abusing his daughter, disowning her and serving her slaughtered pet pigeons for supper. When he’s not doing that, he’s staring grimly at threatening messages that keep turning up in odd places, and raping the new housemaid Bridget (Kristen Stewart) when it all becomes too much. In Bridget, the isolated and vulnerable Lizzie finds a kindred spirit in whom she can confide.

Society frowns upon their relationship for two reasons. First, Lizzie breaches the class divide by teaching Bridget to read and by calling her by her real name, not the ‘Maggie’ that was traditionally slapped onto female Irish servants. Second, Lizzie and Bridget are in the grip of a strong sexual attraction that could mean social suicide for the Borden family. As Andrew’s grip on his daughter tightens, and the environment at home becomes all the more toxic and malicious, Lizzie’s carefully suppressed sociopathic tendencies begin to emerge until she’s hovering on the edge, at breaking point.

Alias Grace Without the Awesomeness 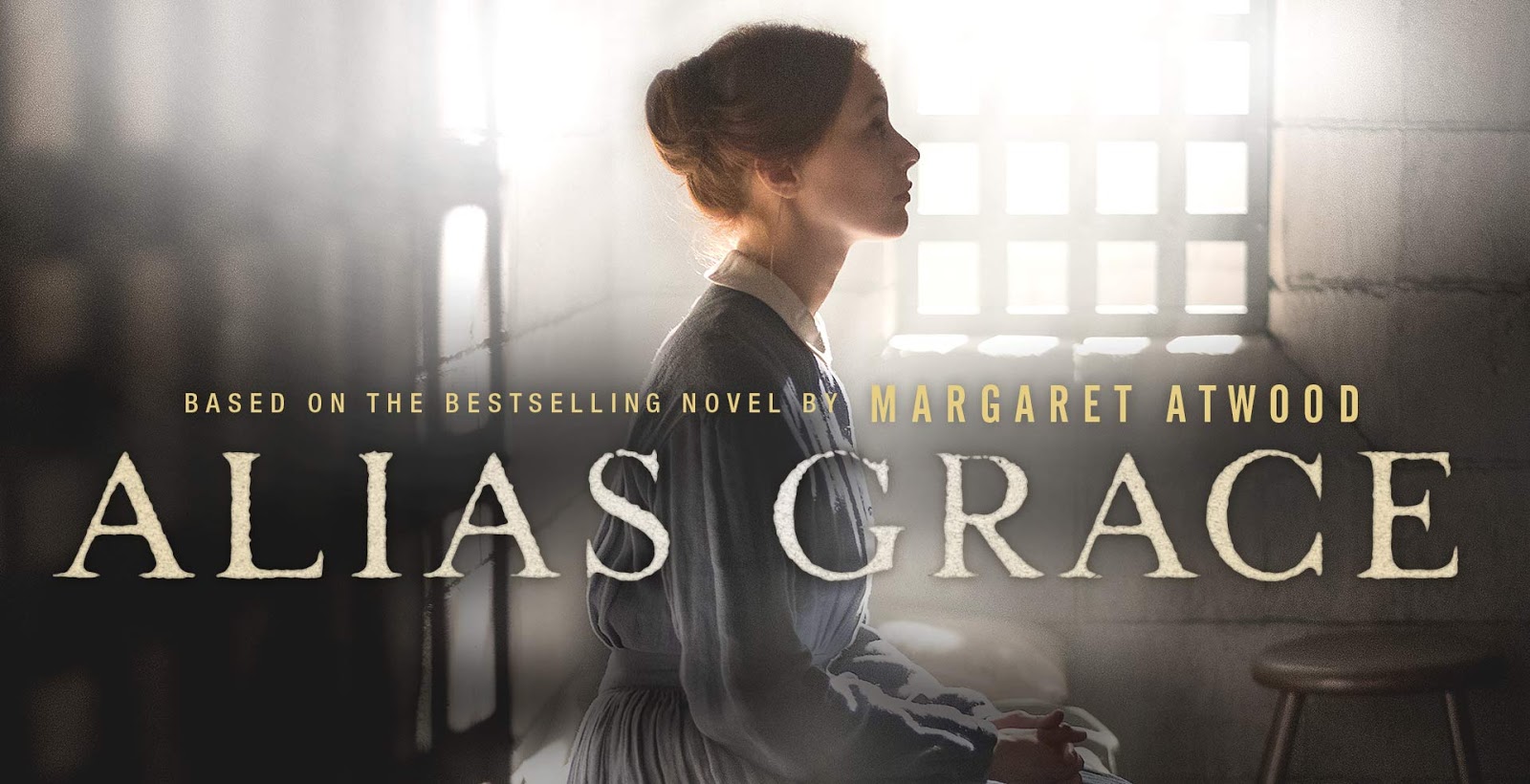 With its gripping ‘is she lying?’ ‘did she do it?’ ‘what did she do in the first place?’ storytelling that keeps us guessing till the end, Lizzie doesn’t succeed at much apart from trying (and failing) to be Alias Grace. As a homage, it is inadequate, and omits many of the characteristics that make Margaret Atwood’s novel (and its excellent TV adaptation) extraordinary. The first of these is the magnificent, sometimes erotic duel of words between Atwood’s protagonists, one speaking, one listening. The other is the presence of a heroine who makes us care about her regardless of her moral ambiguity. Better acting (see below) and a more detailed portrayal of Lizzie and Bridget’s relationship might have solved these problems.

The only area in which Lizzie pays adequate homage to Atwood is its portrayal of characters driven out of docility by harassment and abuse, and the tragic consequences that may result when trauma has been building for most of a character’s life. 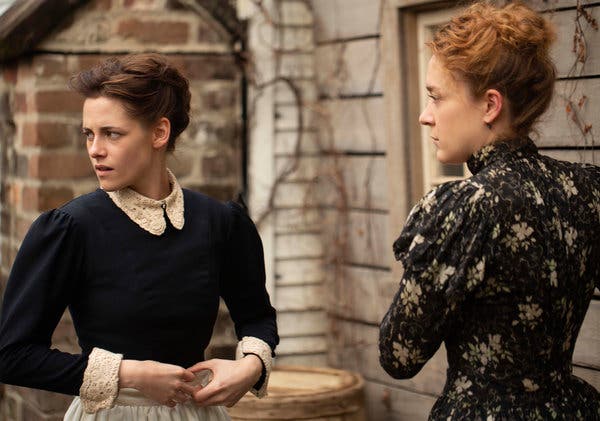 There is nothing overly wrong with the acting in Lizzie. It is indifferent rather than awful. Even now, I’m not sure if the murder scene is so horrendously effective because of Chloë Sevigny’s acting, or the truly exceptional sound effects that make sure we feel all forty whacks right in our guts. The rest of the time, Sevigny is all restraint and smouldering self-control. Kristen Stewart indulges in less lip-biting than usual and shines in Bridget’s vulnerable moments. As for that electrifying chemistry that people keep talking about, it’s limper than a dead fish expelled from an unsounded sea. This is a bad thing, because while such a creature might at least be interesting to a marine biologist, this particular fish is not especially interesting to anyone. Which brings me to my next point.

Diversity for the Sake of It Does Not Make Better Movies

One of the things that is supposed to make this film radical is the lesbian relationship between Lizzie and Bridget. I’m as thrilled as the next person that ladies are able to have sex on screen without lawsuits and hoards of protesters screaming outside cinemas, but I do get rather miffed when diversity serves no discernible purpose. The relationship contributes nothing to the story. There is no sense of inevitability about it in the characters’ first meeting or blossoming friendship. Neither Lizzie nor Bridget appears to be much changed by it. There is also zero indication that Lizzie and Bridget would not have plotted together had they simply been friends. This film would have been much more effective had it focused on powerful female friendship and solidarity among abused women. You don’t need to be bonking someone to identify with them.

It’s Not All Bad

The score is also pleasantly understated (when it’s not ripping off The Shining) and forces us to look to the characters for some explanation of their inner lives. It’s an explanation that we spend most of the film waiting for, and this, perhaps, is Lizzie‘s greatest success. The film possesses that rare ability to make Lizzie’s actions unpredictable, even when the audience knows what will happen in the end. That’s good storytelling. I wish it could have been better.

While watching Lizzie, I tried really hard to work out why I was enjoying it so much. I have shown that it has many faults; lack of originality, indifferent acting and pointless sex being among them. And yet, I was gripped almost to the end.

Thanks for reading! What are your thoughts on Lizzie? Comment down below!

Nick, I really have to agree with you. I can enjoy a bedroom scene as much as anyone, however, it becomes a waste of time trying to figure out the relevance. Movie makers should be aware of that and not let the writers put it in the script.
Merry Christmas and Happy New Year to you and yours. Not to forget all the other seasonal celebrations.