When Bad Is Good – Why Did We Like ‘Cocktail’ So Much? 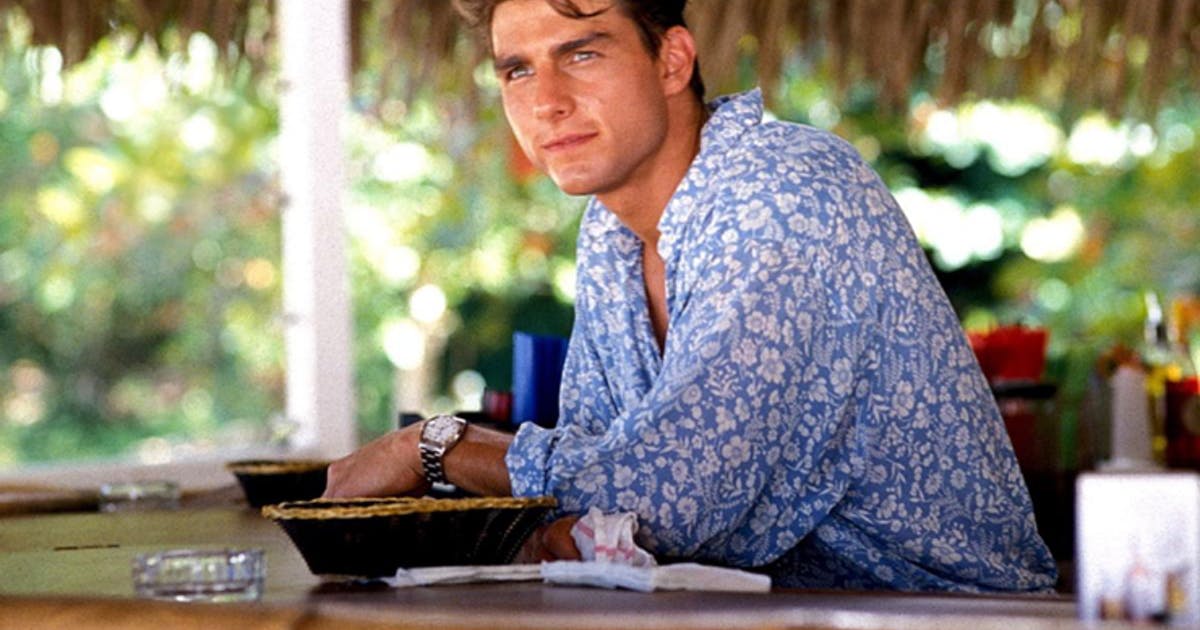 Sometimes a movie catches you at exactly the right moment; a sweet spot of time, place, and circumstance where you’ll buy whatever that movie is selling. I watched Cocktail when I was a teenager at a sleepover with my friends. We rented it. On tape. Yep, Cocktail is 30 years old this week and it’s a movie that’s indelibly plastered across the mental scrapbook of my youth.

On release in 1988, and ever since, Cocktail has been almost universally panned by critics, winning Razzie awards for Worst Picture and Worst Screenplay.

But … I loved it. The dodgy storyline and weird hair-length continuity issues just washed over me. I was enthralled by the heady mix (or cocktail if you will) of attractive things. Tom Cruise (Brian) was at the height of his heartthrob powers, flashing his million dollar smile from behind the bar. Elisabeth Shue (Jordan) was gorgeous in an approachable way. The soundtrack made you feel like you were on vacation. There was THAT waterfall. Ah, it was golden. 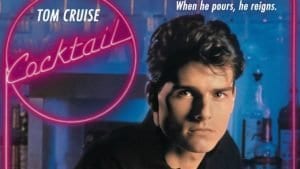 With the Benefit of Hindsight …

Looking back through a pair of 2018 glasses the movie has some err … problems. Brian’s mate Doug Coughlin (Bryan Brown); older, and never afraid to give a bit of advice, places importance on two things: Money and ‘scoring’ women (wealthy ones preferably). That’s the thing with this movie, it represents women with money as either: Rich Chicks (Dad’s money) or Corporate Witches (their own money but they are unpleasant, overbearing, and obsessive). It doesn’t play well now. I’m not getting into that except to say that it’s nice to reflect on what progress has been made.

So, despite a dodgy plot, average performances, and questionable underlying values, Cocktail was a big hit at the box office. The film also made it into The Official Razzie Movie Guide as one of The 100 Most Enjoyably Bad Movies Ever Made. It was pretty terrible and yet people liked it. So what was it about Cocktail?

Whatever you think about Mr Cruise these days, back then he could do no wrong. Cocktail came out hot on the heels of Top Gun and The Color of Money and Tom was pinned to the bedroom wall of every girl I knew — along with Michael J Fox, Ralph Macchio, and that guy from Growing Pains.

The Girl Next Door

Elisabeth Shue’s Jordan was so relatable (to use a term that no one used then). By then we knew and loved her as Ali in the original Karate Kid movie that was such a big hit in 1984. She was likeable and sassy. You could imagine yourself being her and wearing those cool hammer pants to the beach.

The onscreen chemistry between Cruise and Shue was pretty sensational. It’s not a given that the falling-in-love bit will be believable, but in this case the montage was tummy-flippingly good. Did I mention a waterfall? 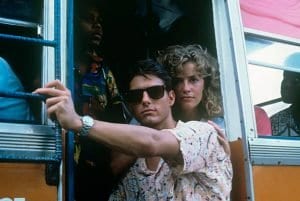 Coughlin’s Law – Drink or Be Gone

This movie was all about the booze and it glorified the heck out of getting wasted. Socially responsible or not, everyone wanted to be in that bar with Brian and Doug. The bottle-flipping scenes weren’t in the original script and adding it was a stroke of genius. In 1988, all over the world people were doing the Hippy Hippy Shake and smashing bottles of vodka on their kitchen tiles.

Brian Flanagan starts out on a mission to get rich, that was important to him above all. Eventually we see him grow and realize other things are important. He foregoes his rich girlfriend and tries to win back the heart of Jordan who is not rich — she then turns out to be really rich — but then gets cut off by her Dad for dating Brian. She has a studio apartment in New York though, and it’s likely her Dad will forgive her … so Brian probably got the money and the girl even though he was a big jerk to her. 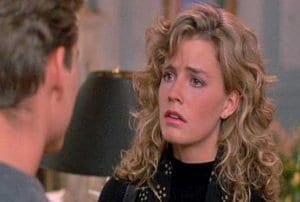 You know when you have to clean the house so you put on music and it instantly changes your mood? There is no doubt that great music can lift a mediocre movie and, in this case, the soundtrack sold 4 million copies. Bobby McFerrin became a household name after ‘Don’t Worry Be Happy’ featured in the movie and then hit number one in the US charts later that year. It was also so enthusiastically thrashed that it went on to drive us all nuts.

Bad CAN Be Good

Despite regularly featuring near the top of the ‘Worst Tom Cruise Movies’ lists, Cocktail is a bit of fun remembered fondly by many. It’s no Breakfast Club or Dirty Dancing but there was enough there for me to watch again over the years and I certainly owned the soundtrack on cassette. Critics rolled their eyes but Cocktail’s blend of star power, romance, and killer tunes was a recipe for box office success.

Thanks for reading!  What are your thoughts on Cocktail?  Comment down below!

Best Tom Cruise Movie Ever! Before he very weird!!

Why I liked Cocktail in one word.
Elizabeth Shue!

Tom Cruise brought people to Cocktail. Elizabeth shue kept them there and brought them back again and again. Elizabeth shue’s character (Jordan Mooney) is very complex. Shue deliver’s a very good performance in the movie as well.

Without a doubt,this is the WORST Tom Cruise movie ever,what insipid,vapid excuse of a film….